Eric Newton is the innovation chief at Arizona State University’s Walter Cronkite School of Journalism and Mass Communication. He also serves as a consultant for the John S. and James L. Knight Foundation assisting with special projects and grants.

Prior to coming to ASU, Newton was the senior adviser to the president at the Knight Foundation. While at Knight he also served as the vice president of the journalism program and director of journalism initiatives. In these roles he helped build the journalism and media innovation program from a department of one into a team of seven, overseeing the development of more than $300 million in grants.

Before that he was the founding managing editor of the Newseum, leading the content team at the world’s first museum of news.

His work experience also includes careers at California newspapers, including the Oakland Tribune as managing editor.

Newton has been involved in the past, present and future of journalism during his career – telling the story of journalism at Newseum, engaging with today’s news as a newspaper editor, and seeking innovations at the Knight Foundation to help lead journalism to a better future.

In addition, Newton has taught journalism at all levels and is the co-founder of the First Amendment Project, a nonprofit law project. He holds a bachelor’s degree in journalism from San Francisco State University, as well as a master’s degree in international studies from the University of Birmingham in England. His credits include a Pulitzer, a Peabody and awards for freedom of information and investigative reporting.

Newton resides in Phoenix, Arizona with his wife, Mary Ann Hogan, who is a nationally recognized writing teacher; they have two sons, William and James. 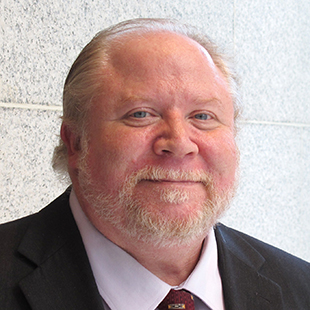