Garretson is a digital media and advertising technology innovator, having launched numerous digital products and companies starting in the early 1980s.

He is co-founder and adviser to Ovative/Group where he works with major brands and agencies on innovation discovery through the venture capital industry. Garretson also is an adviser and board member for venture-backed digital media and ad-tech startups. He is a board member of Twin Cities Public Television and a committee member for NextAvenue.org, a new public media initiative for boomers.

Earlier, Garretson was a Best Buy corporate strategy and innovation executive where he developed digital media products monetized with advertising. He also was Best Buy’s liaison to the venture capital industry.

Garretson also was a partner and founder of the digital practice at an agency now owned by Interpublic Group, and he co-founded the digital agency NOVO, which was acquired by Publicis in 2001.

Garretson holds a bachelor’s degree in journalism from the University of Missouri.

He lives in Edina, Minnesota with his wife, Carla Bender, who is a retired corporate communications executive. His son Mark works for the software company Concur, and his daughter Jessie works at Random House in New York.

In his free time, Garretson enjoys collecting art, cooking and spending time with his two Havanese dogs, Chloe and Hobbs. 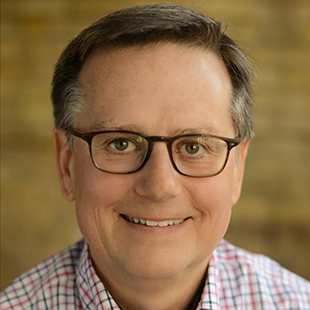