Trina Chiasson is a senior product manager for Tableau Software. Prior to that, she was the co-founder and CEO of Infoactive, which was acquired by Tableau in 2015.

Trina Chiasson’s work in media has taken her from her home in Maine to Washington, D.C., Hawaii and Chicago. During her fellowship, her work took her to Missouri. A graduate of the University of Southern Maine with a bachelor’s degree in economics, Chiasson has since formed a career in media.

She was the executive director of Media Make Change, a social change organization she launched with a colleague that produced events like Project Haiti Speaks to give a voice to earthquake survivors. These experiences left her with the goal to find a way for organizations to engage with readers, changing them from passive observers of information to active participants.

Chiasson realized that this wasn’t just an issue limited to nonprofit organizations, but one that could be adapted for all forms of media.

In 2012 Chiasson set up Infoactive, a company that is designing software to translate data to interactive graphics. Infoactive’s software will be a web-based program allowing professionals without experience in graphic design to create impressive graphics for online storytelling.

In her spare time Chiasson loves to read and work with programming computers. She is a passionate cyclist, and has ridden more than 4,000 miles from Maine to Oregon to raise money for the Bicycle Coalition of Maine.

Chiasson enjoys raising garden vegetables and has grown tomatoes, watermelons, strawberries, basil, peppers, peas, and lettuce on her porch at her home in Chicago. 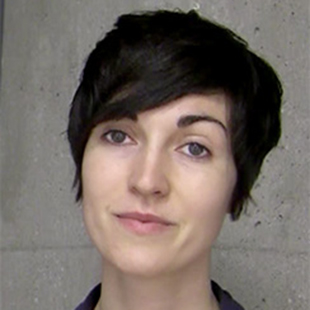