Will Sullivan is an innovation specialist for 18F, a federal tiger tech team that builds better digital product, process and procurement for government agencies. Prior to that, he served as the director of mobile for the Broadcasting Board of Governors, an independent federal agency that operates radio, TV and digital news and information properties including the Voice of America, Radio Free Europe/Radio Liberty, Office of Cuba Broadcasting and the Middle East Broadcasting Networks.

He has won more than a dozen awards for his innovative interactive work from organizations including the Online News Association, Editor & Publisher Eppy Awards, Pictures of the Year International, Society for News Design and National Press Photographer Association.

Sullivan is co-founder and co-director of the National Press Photographer Association Multimedia Immersion workshop, which has educated almost 200 professional photographers how to thrive in the multimedia environment. He has led workshops around the country for organizations including South by Southwest Interactive, The Poynter Institute, Associated Press Media Editors, and taught as a guest lecturer at more than a dozen universities and consulted for several major journalism corporations.

His news and technology blog Journerdism.com was selected by Harvard University’s Nieman Journalism Lab as one of the 10 Best “Future of Journalism” blogs. He has been one of the New York Times picks for the best Twitter users for interactive journalism and has been named one of the top 15 minds on Mashable.com’s journalism Twitter list. 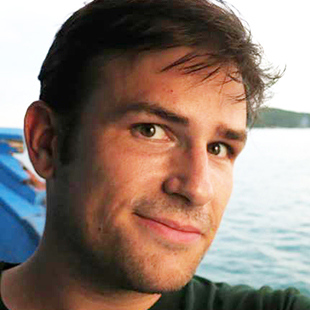