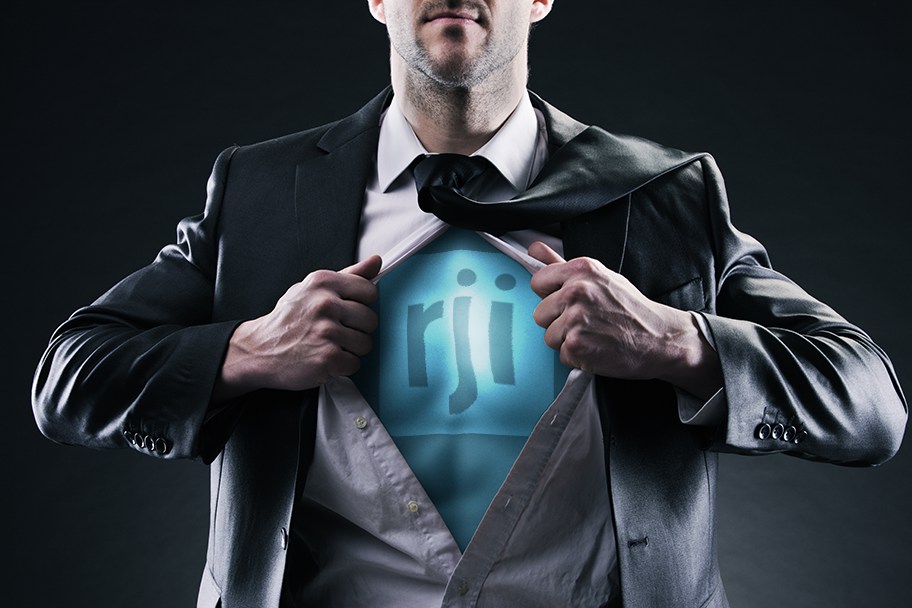 A not-so-subtle theme kept cropping up this week at the Collaboration Culture Symposium (#rjicollab) at the Donald W. Reynolds Journalism Institute: a superhero theme. Speakers conjured up images of caped crusaders in search of new alliances to fight the evils that have befallen The Fourth Estate. Those evils have eroded and disposed of the neophyte and the venerable alike. Allow me to enumerate: They include a loss of audience, resources and staff, disintermediating, dispossessing and disrupting every phase of a once predictable profession. As Forbes’ Lewis D’Vorkin noted, journalism has become “an open world that cannot afford the old structure.”

What can save the day? A super alliance: collaboration.

Collaboration is such a hopeful term. It embodies the very best of what can result when working together. It implies openness, intelligence and a yearning for excellence. Years ago, I used collaboration as one of the cornerstone 4 Cs to model a newsroom I managed. “Coordination, communication, cooperation and collaboration,” I would recite these to anyone who would listen. It was the anchor of our workplace persona. For me, it was the bedrock.

So I was excited, last summer, when RJI leadership suggested collaboration be the theme of our third spring symposium. Our leadership zeroed in on collaboration as “the thing” news and media organizations needed to improve upon in 2016, as money grows tighter and staffs and resources leaner.. Organizations are having to focus on core competencies, doing more of those things well, while coming to terms with, and delegating out, the functions that aren’t core strengths. Rather than underperforming in those areas, organizations are finding it more efficient to partner with outsiders who possess and excel in those other areas.

Collaboration should be easy, but based upon the responses from the more than two-dozen participants in this year’s symposium, the takeaway is clearly that it is not. Our symposium participants included leaders from a broad range of media companies including Google News Lab, Gannett/USA Today Lab, E.W. Scripps, Microsoft Store, Forbes, The Wall Street Journal, Banjo, Relay Media, Smithsonian Networks, Media Trust (UK), Matter, Brain Traffic, Influence and Co., Poynter, Investigative Reporters and Editors and Center for Investigative Reporting. By signing on to the event, most participants acknowledged the theoretical need for and benefits of collaboration in the workplace. But as they took to the podium, one after another, each acknowledged the difficulties the “C” word had delivered along with its promise.

If we are to assess the powers collaboration can provide, suggested our contributors, we first have to come to terms with our own doubts, weaknesses and shortcomings as journalists, as media managers and as keepers of a vital public trust. To collaborate, we, individually and collectively, must be willing to check our egos at the door, assess and modify outdated notions of the role journalists provide, and better create the role journalism can and must provide in the future.

In much the same way startups embrace failure, collaboration also requires a fail-quickly-and-correct-course mentality. It is only in pre-emptively encountering our kryptonite that we develop adequate strategies to minimize our exposure to its damaging properties. Matter’s Corey Ford suggests the path of entrepreneurial success resembles “a drunken walk,” and it’s a course all his incubated startups are forced to take. Erratic. Unpredictable. Uncharted. Success, for Ford and Matter, lies not just on the other side of our obstacles, but is discovered in the full-on confrontation and overcoming of the very elements we fear the most.

Here, according to our participants, are seven reasons why collaboration is harder than it appears, and reasons to overcome each adversity.

In his summary remarks during the final session, Banjo’s Victor Hernandez seized on this superhero theme. Ripped from the headlines, “Batman v. Superman: Dawn of Justice” hits movies theatres this weekend. The gist? Even superheroes must collaborate to defeat dark forces.

Is it a stretch, this portrayal of journalist as superhero? Perhaps. (But Clark Kent’s credentials are unquestioned.) Where then, does journalism draw its power? Referencing a caricature of Batman, Hernandez asked those in the room, “What superpower does Bruce Wayne possess when cloaked and caped.” A protracted pause later, Hernandez excitedly noted it was Batman’s utility belt, plainly there for all to see yet overlooked by nearly everyone in the room. Placed in the right hands, with the right knowledge, and in alliance with other forces, it is in knowing what to use and when to use it that our chances of survival increase. Superheroes aren’t lone wolves, however. Mercer University’s Tim Regan-Porter, quoting Eddard Stark from Game of Thrones, noted, “When the snows fall and the white winds blow, the lone wolf dies, but the pack survives.”

And so, following the box-office example of Batman and Superman, journalists must summon their collaborative powers. It won’t be easy. To be sure, the dark forces journalists face aren’t the stuff of fantasy. Even working together, the outcome of our problems remains in doubt. But no one, our contributors agreed, is better suited to overcome these obstacles than the very organizations confronting them. Quoting Clay Shirky, Matter’s Ford notes: “If the old model is broken, what will work in its place? The answer is, nothing will work. But everything might.”