Developing an engaging voice remains one of the most underappreciated changes required for successful local digital transformation. You can launch new podcasts, newsletters or videos. You can increase daily story output. The efforts won’t amount to much if the voice that runs through those doesn’t shift from the institutional to the human.

There are many reasons why many newsrooms have been tentative in this regard. Some believe more voice means less objectivity and fairness. Others say they lack the time to properly develop voice in the face of crushing daily workloads. Some may not possess the right talent. And many that have that talent fear managers won’t provide cover when — as is inevitable — transitioning to a more active voice leads to a few experimental missteps.

But the shifting of local journalism’s revenue burden from advertisers to consumers can’t be successful if we don’t get better at talking to our paying human beings like, well, human beings.

The importance of developing a strong voice is something many digital-first publications understood before they launched. Buzzfeed, Vox,  Vice and Gawker’s sites got that the best way to compete against institutional brands was to pull a George Constanza: do the opposite. And while some of the aforementioned sites used partisan politics as the frame for that voice, that’s not the only path. You can develop an active, engaging voice without signing up as a soldier for our ugly culture wars.

So, what does “writing with voice” mean?

It means speaking the language of your local audience.

At Billy Penn — one of the sites we launched at Spirited Media — we frequently dropped “jawn” into stories and headlines (if you don’t know what “jawn” means, well, you’re not from Philly).

Every city and town has its own colloquialisms. We should embrace them philosophically and use them liberally.

It means talking to readers like they’re friends in a bar, not an amorphous blob.

We’ve made significant strides in involving consumers by asking for news tip, photos, comments, etc. But we often do it in a stodgy, inaccessible way. We need to more frequently use words like “ours” and “we” and “us” to remind our audience we’re among them. And when our investigative and enterprise journalism lead to real change, we must  be better at reminding people. Local television has no hesitation in branding its investigative and consumer teams, and it works well for them.

Similarly, when we do a story because of a question or a tip, we should not only let that reader know, but we should tell everyone, like in this example from The Incline.

It means picking your spots to be fun and cheeky.

A traditional news site is not going to be able to inject voice into every story. Sometimes, playing it straight is the only option. But it’s crucial to keep an eye out for stories where you can utilize voice. When you find those opportunities, finding an extra 5-10 minutes to work on a eye-grabbing headline can make all the difference. 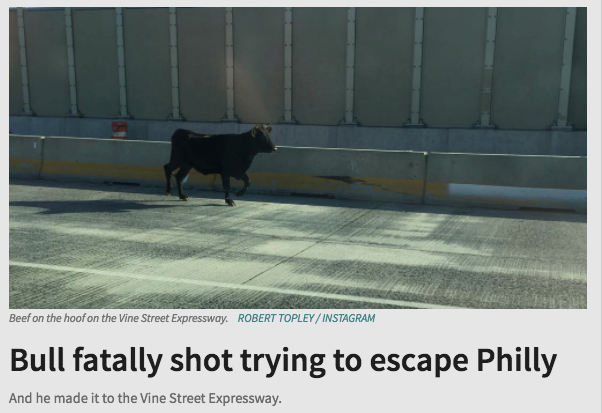 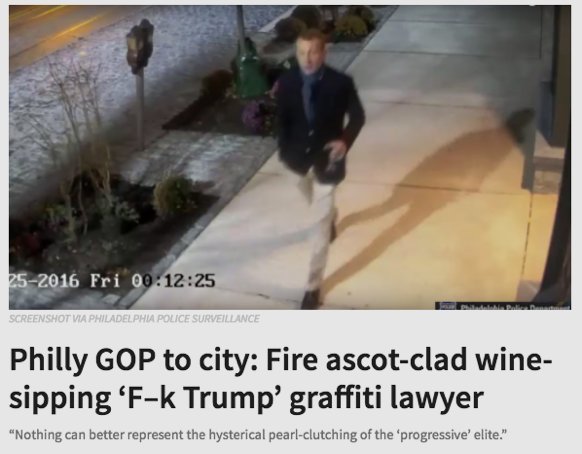 Yes, the stories above are journalistic gifts from above. But another path to adding voice is to look for a relatively mundane story and seek for a clever way to make it stand out. That could be attaching an image or a meme to a social post to make it visually pop. 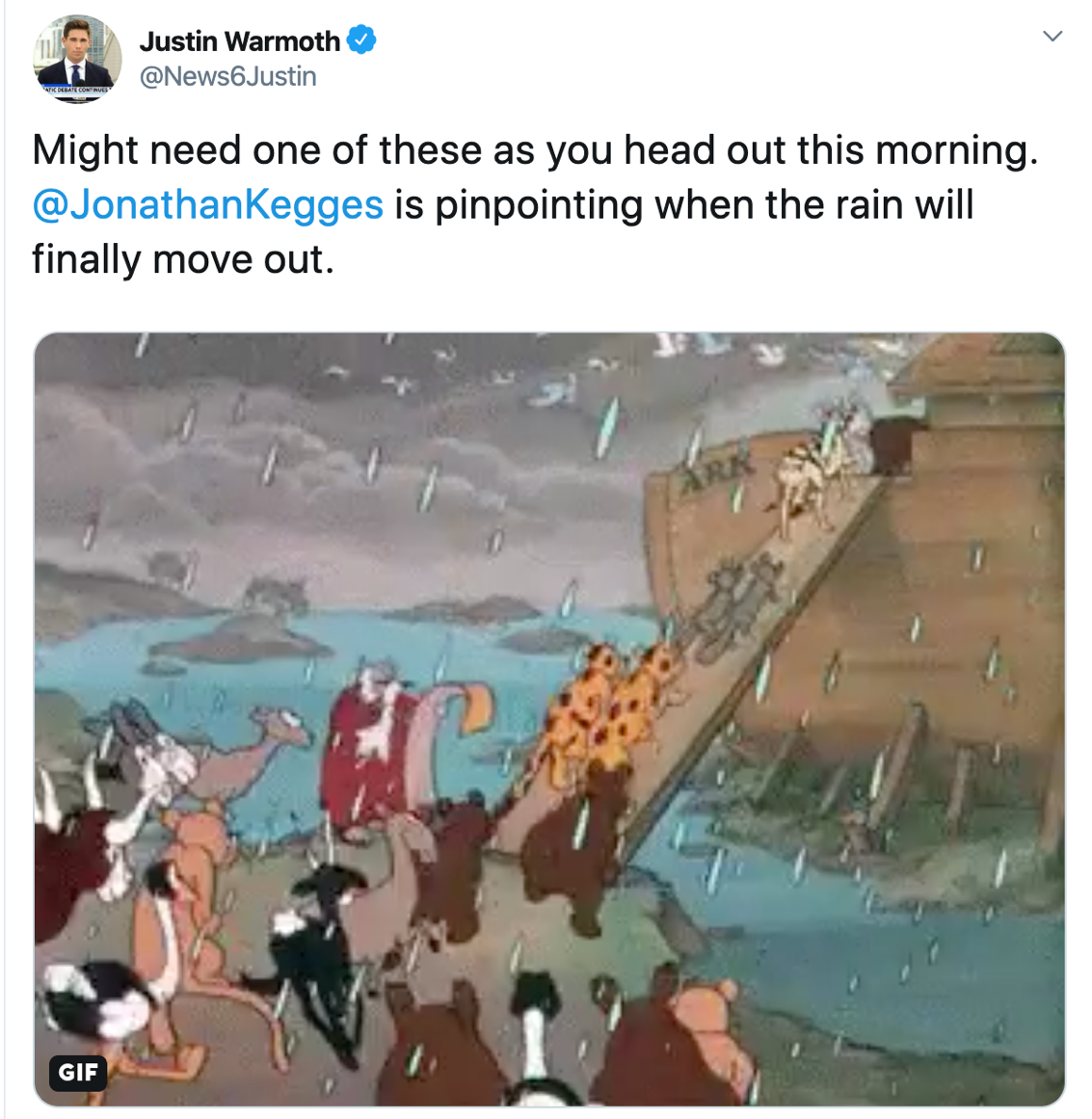 It means being informal.

Sometimes subtlety is the right answer. For example, when Houston’s KPRC posted the tweet below, it understood that no one in town needed to be reminded who Simone Biles is. They just used her photo and spoke the language of a true Houstonian. Using the phrase “Olympic gymnastics legend Simone Biles” would have been overkill for a deeply familiar audience. 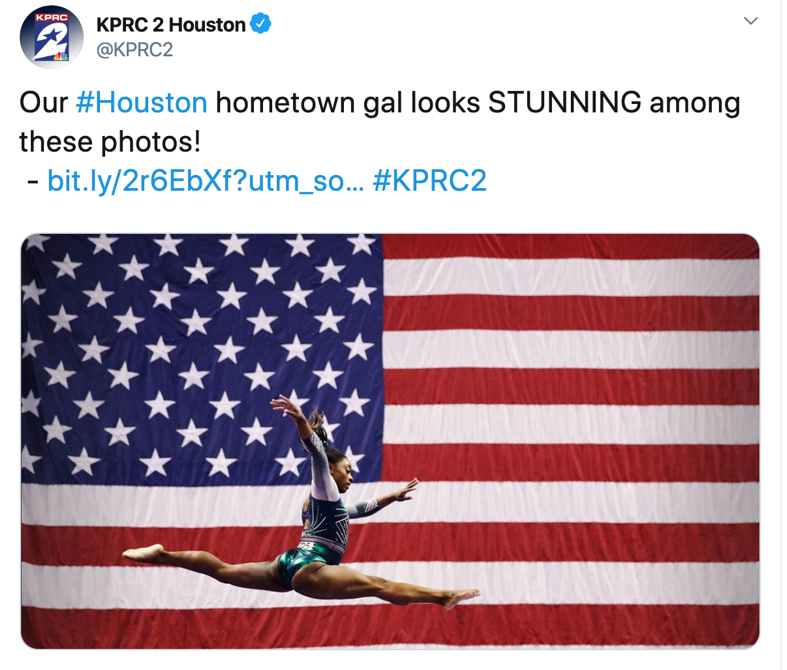 It means being joyfully parochial when you can.

A few years back, when a wave of Denver-is-a-hot-town stories were published around the country, Denverite created a sardonic bingo card to show that it understood that the average Denverite tended to roll their eyes at these parachute-in-parachute-out stories. 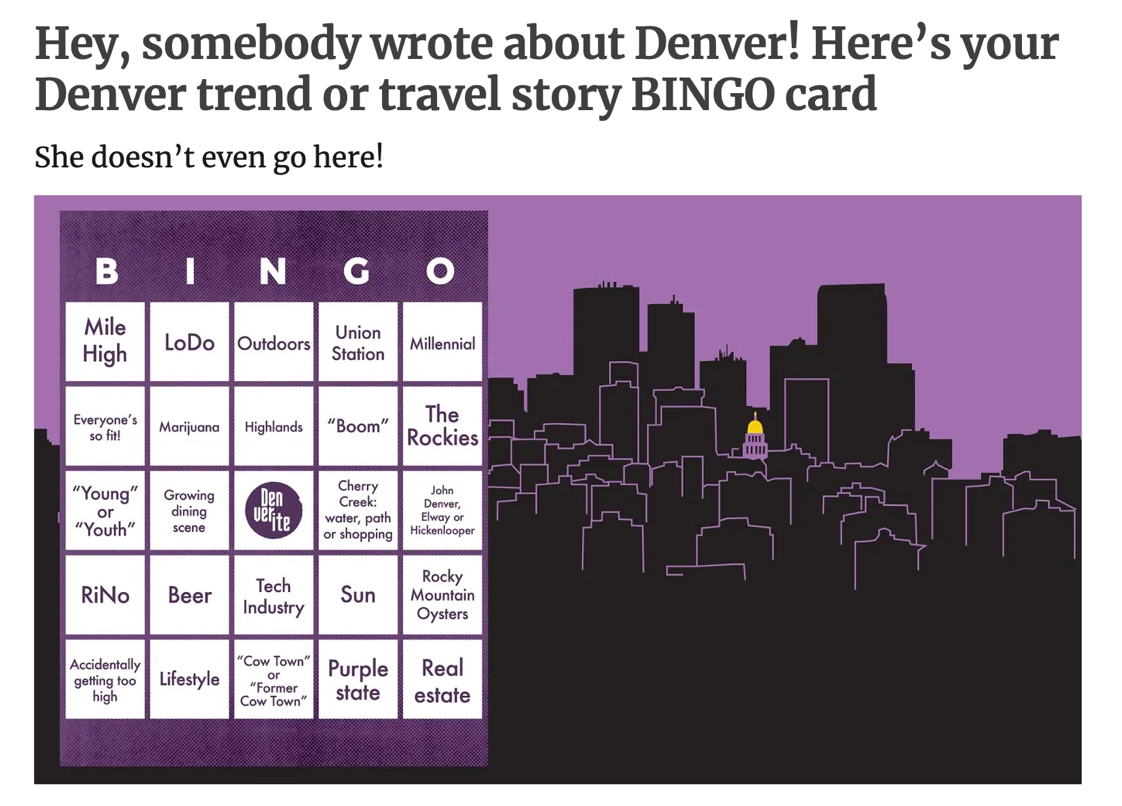 Being parochial like this serves as a reminder that in addition to sharing the same city, those in our newsrooms share many of the same passions.

It means not being afraid to tease your rivals.

These can be sports rivals, or rival cities or whatever. But Detroit’s WDIV makes an annual tradition of mocking Ohio before the Michigan-Ohio State football game. 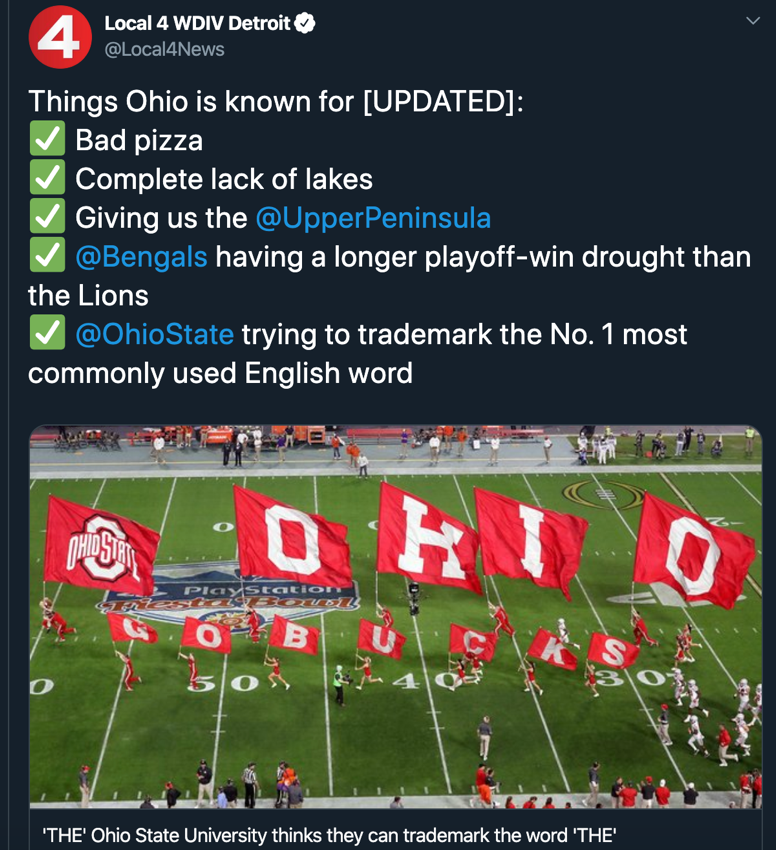 It means sometimes letting those in the news do the talking.

Adding voice isn’t always about being funny, sarcastic or parochial. You can often add voice to headlines via smart use of a tragic or touching pull quote. There’s nothing wrong with using the words of newsmakers to add emotion to a story.

Yes, there are caveats to writing with voice. Being edgy only works for the right stories. No one is suggesting that anyone should turn their local news site into The Onion.

But journalism’s voice has to change, because the world around us is changing.

A few years ago, the consulting firm Lippincott produced a white paper titled, “Welcome to the Human Era.” This paper — which was aimed at all consumer brands, not just news — argued we’re in the dying throes of an Institutional Era and at the beginning of a Human Era. The paper includes a telling chart about the public’s trust in almost all our institutions: 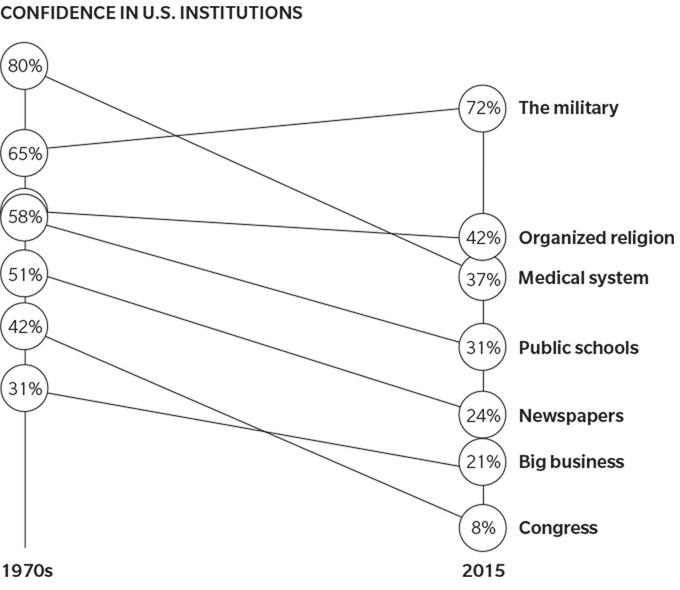 As you can see, newspapers are among those institutions that have seen a huge nosedive. But much of local journalism is still idling in the Institutional Era garage and unsure how to plot a course to the Human Era. As a result, we’re struggling to connect with the very people we’re now asking to save us.

While there are many ways to grow consumer revenue, almost all of them – building a sustainable membership model or an events strategy – take time to develop. Developing a more engaging voice? You can start doing that right this minute. To help, here’s a suggested road map:

If you follow this path, one day you’ll realize your new voice has spread farther than you anticipated. And you’ll be on the way toward closing the gap between the Institutional Era and the Human Era.

A caution: Some readers –- maybe even a few in your own newsroom – will inevitably suggest some use of voice crossed a line. Don’t panic. Consider the criticism, ask others to weigh in and, if need be, modulate. But don’t hightail it back to the institutional garage at the first sign of trouble.

I’m not suggesting making a tonal shift is easy. It requires time, analysis and patience. But we have to stop fearing the impact of doing new things, because history shows the impact of not doing new things has been devastating to our businesses. To be successful in a reader-revenue world, we must be viewed less like an institution and more like a friend at a bar.  We need to start talking to our audience that way.