Roger Fidler is an internationally recognized new media pioneer and visionary. He is best known for his vision of digital newspapers and mobile reading devices, which he conceived and first wrote about in 1981. As director of new media for Knight-Ridder Inc. in the 1990s, he pursued his vision at the company’s Information Design Laboratory in Boulder, Colorado. In 1994, his team at the lab produced a video titled “The Tablet Newspaper: A Vision for the Future” that demonstrated how people might one day read newspapers and magazines on tablets. The video has gone viral on the Web since the announcement of the Apple iPad.

As program director for digital publishing at the Donald W. Reynolds Journalism Institute (RJI), Fidler coordinated digital publishing research projects and the Digital Publishing Alliance, a member-supported initiative that includes The New York Times, the Los Angeles Times and The Washington Post. He joined RJI in 2004 when he was named as the first RJI Fellow. At the time of his appointment he was a tenured professor of journalism and information design in the School of Journalism and Mass Communication at Kent State University in Ohio.

In addition to serving as Knight-Ridder’s Director of New Media, Fidler founded and directed the Knight-Ridder Graphics Network (now McClatchy/Tribune Graphic Service), the first computer-based news graphics service (1983-1988), and PressLink, the first global intranet for the newspaper industry (1985-1991). He also was a member of Knight-Ridder’s videotex development team, and served as the first director of design for the company’s pioneering consumer online service known as Viewtron (1979-1983).

Fidler began his career in 1962 doing a little bit of everything at a weekly newspaper in Eugene, Oregon. A year later the Eugene Register-Guard hired him as a science writer and illustrator. His early career took him from Oregon to Pacific Stars and Stripes in Tokyo as the Sunday magazine editor and editorial art director, to the St. Petersburg Times as a features editor, and to the Detroit Free Press as the paper’s first design director and editorial systems manager.

For his innovative work in digital publishing, Fidler was named one of four finalists in 2003 for the prestigious World Technology Award in Media and Journalism and inducted as a World Technology Network Fellow. In 2004, he was again named as a finalist.

Fidler is the author of Mediamorphosis: Understanding New Media (Pine Forge Press, 1997) and numerous articles and book chapters. In 1999, the Freedom Forum Newseum honored Fidler as an electronic news pioneer and one of history’s “Most Intriguing Newspeople” in its book Crusaders, Scoundrels, Journalists (Eric Newton, ed., Times Books/Random House). He is a frequent speaker at conferences worldwide on topics relating to digital publishing, new media and the future of print media.

2015 RJI Mobile Media Research Report 5 Millennials more likely than boomers to use smartphones for news, but professional journalism and news sources matter to both This is my final report on the results of the 2015 Donald W. Reynolds Journalism Institute Mobile Media News Consumption Survey. I will use it to explore the generational … Continued

2015 RJI Mobile Media Research Report 4 Owners of large-screen smartphones (phablets) are much more likely than owners of standard-size smartphones to frequently use multiple approaches to access news organization content on their smartphones, according to the latest Donald W. Reynolds Journalism Institute mobile media poll. The survey also found that smartphone owners between the … Continued

2015 RJI Mobile Media Research Report 3 Owners responded more frequently to embedded ads using large-screen smartphones than with other devices Owners of phablets were much more likely to respond to advertisements embedded in news stories and videos than owners of standard smartphones, tablets and personal computers, according to the latest Donald W. Reynolds Journalism … Continued 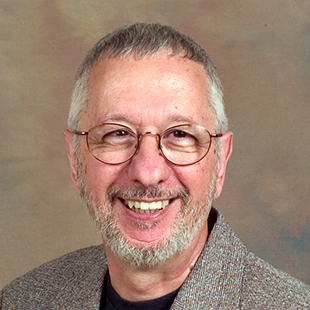