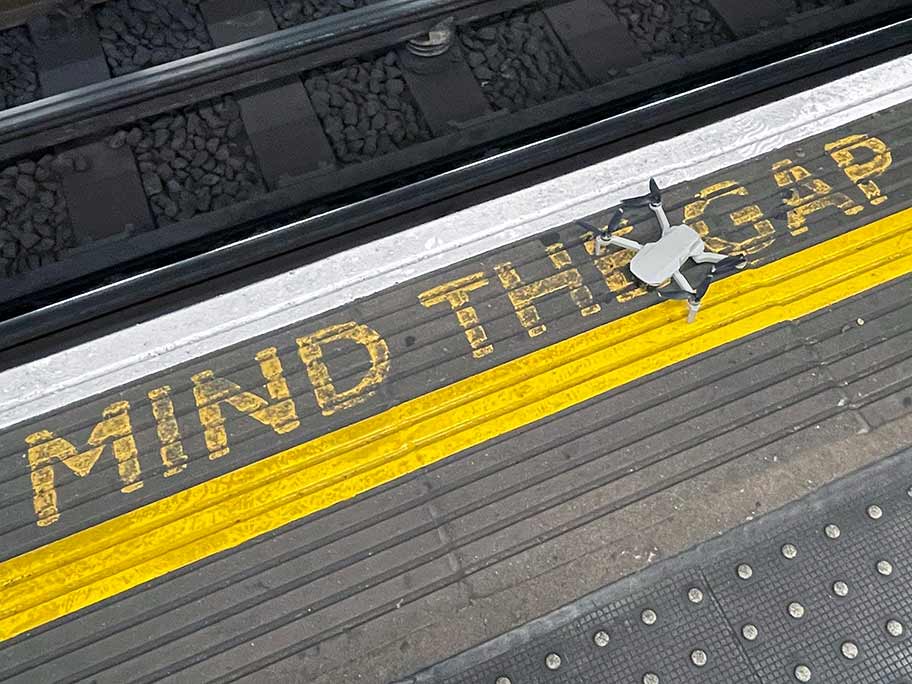 I’m spending the summer in London leading a group of students who are studying and performing internships here. I decided to bring a drone with me to fly over some famous British landmarks — if the rainy British weather will ever permit. But before I departed for the trip, I had to decide which drone to take. That decision, as it turns out, was very important in deciding where and how I could fly the drone here. Ultimately, the weight of the drone I’m flying makes all the difference as to how I use it in the United Kingdom — and maybe it should work like this in the United States, too.

We all know that many of the U.S. rules that apply to drone use are based on the purpose for which the drone is being flown — either commercial or recreational. In the U.K., while there are still designations of commercial versus recreational flying, the real focus is just how much damage a drone can do. That means weight is the biggest factor to consider when looking at the regulations.

The category that caught my eye — both for my own flying here and for how it affects journalism flights — is the Open category, specifically its A1 subcategory. Drones weighing less than 250 grams make up the A1 group and they have streamlined rights that make getting up and flying fast and easy. The drone I brought to England fits into this category. It’s a DJI Mavic Mini that weighs in at 249 grams. DJI’s current Mini 2 model also fits this weight group.

The beauty of the U.K. attitude for lightweight drones is how open the skies are to these aircraft. U.K. drone laws are in general a little stricter than U.S. rules for flying near structures and certain areas. In the U.S., the rules just tell us not to fly over people and make no limits on how close we can get to public areas. For most drone flights in the U.K., the rules keep drones 50 meters from people and 150 meters from residential, recreational, commercial and industrial areas — almost anyplace that’s not an open country field. But if your flight involves one of the lightweight drones, those rules don’t apply. You can fly over people (as long as they’re not in large groups) and in any of the areas listed above. There are still restrictions to keep all drones here from flying near airports and other security areas, as well as keeping them below 120 meters (about the same as our 400-foot ceiling in the U.S.).

The U.K. puts drones in different categories based on their risk to the safety of those below. That means weight is the biggest factor to consider when looking at the regulations.

Aside from where we can fly, both countries regulate who can fly based on the pilot’s knowledge of drone regulations and procedures. Once again, the U.K. has the edge here. In the U.S., the Part 107 certification test that allows pilots to fly for commercial purposes — such as news gathering — requires significant study and preparation and the taking of a 60-question, in-person test that costs $160. U.S. pilots must take a recurrent test every two years to stay legal as commercial pilots. In the U.K., getting certified means taking an 40-question “Flyer ID” test online for free. I took the test with about 20 minutes of preparation to discover the differences between U.S. and U.K. rules and passed with a nearly perfect score. The results of that test are good for one year, at which time you just take another free online test. If you own or are responsible for a drone to operate in the U.K., you must also obtain an “Operator ID” to take responsibility for the aircraft. It costs about $13 (£9) and lasts for five years. That’s about the same price as the $5 registration we do for our drones in the U.S. that lasts for two years.

What are the implications of a system like this for journalists? It makes the goal of equipping every journalist in the newsroom with a drone very simple to achieve. For little more than the cost of a $400 drone, each journalist in the newsroom can be legal to fly for breaking news or other purposes. In my opinion, newsrooms would still have the higher responsibility to train their journalists beyond the minimum skill level the U.K.-style test requires, but with everyone learning to fly, those lessons can be built into ongoing newsroom operations to keep pilots current and flying safely. There would be additional costs for insurance, but nothing that would make this sort of an “everyone’s a pilot” scheme too expensive to execute.

Is there a chance the U.S. would adopt a system like this? The Federal Aviation Administration (FAA) is focused now on its new Remote ID rules to give drones a digital license plate, as well as on allowing flights beyond the line of sight of the pilot to facilitate drone deliveries. Still in development back home is a system to allow flights over people for drones that would not injure people on the ground in the case of a crash. These systems are exploring break-apart drones or aircraft equipped with parachutes to slow their fall. It seems logical to consider the weight of drones in these plans and possibly open more options for the ultra-lightweight drones like the DJI Mini.

In practice here in the U.K., the regulations have worked well. Any drone pilot will tell you that flying in a new place always brings some anxiety due to variations in local drone rules. When I recently flew my Mavic Mini in the town of Southend-on-Sea east of London, I was up getting flyover shots of a World War I memorial near the coast. As I was flying over the sidewalk with a few people underneath — something that would be against the rules in America but was fine for my A1 subcategory flight, two English bobbies strolled by.  I held my breath wondering whether they would question my flight or start to write me up for an offense I had not anticipated. But they never slowed their pace and never even looked up. It seems my little drone couldn’t even cause a little stir on this side of the pond.