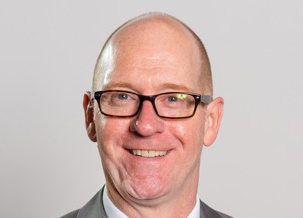 Stan Silvey is assistant athletic director of broadcast operations at the University of Missouri Department of Intercollegiate Athletics. In this position, Silvey is primarily responsible for producing SEC Network television and multimedia broadcasts for Mizzou Athletics. In addition, he leads teams that are responsible for the content creation, development and production of live video boards, weekly coaches’ television shows and the Mizzou Network digital platform.

After graduating from the University of Missouri, Silvey got his start in television at KOMU 8 and worked his way up to executive producer with responsibility for shows such as “This Week in Mizzou Football,” “The Norm Stewart Show” and “This Week in Mizzou Basketball.”

In 2009, Missouri Valley College recruited Silvey to be director of broadcasting and instructor of mass communication.