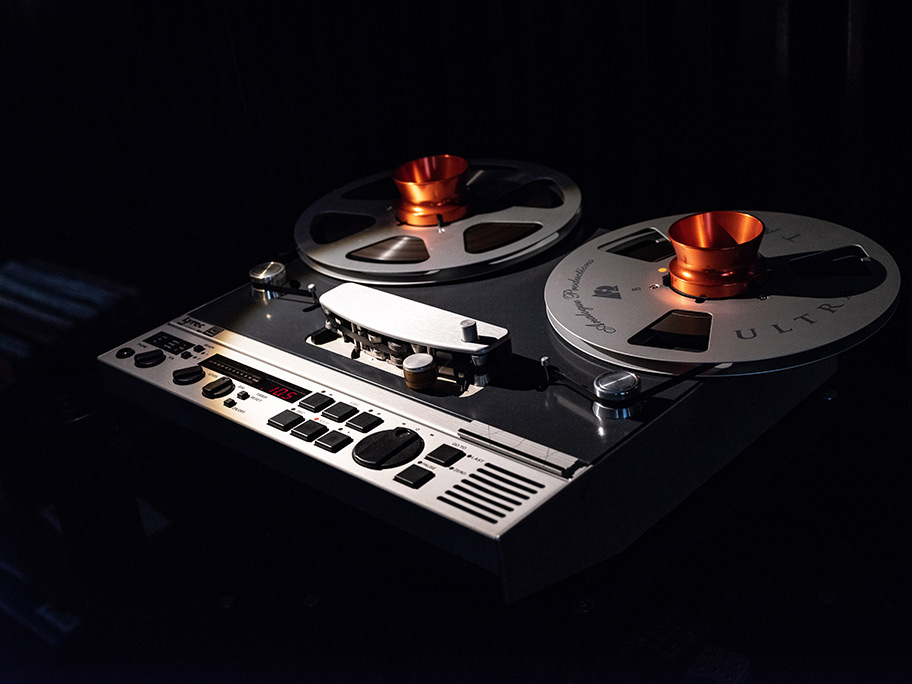 After President Donald Trump released a partial transcript of the much-disputed call with Ukraine, Washington Post readers were treated to a story about an almost exact parallel from 45 years ago.

“That time Nixon released doctored transcripts during Watergate,” teased the headline on a Sept. 25 article by Gillian Brockell.

In it, she explored Richard Nixon’s problems when he gave Congress only transcript excerpts of the infamous Oval Office tapes and claimed they exonerated him. Later release of the full tapes showed the opposite, similar to recent testimony by administration officials that seems to upend Trump’s claim that his call transcript shows no quid pro quo in pushing Ukraine to investigate an opponent.

More stories based on the Post’s and other news archives followed: a piece on the Supreme Court ruling that forced Nixon to hand the tapes over to investigators, another on how the GOP scuttled the political career of the one House member who broke with Nixon, and a story about the one person other than Woodward and Bernstein who knew the identity of Deep Throat.

These are all part of the Post’s series called “Retropolis,” which dips into news archives and other historical resources to provide perspective on today’s breaking news headlines. It’s become so popular over the two and a half years of its existence that the Post added a podcast in 2018 and early this year hired Brockell as its first full-time reporter.

What accounts for this popularity?

“One word: context,” Brockell says. “Everything that’s happening in the news today, if you look at our history you can get the context on why this matters, what’s changed, what hasn’t changed, and how to understand it all.”

This is an example of a popular service you can offer readers if you have access to deep, rich news archives like the Post, The New York Times or the Chicago Tribune. But it’s only possible because someone went to the trouble and expense to preserve this news from years ago, and make it accessible.

Without that, these stories just don’t happen.

But where will journalists turn for context in the next impeachment? Especially as news transitions to digital publishing, the best practices of preservation and ensuring public access are taking a back seat, understandably but often tragically, to the need to keep news companies afloat. That’s why researchers are working to draw attention to this issue and help marshall new resources to provide solutions.

This is what motivated the Reynolds Journalism Institute (sponsor of this fellowship) to organize a five-year conference series called “Dodging the Memory Hole,” and to launch a new Mellon Foundation-funded study this year to analyze how technology supports or inhibits news preservation best practices.

It’s also the reason the Tow Center for Digital Journalism at Columbia’s Graduate School of Journalism investigated this issue, in a March report titled: “A Public Record at Risk: The Dire State of News Archiving in the Digital Age,” by Sharon Ringel and Angela Woodall.

Results of the Tow study are troubling: Of the 21 news organizations studied, 19 were taking no specific steps to preserve web news content, and all failed to provide mechanisms to ensure transitions across future changes in technology.

Nationwide, large news organizations appear to be in the best shape when it comes to preserving and utilizing their news content. The New York Times, for example, last year started mining its trove of more than 4 million photographs going back more than a century in a project funded partly by Google.

The Chicago Tribune has been been tapping archival treasures for years through its highly popular Chicago Flashback series that taps priceless resources like a photo archive of millions of images going back through most of the Tribune’s history.

Recently, the Trib tapped its archives to see how the newspaper’s editorial board viewed impeachment during the three previous events, including Andrew Johnson’s impeachment hearings 151 years ago.

As news organizations across the country struggle to survive, fewer and fewer are able to put resources into proper preservation of digital news or into the staffing needed to manage news archives and tap them for the benefit of readers. This threatens the very existence of the first-draft of our daily history.

“He has not been wanting in indecorum and outrage,” the Trib’s Lara Weber quoted from an  editorial published Feb. 24, 1868, referring to efforts by Johnson to provoke anger toward Congress in hopes of improving election prospects. “He has harangued drunken mobs from the doors of the Executive Mansion, denouncing Senators and Representatives by name as traitors and scoundrels who ought to be hanged…”

“…He has traveled all over the country making speeches in which he invoked the hostility of the country against Congress and against particular members thereof. He has indicated how and when he could put on the robes of a dictator, and how if the people did not repudiate Congress and elect supporters of his policy, they should be subjected to another civil war…”

“We feel like it’s helpful and useful for readers to understand the way the nation has grappled with these enormous questions in the past,” Weber said in a recent interview.

It’s not just the large organizations that are doing this. On the impeachment story, other newsrooms are seeing the same opportunity to tap archives.

At the Tampa Bay Tribune, for example, editorial page writer Elizabeth Djinis brought readers back to previous impeachment editorials in a Sept. 25 piece that’s been the paper’s top-performing commentary of the past six weeks.

“Since the Watergate break-in was discovered more than a year and a half ago, the whole sorry record is of a White House campaign to bottle up the story and where that wasn’t working, delay, delay, delay, in the hopes the public would weary of hearing about it,” The Times wrote in July of 1974, drawing parallels to today. “The strategy has worked and is working.”

This kind of reader service doesn’t necessarily require the resources of a large news organization. Even if your own archives or systems don’t cover what you need, access is available through one of the news syndication services such as ProQuest, Newspapers.com or Newsbank.

Newcomers like MinnPost.com, a 10-year-old non-profit newsroom in Minneapolis, did this recently in an October piece by columnist Iric Nathanson, who reminded readers that local Minnesota GOP congressmen did not give up support of Nixon until after they heard the Oval Office tapes.

“By now, Nixon’s support from even his most steadfast congressional allies was evaporating,” Nathanson wrote. “Only days earlier, Minnesota’s Republican House members had equivocated when asked if they supported impeachment. On August 6, the Minneapolis Star’s Jim Shoop reported that the state’s four Republican House members — Quie, Frenzel, Zwach and Nelson — were ‘moving strongly’ in that direction.

“ ‘We have been given the final evidence that the Judiciary Committee was looking for, of obstruction of justice, which is an impeachable offense,’ “ one congressman told Shoop. “Frenzel maintained that Nixon had, ‘in effect, pleaded guilty to Article I (obstruction of justice) and probably Article II, as well. I don’t see how anyone in the House could vote against it.’ “

Illuminating as these examples are about the value of print news archives, they don’t answer the question of what happens in the future when society looks back on the Trump impeachment inquiry, taking place during the digital era.

As news organizations across the country struggle to survive, fewer and fewer are able to put resources into proper preservation of digital news or into the staffing needed to manage news archives and tap them for the benefit of readers. This threatens the very existence of the first-draft of our daily history.

As the Tow Center report concludes, “The findings of this study should be a wakeup call to an industry fond of claiming that democracy cannot be sustained without journalism, which anchors its legitimacy on being a truth and accountability watchdog.”

“In an era where journalism is already under attack, managing its record and future are as important as ever.”

Links to resources in this story