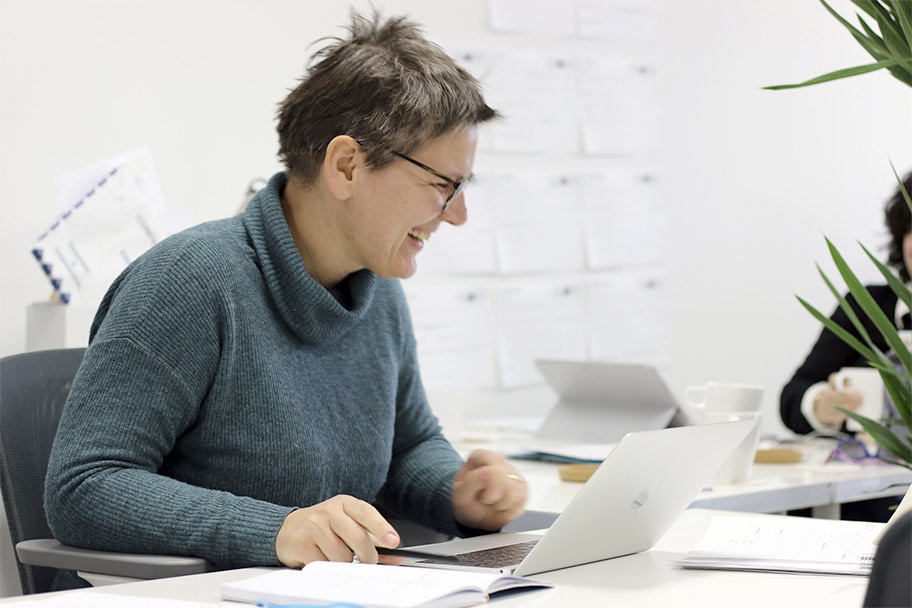 Hyperlocal news sites pop up like daisies. Within the five New York City boroughs, hyperlocal media cover nearly every neighborhood or community. These online news outlets differ in style, size, scope, professionalism and reach, but all have one thing in common: they illustrate how news gaps — caused by budget cuts in local and regional journalism — can be fertile ground for entrepreneurial journalism. Although this form of journalism doesn’t always fit within traditional journalistic values, it creates opportunities for an inclusive representation of society on the local level.

One hyperlocal publisher that has proven to be a resilient player in online journalism is Corner Media Group, which was established in 2012. Founder and editor-in-chief Liena Zagare planted her flag in six different neighborhoods in Brooklyn: Bensonhurst, Sheepshead Bay, Park Slope, Fort Greene, Ditmas Park and Sunset Park. Her startup scores 320,000 visitors a month, and has 850,000 monthly page views. Zagare employs eight people who work for the company full time and are able to make a living with this extremely local form of journalism.

How does a hyperlocal media outlet manage to make ends meet? The failure rate is high: Many hyperlocals haven’t yet found successful business models or blueprints for generating long-term revenue. When starting Corner Media Group, Zagare was convinced that “money could be made by selling advertisements to local businesses. …(I) had talked to business owners and knew that it was something local business as well as people wanted.”

Corner Media Group makes money strictly by selling ads, sponsored content and listings of real estate. A three-person sales and marketing team handles the commercial aspects of Corner Media Group. In contrast to many hyperlocal one-man-bands, none of the editors deal with the business side of the news outlet. Although they share the same newsroom in a loft on Coney Island Avenue in Brooklyn, the church-state division between the two departments is strict – it is even marked by a line of houseplants.

Hyperlocal journalism requires a long-term investment in the neighborhood. When trust and readership grows, the hyperlocal attracts potential advertisers. But becoming profitable is not easy. Zagare offers her editors a starting annual salary of $30,000, which is generally not enough to make a living in New York City. Some editors stated in our interviews that spouses provide additional family income; others embrace a lifestyle of keeping the costs to a minimum.

What is it that attracts journalists to work for little money in such a local field of journalism? One of the key motivations, as described by a Corner Media Group reporter, is the appeal of being a community booster: someone who knows and champions the interests of the community. The goal is not just simply reporting on the neighborhood, which in Brooklyn could vary from 40,000 to more than 300,000 residents; the editors expressed the desire to ignite change in the neighborhood. The websites of Corner Media Group provide an online space where conversations among residents are sparked and facilitated through comment sections on both Facebook and below published website articles. Corner Media Group journalists believe that by telling the stories behind local businesses, the news outlet can create local understanding and bonding. Civic engagement can potentially lead to social cohesion in the neighborhood, which they deem to be a noble pursuit.

Clashes with traditional notions of journalism

Most journalists at Corner Media Group have a background and education in journalism, and traditional journalistic rules are highly valued. However, the level of engagement with the community is challenging. The friendly cheerleading approach of Corner Media Group clashes with notions of objective reporting and the critical watchdog role of journalism. The classic journalistic ideal of striving for fairness, professional distance and detachment at times clashes with the more involved hyperlocal approach. For example, when a journalist had a negative experience in a restaurant the decision was made to not write a review at all. According to an editor, “This doesn’t help anyone in the neighborhood.” Moreover, journalists admitted to being less critical as the risk of running into someone you reported on is always around the corner.

At the same time, this cheerleading approach to local citizens and businesses does have a limit. While local citizens are being approached like one would approach a neighbor, politicians, institutions, corporate executives and cultural elites are scrutinized and held more accountable by the journalists of Corner Media Group. A double standard arises for the watchdog role: A dichotomy is sketched out between “the community” and everything that is perceived to be “not the community.”

Is it a bad thing that the core idealistic values in this form of journalism are being contested? Besides the opportunities of social cohesion in the different neighborhoods through this form of journalism, there is something to be said about the potential of a fuller representation of society, where there is significant room for the stories from the street over those from town hall. The idea that legacy media consequently fail to represent and give voice to minorities still echoes throughout the field of journalism. By building trust with their communities, Corner Media Group journalists claim to succeed in gaining access to the variety of ethnic communities in Brooklyn and give voice to those who are traditionally left out in legacy media.

Despite not making a lot of money, the newsworkers of Corner Media Group are optimistic about their future.