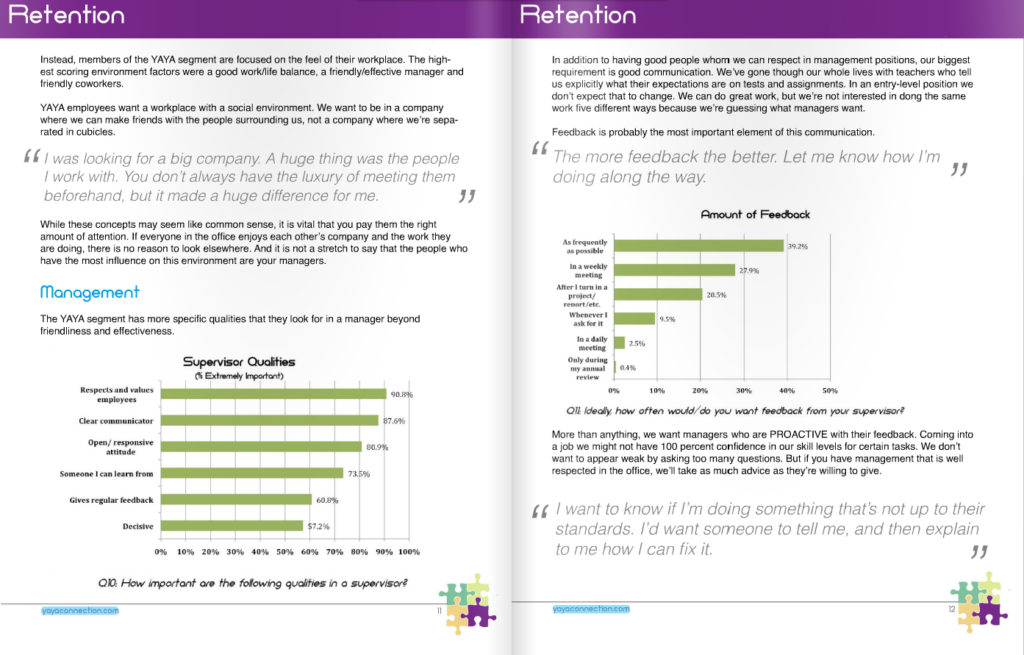 Former Reynolds Fellow Stephanie Padgett, building on the work of another former Reynolds Fellow, Margaret Duffy, is working with top strategic communications students to identify strategies for businesses to effectively interact with Youth and Young Adults (YAYAs). YAYA Connection has worked with various clients to help them develop marketing strategies to engage the YAYA generation, a prime target for many businesses and industries.

As YAYAs enters the job market, employers are faced with the challenge of not just hiring quality young adults, but finding ways to keep them around. YAYAs are not known for their company loyalty, so this can be difficult.

Padgett, along with student members of Mojo Ad, discussed the best ways to attract and retain YAYA employees, using the results of a survey they conducted this semester.

Where do YAYAs look for jobs?

Respondents were asked to rank the most important attributes they looked for when choosing where to work.

What benefits are important?

YAYAs were asked what the most important benefits were for a workplace to offer.

Once you’ve got YAYAs, how do you keep them?

Feedback, feedback, feedback—implementing two-way mentoring programs or adding a dropbox for employees to voice their opinions without fear gives your company a fresh perspective.