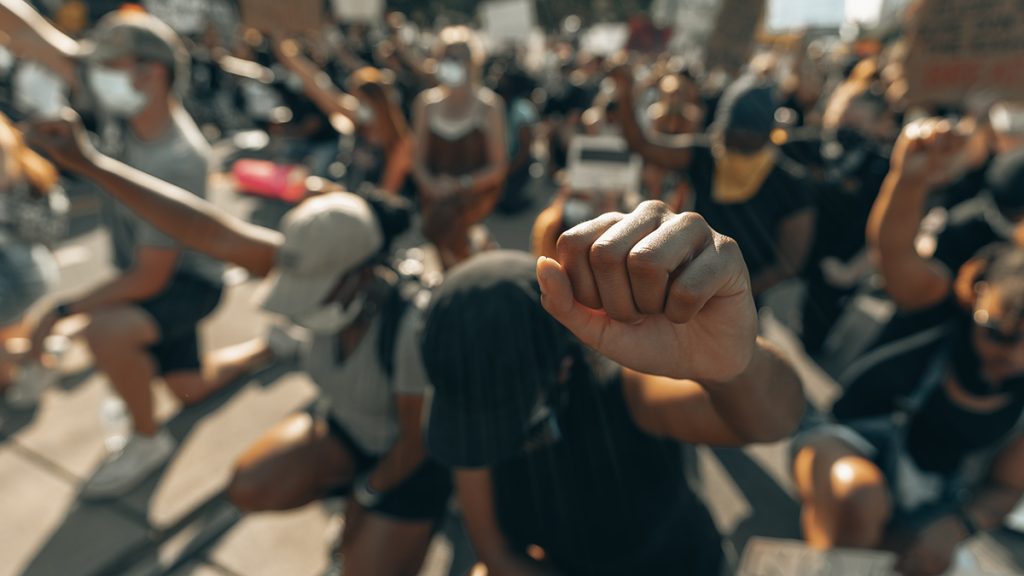 How do you ramp up coverage of social justice in your publication? One way is to create a separate full- or part-time beat in order to concentrate on the subject in the same way we might focus on local football or city council news.

As a new venture, some reporters might have difficulty knowing where to start or what to cover locally. Others may feel ill-equipped to write on contentious stories.

Based on the advice provided by two reporters, independent research, and the experience of a newspaper that just started its own social justice beat, we have compiled a list of advice and recommendations for those reporting on social justice themes and issues.

Topher Sanders is an investigative reporter for the nonprofit newsroom ProPublica. He focuses on covering race, inequality and policing and has worked on numerous projects, including Walking While Black, a 2017 piece that examines racial profiling amidst policing in Jacksonville, Florida. He had a piece published in January that looks at NYPD officers’ continued use of prohibited chokeholds.

Cortlynn Stark is a city hall reporter for The Kansas City Star. Stark was hired as a social justice breaking news reporter and worked on the Star’s “The Truth in Black and White” project, a series investigating and apologizing for the Star’s historic lack of coverage of Black communities in Kansas City.

1. Start with an analysis of where you are

Stark said it is important to conduct an audit of your publication to establish a baseline for where you need to improve. For example, here’s one potential component of an audit: The Star sent a survey to its reporters randomly selecting seven stories and asking them to analyze the demographics of the sources in each. Once you finish the audit, publish it “so the public knows where you are at and what you are working towards,” she said.

In the Columbia Journalism Review, Kyle Pope writes, “You can’t embark on a project like this and not think broadly about how you do what you do. This is not just about words on a page; it’s also about the people who are producing the work and the sources quoted.”

Evans and other beat reporters used the beat’s wide umbrella to report a variety of stories. The range allowed the reporters to write stories close to their personal interests or values. Evans and fellow reporter Shannon Belt reported on inequity in youth sports. Meanwhile, reporter Ella McCarthy has explored homelessness, and Grace Nieland has covered refugee resettlement and other immigrant stories.

2. Approach stories and sources with empathy

“Empathy is overall really important,” Stark said, “because a lot of times what happens is people feel like we are exploiting them for their information. It is about building trust with people.”

Approaching a source with empathy can be as simple as asking how they are doing. Stark conveys empathy through actively listening as well as sharing parts of her experience to establish trust with sources. “I’ll often share a little about myself so they get to know me a little bit and, when they are sharing difficult topics, you take the time with them so they know what they are saying matters and is important,” she said.

Stark acknowledged that this strategy goes against the journalistic ideal of objectivity. She pushed back against the idea. “I think that stems from the days where it was all white men writing these stories and running these publications and that was the standard and that’s not the case anymore.”

Stark said sharing a part of yourself with a source helps them know we, as reporters, are listening. In addition, Stark operates by “person first, story second.” To her, no story is more important than the people behind them.

3. Be conscious of sourcing

Stark said the area with the largest room for improvement when it comes to social justice reporting is sourcing. “Sourcing is a big issue — making sure we aren’t just talking to old white men, especially when it comes to experts,” she said.

Sanders, of ProPublica, said he keeps a list of sources he contacts every few weeks, whether it’s to catch up on each other’s work lives or share developments in their personal lives. To Sanders, sourcing is a two-way street, and it takes time and investment to build long-term relationships with people.

To Sanders, talking on the phone with a source for an hour about something unrelated to journalism or a potential story isn’t a waste of time; it’s an investment in the reporter’s sourcing network.

It’s totally natural, Sanders said, if you aren’t sure what stories exist in your community or who to talk to first. Reporters should make it their strength. “Very few of us know everything about a beat at first. So, you just hop out there, and you start learning.”

Collaboration is important throughout the newsroom. In a July 2020 essay, Nieman Reports highlighted the importance of communication between writers and photojournalists to tell the “complete story” of the Black Lives Matter protests.

Broadening our lense to other potential partners also has other advantages — namely, that the story is more likely to get noticed, which is an important step in social justice reporting. It also can take reporting “out of an amorphous media conversation and place it firmly in reality,” according to the Columbia Journalism Review, and “counter narrow and incomplete narratives.”

6. Ensure access throughout the process — both to reporters and published stories

Prior to accessing stories, the community needs to know they have access to the reporters. It is an extension of the sourcing strategies — access begins with having conversations with people about the things that affect their daily lives and not just when big events occur.

Post publication, there are other strategies reporters and newsrooms can implement to ensure access. For example, the Star’s equity driven stories are metered for customers to access for free rather than behind their subscription paywall.

“Instead of just saying that everything is awful and going downhill, you actually show we can make improvements in the community,” Stark said. “It is really important because it provides more opportunity for impact and further connections with the community.”

Good examples of social justice reporting, according to CJR, produce pieces that highlight solutions such as restorative justice. They offer insight into what that may look like, not just in theory, but in practice.

Framing a story through a solutions-based lens can be easier to some than others. Sanders said as an investigative journalist, he views the world as a collective of systems. Part of writing about those systems is identifying whether it’s working, explaining how it’s supposed to work and looking for examples elsewhere on how it can function as intended. To him, all journalism should be solutions oriented:

“If you’re covering an issue, and you’re talking about how this issue gets broken, and it doesn’t work effectively — I don’t know how you really do that without then talking to a few people and asking them, ‘Well, how can it work? How does it need to work? How should it work?’”

8. Everyone should integrate social justice in their reporting

“It should be seen across beats and all coverage — when I came to the Star I was an equity breaking news reporter but now, even though equity is no longer in my title, it is still very much a part of what I do as a city hall reporter,” Stark said. “It’s become ingrained in everything I do — now at city hall it’s about bringing those same equity questions now to the mayor.”

Although social justice permeates almost all areas that journalists cover, Sanders said reporters and editors should remain skeptical at throwing around the term. Newsrooms should take care to define exactly what reporting on social justice entails.