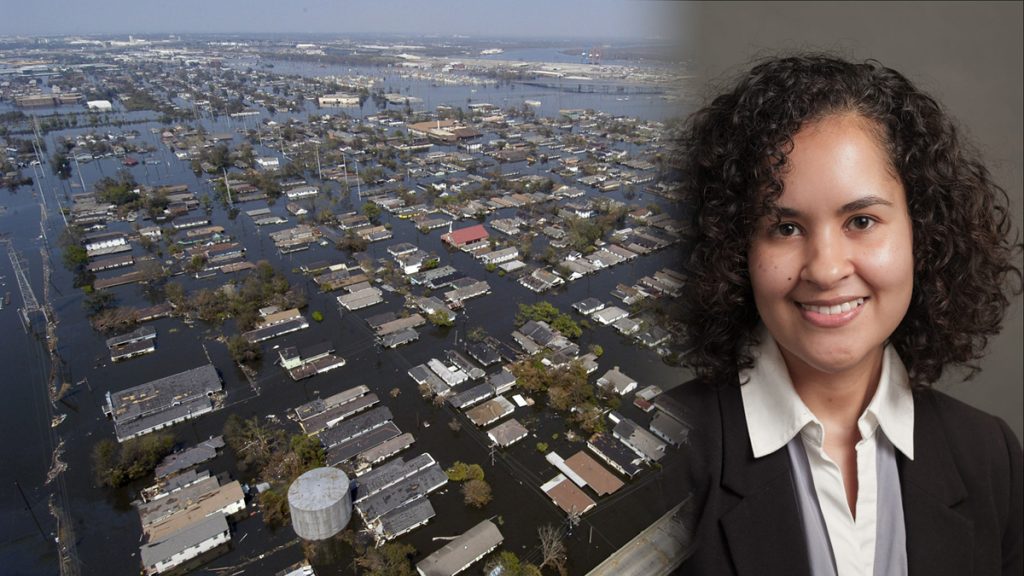 What she recognized then and during the years that followed was a media narrative that rarely matched the experiences of the people hardest hit by the disaster. There was a disconnect between the predominantly white newsrooms and the people most affected by Katrina, most of whom were people of color.

Today, Mislán is an associate professor at the Missouri School of Journalism where, among other topics, she teaches courses in cross-cultural journalism. Her research interests often involve social movements and activism, including a book project she is currently working on that examines how Black journalists, writers and editors in the United States covered the Cuban revolution from the second half of the 20th century until the early 2000s.

However, this fall, Mislán is taking a break from teaching to explore a new area of research — the impact of climate and environmental disasters on marginalized communities and how members of those communities are taking agency, enduring the conditions and speaking out about what it means to live within structural forces that severely impact their lives.

Her destination: New Orleans and the Gulf Coast.

“What I see in the news on a daily basis are big picture views of climate disasters, but there is something missing about the actual communities that confront these disasters.”

“Katrina is a small story in a long history of climate and environmental disasters,” Mislán said.  “People have been living in these spaces for a long time and have taken up agency to say, ‘We’re not just going to sit here and be victims.’”

Her research this semester is being funded by a $45,000 grant from the Reynolds Journalism Institute (RJI) at the School of Journalism. Part of her work in New Orleans and the Gulf Coast will include writing articles for the RJI website about her discoveries, observations and how journalists can better cover marginalized communities impacted by climate and environmental disasters. Ultimately, Mislán plans to take her research to Puerto Rico, where she also has family roots and compile her findings into a creative non-fiction book, written for a broader audience.

“I am from the area, so I see this project as an opportunity to integrate some personal history within my research,” Mislán said.

During her research, Mislán will gather oral histories and use them as a guide to other areas of discovery. She also plans to talk with journalists in the area about how they cover climate and environmental disasters and the communities that are most impacted.

In the years that followed Hurricane Katrina, journalists have written about the impact misinformation had on recovery efforts and the people most effected by the disaster. In 2015, the Guardian reported that misinformation about lawlessness in New Orleans during the aftermath made the situation worse. For example, school bus drivers refused to drive their vehicles into the city to help with the evacuation because of the dangers they heard about on television. The New York Times reported about how media photographs of Black and white victims were described differently. A caption under a picture of a Black man clutching a case of soda and pulling a floating bag read “looting a grocery store.” Another picture of a white couple in chest-deep water, the woman holding bags of food, read, “after finding bread and soda from a local grocery store.”

“What I see in the news on a daily basis are big picture views of climate disasters, but there is something missing about the actual communities that confront these disasters — what are the ways people are actually experiencing climate disasters?” Mislán said. “I want to find out what they perceive as missing from the media coverage, and I want to find out how they might be resisting the narratives that are being presented by mainstream media.”