Jacqui Banaszynski spent 20 years as a beat and enterprise reporter, then worked as projects editor at newspapers in the Midwest and Pacific Northwest.

For her series “AIDS in the Heartland” — an intimate look at the life and death of a gay farm couple, published in the St. Paul Pioneer Press — Banaszynski won the 1988 Pulitzer Prize in feature writing and a national SPJ Distinguished Service Award.

Banaszynski leads workshops for editors and reporters around the world, has taught at American Press Institute (API), the University of Kansas and the University of St. Thomas in St. Paul, and has served as a Pulitzer juror.

Jacqui Banaszynski holds the Knight Chair in Editing at the Missouri School of Journalism. Student journalism projects she directed have three times been named finalists in the Hearst Awards, considered the Pulitzers of college journalism.

Winner Ernie Pyle Award for Human Interest Reporting (and five other national/international awards) / 2003 — For “In Her Mother’s Shoes” (Paula Bock, The Seattle Times)

2008 American Association of Sunday and Feature Editors Hall of Fame

Written work, including articles, essays and speeches, are featured in numerous textbooks, including “Telling True Stories: A Nonfiction Writer’s Guide from the Nieman Foundation at Harvard University.” 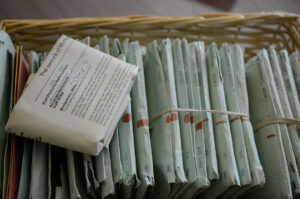 Altogether there are just 32 small envelopes, faded to an institutional green, with shredded corners and split seams. An unimpressive collection and, as their savior so plainly put it, not enough to fill a shoebox. Yet they hold almost three years of my life’s work. Work headed for a dumpster if not for the thoughtfulness … Continued 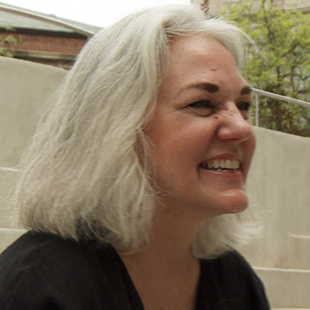