From 1988 to 1996 Jane Stevens worked for the Boston Globe and San Francisco Examiner. Among other jobs she served as a reporter, columnist and editor.

In 1993 Stevens began the Violence Reporting Project which encourages news organizations to add a prevention/public health approach to crime reporting. She is still the director of that program.

In 1996 she started working for Video News International. With funding by The New York Times the organization quickly morphed into NYT-TV. She also worked as a videojournalist for the Learning Channel’s Science Times, for Discovery.com and MSNBC.com.

Before her fellowship at RJI, Stevens was an editorial director of Oceans Now and worked as an associate professor at University of California Berkeley’s Knight Digital Media Center where she taught multimedia reporting.

From 2009-2011, Stevens was director of media strategies for The World Company, in Lawrence, Kan., where she led a team that developed WellCommons.com, the first local social journalism health site.

In January 2012, Stevens launched the niche news site, ACEsTooHigh.com, and its accompanying social network, ACEsConnection.com. The sites are phase one of a national Community Health Network. She’s currently living in Northern California, just outside Davis, where she’s happily biking and jogging every day.

ACEs Connection Network is offshoot of Jane Stevens’ 2008-2009 RJI Fellowship One way to prevent childhood trauma and the adult social and health problems that often follow is to raise awareness. This mindset led health journalist Jane Stevens to create her own niche health news network. Story ideas began piling up faster than she could … Continued

When traditional news organizations begin laying off beat reporters, crucial community coverage can take a hit. Health is one beat that is underserved in almost every community. People want to understand why so much money is spent on healthcare every year and why there are so many health problems in communities, said Jane Stevens, ACESTooHigh.com … Continued

WellCommons: Revolution under the radar

Last week, WellCommons.com, a local health news site, part of the Lawrence Journal-World in Lawrence, KS, won Editor &amp; Publisher’s EPPY award for “Best Community Service on a Media-Affiliated Website with under 250,000 unique monthly visitors”. Thank you, judges! Since there wasn’t an article about the winners, just a list, I’ll explain why we nominated … Continued 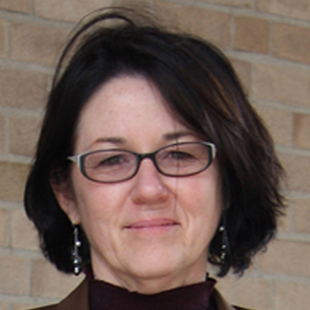