Matt Thompson graduated with honors in English from Harvard College in 2002. He went on to work at the Poynter Institute from 2003-04 as the Naughton Fellow for Online Reporting and Writing. While at Poynter, he and his colleague Robin Sloan produced the Flash movie EPIC 2014, a picture of the media past set 10 years in the future, which was written up in the New York Times, the Financial Times, USA Today, the Guardian, on MSNBC, and elsewhere. He now serves on Poynter’s National Advisory Board.

Thompson was an online reporter/producer for The Fresno Bee, winning first- and third-place Best of the West awards in 2004 for his multimedia projects. At the Bee, he led an internal advisory committee exploring the paper’s strategies for acquiring new audiences.

He went on to work as Web editor for the Minneapolis Star Tribune, where he led the creation of the Edgie-award-winning, socially networked arts-and-entertainment Web site vita.mn. While managing the development, community and production of vita.mn, he also managed technology and interactivity-related projects for StarTribune.com, from creating an internal taxonomy to transforming the online opinion section into a blog.

Matt Thompson and Robin Sloan, co-creators of the hugely popular web video “Epic 2014,” released their newest video today, “SND Storm,” at the annual convention of the Society of News Design in St. Louis. Matt, a 2008-2009 Donald W. Reynolds Fellow at the Reynolds Journalism Institute, is an editorial product manager at NPR, where he’s … Continued 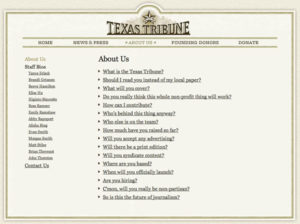 In new news orgs, a glimpse at journalism founded on value, not mass

A few weeks back, John Thornton invited me to Austin, Tex., to take a look at his news organization in-the-making, a team of powerhouse journalists from all over the state who are assembling the ambitious effort that will be the Texas Tribune. Before coming to RJI, I worked in for-profit newsrooms, where the constant primary … Continued

In his own words: A selection of Matt Thompson’s blog entries Part 2

The W-bomb Sept. 22, 2008 You can’t tell from my blogging, but I’ve gotten rather sensitive about the word “Wikipedia.” Earlier this year, after I’d written my research proposal, I was casting about for a title to communicate the core concept I hoped to pursue. I recalled a whitepaper by Shayne Bowman, Ellen Kampinsky and … Continued 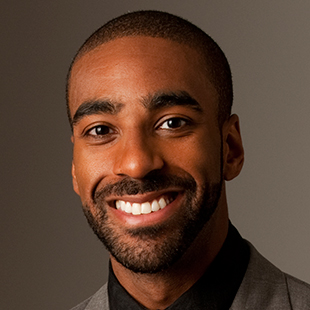