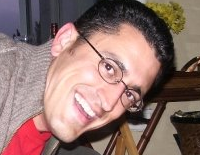 David Gehring advises news media companies in Europe and the U.S with a focus on platform partnership strategy. Previously, Gehring worked for Guardian News and Media as VP of partnerships. At GNM, Gehring focused on developing and launching the Digital News Initiative with Google and seven other participating European news publishers. The goal of the DNI publisher coalition is to engage with Google on fundamental platform initiatives designed to improve the economic opportunity for quality original journalism in the digital economy.

Prior to GNM, Gehring worked at Google in various roles. In his first two years at Google, Gehring established the news vertical in the YouTube Partnerships team and worked with global news organizations to grow their video audience in YouTube and off platform. Gehring eventually transitioned to a strategy team at Google where he focused primarily on media partnerships and global alliances with a particular focus on the economics of the news industry.