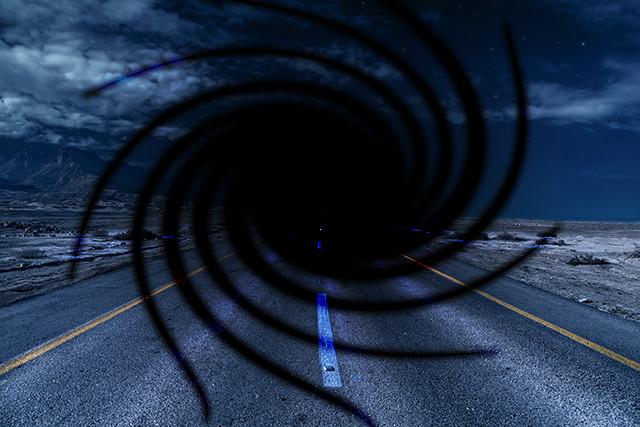 We started digging our current Memory Hole a few decades ago: Technological systems that support the creation and presentation of modern journalism, those digital troves holding “the first rough draft of history,” morphed so quickly and frequently over the years that we no longer know where the treasure is buried. Like drunken buccaneers, journalistic enterprises reveled in the glitter of computerized content creation and instant news delivery. As the winds of the Internet blew, captains of the news industry set sail to plunder rich new markets. Shifting currents of revenue dashed media vessels, both old and new, on the rocks. In the tempest of perpetual technological transitions, we’ve not only lost our maps to those buried binary treasures; we no longer even have the algorithmic keys to unlock them.

The Memory Hole deepens through a variety of virtual shovels, drills and scoops. For example, the advent of Hypertext Markup Language (HTML) gave us hyper-linked information: the addictive ability to easily leap the confines of one page to another in search of citations, references, backstory and context. Over time, this connectivity gave rise to a new form of digital decay; hyperlinks break as they age. Called link rot, these digital deadends fester in a number of ways, including changes of address, paywalls, site redesign, server failure, lack of maintenance, inattention, failed businesses. Our contempt at the familiarity of the “404 Not Found” error results from pervasive link rot. According to Andy Jackson at the UK Web Archive, after only one year, half of all Web content is either missing or unrecognizable; after three years, 65 percent of it has been forever lost to the Memory Hole. Over a 10-year-period, between 2004 and 2014, Jackson discovered that almost every link had been broken.

The phrase digital preservation is an oxymoron, or at least a misnomer: Saving digital objects is a never-ending series of proactive measures that keep the contents on life support. Unlike the relatively passive model of archiving the traditional graphic record — first in stone, next clay, then paper on a shelf — the digital archivist must exert constant vigilance over the electronic record lest his charge (pun intended) pass the Memory Hole’s event horizon and enter a state from which it cannot be recalled.

My prime directive at RJI was to somehow put a dent in this dynamic — to save born-digital news content. Clearly, this was a baffling, gargantuan task. The good news was that there was plenty to do. The bad news was I wasn’t sure where to start. Luckily, I found the perfect mentor in our Missouri School of Journalism librarian, Dorothy Carner. In addition to her work on behalf of journalism students and faculty, Dorothy has been and continues to be a tireless advocate for saving news archives. She was instrumental in obtaining funding for, organizing and hosting “The Newspaper Archive Summit: Rescuing orphaned and digital content” in 2011 at RJI. In that event, RJI teamed up with Mizzou Advantage, the University of Missouri’s strategic initiative program, to sponsor the summit’s visionary proceedings. The event laid the groundwork for a broad-based constituency of stakeholders to begin addressing the many issues involved.

As we discussed the scope of options, Dorothy and I soon agreed that the nascent community formed at the RJI/Mizzou Advantage summit needed a reboot to get back on track. At that point, I decided to ask RJI and Mizzou Advantage for another round of funding for an event that would focus exclusively on the needs of born-digital news preservation. The event would need a catchy title, something that rolled off the tongue, but also suggested the broader societal implications of saving news archives; something resonant; something about the importance of truth, history and avoiding the many forms of memory loss facing us. Perhaps something foreboding, haunting and Orwellian like “Dodging the Memory Hole.”