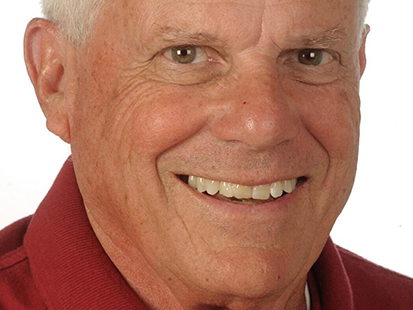 Tad Bartimus has a way of getting you tangled up in her universe. You say “yes” to some little request, and next thing you know you are helping to save the world.

I first met Tad when she was an undergraduate J-School student at Mizzou and I was the unsuspecting young publisher of the Tribune. Somehow she convinced me we needed a Mizzou correspondent — no, she convinced me we needed her as the Mizzou correspondent — and both our lives changed. Tad went on to become the first female special correspondent for The Associated Press and one of the few women covering the war in Vietnam. In the meantime, I bumped into her in Miami, where she was getting started with the AP and I was fooling around with sailboats.

Many years passed. Tad lived in Alaska and Hawaii with a stint in Estes Park, Colo. Every few years I would discover some other Tad adventure, enjoy a brief interlude of reacquaintance and we’d move on.

Finally, not long ago, she was at my doorstep again with another project, perhaps the last in her long career. She wanted to bring “Talk Story, Write Story” to MU’s Reynolds Journalism Institute and said the project desperately needed a local newspaper sponsor. Of course, the Tribune was the one.

As usual with Tad, I had no real idea what she was up to, but initial ignorance, or even disinterest, is not enough to put her off. So we finally said we would be involved, and from the story in this section of the newspaper on Sunday, I learned a large contingent of Columbia’s best was hooked as well.

Tad and her husband, Dean, have invented a unique educational vehicle aimed at elevating needy talented kids from struggling school days to fully funded college educations. In Columbia and elsewhere, she recruited who’s-who rosters of mentors to work young people through a process Tad learned in Hawaii and later took to Alaska, a metamorphosis from telling stories under a monkey pod tree to writing stories and winding up in college.

I can’t do justice to the whole story here; I just want to mention my old friend Tad, who has done another round of good stuff as she travels toward the end of her career. By the time this piece appears, she is on her way back to Hana, Maui, where she and Dean have their home. Unless I miss my guess, she’ll suddenly appear again when I least expect her.