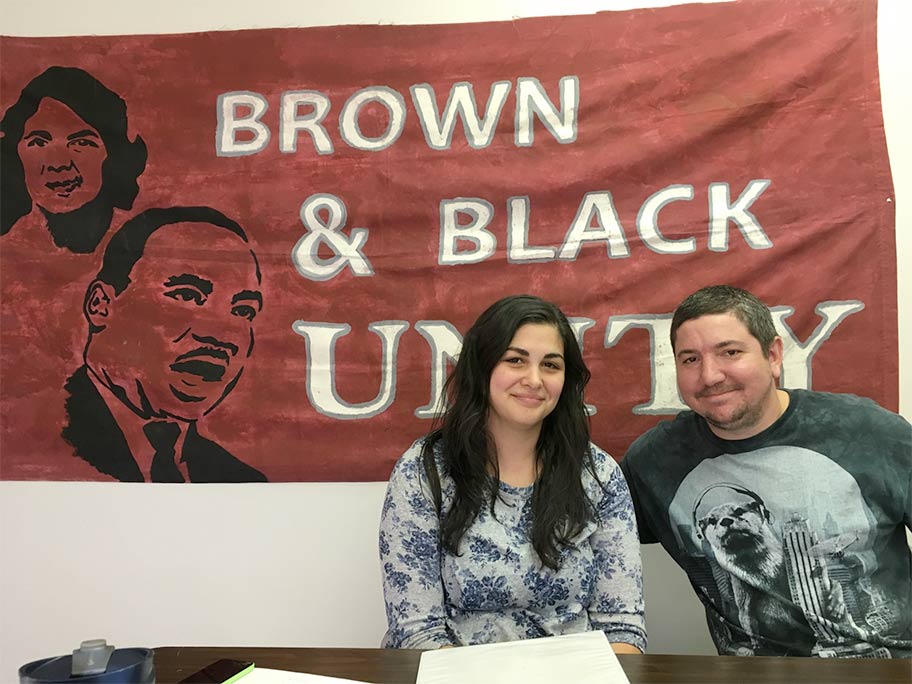 There is perhaps no more misunderstood and maligned community in Alabama than the state’s population of undocumented immigrants.

Uncounted by definition, they’re still reeling from the negative impacts of the state’s H.B. 56.

Passed in 2011, the law wreaked havoc on the immigrant community by imposing a host of draconian measures, from demanding that police stop people they suspect of being undocumented to requiring schools to check the immigration status of children.

Many immigrants — both undocumented and legal — fled the state to avoid the law’s dangerous vagaries, and many more were arrested and eventually deported.

H.B. 56 was eventually defanged, but immigrants across Alabama still harbor deep-rooted feelings of distrust, anger and fear because of its impacts on their lives. At the same time, journalists have a responsibility to tell stories that reflect the broad array of people who define the communities they cover. That wide swath of people includes the thousands of immigrants who live in our towns and cities, work in our businesses and contribute to our lives.

It’s vitally important that reporters know as much as possible about what’s going on in their communities. But ever-declining newsroom staffs and resources make the task of ensuring important stories don’t fall through the cracks an increasingly difficult endeavor.

That’s where I’m hoping my fellowship project at the Donald W. Reynolds Journalism Institute will be able to have an impact. I want it to serve as a bridge between the people whose stories aren’t being told and the professionals whose jobs it is to capture those stories and distribute them to the broader community.

Last month, fellow RJI Fellow Andrew Haeg and I took a trip to the Birmingham offices of the Alabama Coalition for Immigrant Justice. The ACIJ is one of the leading immigrant advocacy organizations in the state, and one of its roles is to serve as a bridge between undocumented immigrants and government, media and services.

Haeg was in town to help streamline the process of getting his GroundSource product integrated with my project and to learn more about its utilization for his own work.

But he also wanted to see how I’ve spent the past couple of months, and hoped to tag along on a meeting with one or more potential deputies — the people who will be participating in my project as the conduits between underserved communities and the AL.com newsroom.

So I set up a meeting with Victoria Siciliano Zucco and Victor Spezzini of the ACIJ.

“Sounds perfect,” Haeg told me before he arrived in Birmingham, as it would allow him to not only meet some of the potential participants in our work, but also to have that on-the-ground experience witnessing how I recruit deputies, and what that process looks like.

The four of us met one December afternoon in a room decorated with paintings and posters dedicated to Alabama’s immigrant community. A portrait of Dr. Martin Luther King, Jr. hung on one wall.

Zucco and Spezzini knew a bit about my project, but they had not yet signed on as deputies; they were not the only people I was hoping to connect with via ACIJ.

Haeg and I explained to them in greater detail what exactly my work for RJI entails, and what their roles in the initiative would be as deputies and as community liaisons.

“Presumably you might be involved as deputies, but also reaching out to people who aren’t in leadership positions,” Haeg said. “Who might, when they’re invited in, speak from their personal experience and not from the standpoint of an organization?”

I asked Zucco and Spezzini if they would be interested in helping me and my colleagues at AL.com tell the stories of the people they represent. They were excited to get involved, but also somewhat trepidatious.

We also discussed the challenges of getting buy-in from often non-English-speaking immigrants, many of whom are wary of talking to authority figures including members of the press.

After listening to our pitch about what a deputy is and who the ideal candidate would be, Zucco said that she could think of no more than 15 undocumented immigrants statewide who fit the profile.

“My criteria in my head is really people who are active within ACIJ, meaning they are at least in some way politically involved,” she explained. “[They] will come to community meetings, just generally be informed about what’s going on in their area, do some work in their local group, have access to the technology that they would need and also be confident in their language skills.”

While many undocumented immigrants care about their community, there aren’t scores of people who fit the deputy profile, Zucco said.

But she and Spezzini were optimistic about their ability to get a small group of people on-board with the project, and that has turned into actual buy-in from several people in the weeks since the December meeting.

Therein lies one of the key lessons of my project thus far. I’ve found in the months since this fellowship began that most everyone likes the idea of doing work to improve news coverage of their communities, but finding interested people who are truly in touch with what is going on in their communities is not as easy as it may sound.

That’s where groups like ACIJ come in. Leaders like Zucco and Spezzini will undoubtedly make great deputies themselves. But they will prove even more indispensable by helping me identify and connect with potential deputies who are more entrenched in individual communities and have more intimate knowledge of the stories that need to be told.

“Generally what I try to do is connect people who are very much members of the community, the affected people that we serve,” Zucco told us during the meeting, underlining the key role people like her and Spezzini play in this work.

So the work of my fellowship moves inexorably along, one or two people at a time, toward that point where we’ve built a strong network around this effort.

It’s just a matter of time and, more importantly, connecting with the right people.