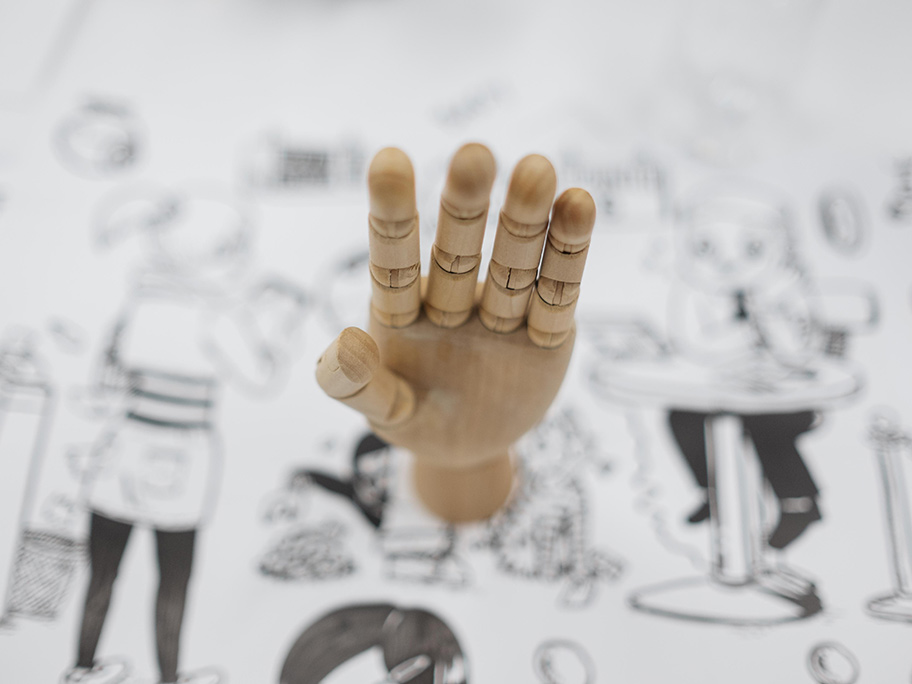 And into people’s brains

It’s a new year, and as I’m nearing the end of this fellowship, it seems worth pulling the lens back a bit. We’ve spent a lot of time thinking about nuts and bolts —how to build a bot, when to opt for quick and dirty hacks over fresh code, if and when you should ever care about p-values—but we haven’t spent much time reflecting on some of the core propositions of data journalism.

In the first post in this series, I wrote that “interactive, data-driven features harbor precisely the grounding potential needed to pull climate change into the present.” Looking back, I think I offer the claim as a bit of a given there—an axiom—as opposed to writing about why I think that’s true. Hey, blame my editor. (Just kidding, Kat!)

In part, I subscribe to that theory because I’ve been drinking the visual journalism Kool-Aid for a while now. I like journalism that makes the abstract more legible via data-driven, interactive reporting. It works for me. Here’s why I think it can work for many of us.

Climate change is hard. It tends to inch along across borders and generations, slowly and amorphously. There aren’t really any villains—not in the traditional Iago sense, anyway. In other words, it doesn’t follow traditional narrative arcs. Writing about climate change often amounts to jamming a square peg into the round hole of journalism, what with the latter’s rich characters and ledes and kickers. (Amitav Ghosh wrote a whole book about this problem as it applies to the novel!)

So climate journalists—like many other journalists faced with the task of pulling apart the complexities of intricate systems and somehow spinning stories out of them—are left in want of a toolkit that makes their jobs a little easier. I think data science and visualization are good tools to that end. They provide the marble from which you can sculpt your missing heroes and villains.

But visual journalism is only good data journalism if the complexities of the real world allegedly captured by your statistical models or data-driven news apps or immersive features are readily interpreted and internalized by your audience. It doesn’t count if it’s just flash for the sake of flash. People have to remember what they saw.

That’s where I find metaphor to be a particularly powerful tool. I’m a little loosey goosey on the definition of that one, too, but I guess I mean something like: deploying visual or rhetorical frames such that the subject at hand is understood in terms of another subject. For visual journalists, metaphor is an act of translation.

We’ve got good evidence that this kind of stuff works. Scores of researchers have illustrated the comparative effectiveness of visual metaphors in communicating complex information—from explaining how pensions work to helping readers build up mental models of electricity.

Here’s a quick example. I’m currently doing some reporting on the environmental rollbacks of the Trump administration, and these policies represent the bureaucratic apparatus at its absolute dullest. Allow me to liberally quote from my draft:

… A 2015 rule had for the first time limited the toxic metals that coal plants could release via the effluent wastewater into rivers. In 2018, the Trump administration suspended the rule, moving the date when facilities would have to begin to comply with it from November of that year to two years later.

In the intervening period, the administration designed its own effluent rule. Under the previous standard, coal plants would have had until the end of 2023 to come fully into compliance with the 2015 regulation. Now, they won’t need to do so until the end of 2025 — and fewer types of waste will be regulated.

When the EPA released the initial effluent rule in 2015, it estimated that every year the wastewater standards were in effect, 1.4 billion fewer pounds of lead, arsenic, mercury, selenium, and other toxic metals would end up in U.S. waters. But ultimately, that rule was never implemented.

Serious stuff! But also kinda dry. The point I want to leave readers with is: 1.4 billion pounds of annual water waste is… a lot! And yet it’s a little tricky for us to wrap our heads around numbers like ‘1.4 billion’. A framing device would be helpful.

I don’t know the proportional breakdown of all the metals flowing from coal plants into rivers, so I can’t really show readers what the pollution amounts to (in terms of, say, Olympic-sized swimming pools, as a classic translational approach might suggest). Instead, let’s try making a comparison. Imagine the billion pounds in question were a different water pollutant: petroleum. We know the density of oil, so we can compute the number of gallons we’d be talking about. How big of an oil spill would this rollback cause?

It turns out that 1 billion pounds of oil is about 136 million gallons. Which is… almost exactly the size of the biggest oil spill in U.S. history. Deepwater Horizon clocked in at 134 million gallons. There’s our metaphor. I’ll accompany that datapoint with a supplemental animation of a burgeoning oil spill, even though the relevant regulation mostly concerns coal plants. Some accompanying text will describe the animation:

Under Trump’s new effluent rule, wastewater from facilities like coal plants will carry at least 1 billion pounds of contaminants — including mercury, arsenic, and lead — into rivers and streams annually.

Imagine these pollutants were oil. Taken together, the volume would amount to approximately 136 million gallons of petroleum each year.

By comparison, the Deepwater Horizon spill — the largest oil spill in U.S. history — resulted in 134 million gallons of oil leaking into the Gulf of Mexico.

Thus, we might say the rollback is akin to unleashing a Deepwater Horizon’s worth of pollutants into American rivers and streams every year.

What do you think? Misleading or creative? It’s certainly memorable.

You can get in touch with Clayton Aldern at caldern@grist.org on Twitter @compatibilism.