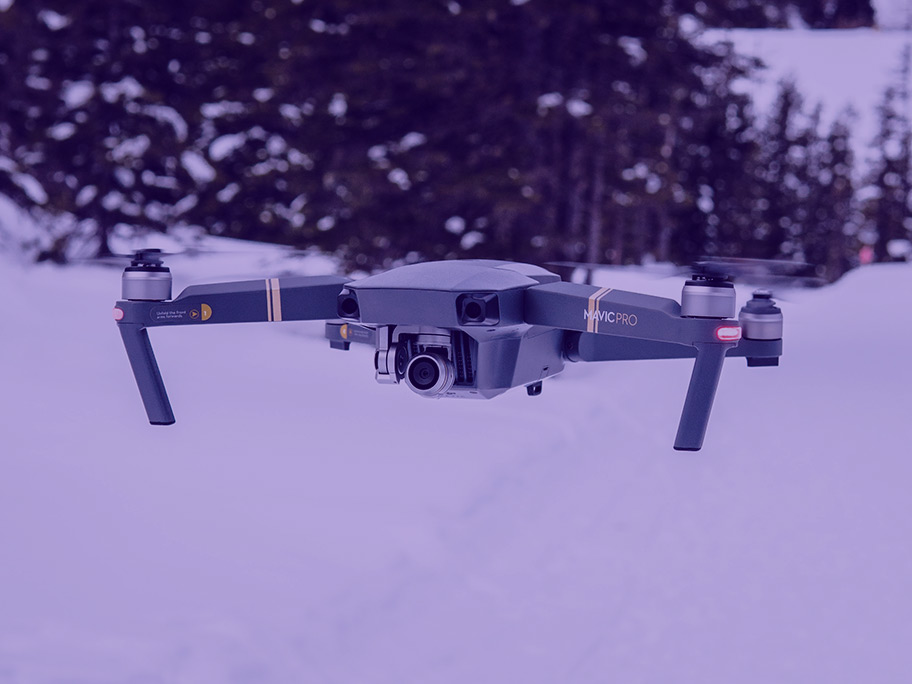 Bundled with the FAA’s announcement Monday of the long-awaited rules on requiring remote ID from drones were two rule changes that will ease drone newsgathering for news organizations. Clearly the bigger of these was a drastic change in the way pilots will receive approval to fly at night.

The new rule for night flights simply requires the pilots commanding the missions to have passed the newest version of the Part 107 test for remote pilots that will include questions related to night flying.  New pilots will get those questions on their in-person tests as soon as the new version is released; current pilots will need to take a free, online version of the recurrent test to get night flying authorization. The new test will be available 15 days before the new rule goes into effect, which should make it available in February.

No longer will news organizations need to file separate waiver requests for different aircraft or keep track of the expiration dates of those waivers. In fact, all existing waivers will expire next summer.

One detail that remains for the new night flying rule is that any drone flying at night must carry anti-collision lights visible from three statute miles. These lights are not typically part of the stock setup of new drones, so news organizations should plan to equip all their drones with the required lights. That cost is minimal, usually running around $40 per drone.

The less impactful of the two new rules will allow more liberal access to fly drones over people. Currently, news organizations cannot fly their drones over people not involved in their specific production without a waiver to do so — which are rarely given by the FAA. The new rule reduces the need for waivers, but does so with a complicated formula looking at the design of the drone, how much force it could possibly hit a person on the ground and how it will fly over people.

The new rule for night flights simply requires the pilots commanding the missions to have passed the newest version of the Part 107 test for remote pilots that will include questions related to night flying.

The design element requires there be no exposed propeller blades that could cut skin. Most news drones fly with unprotected propellers, which would not allow them to fly over people. But it’s possible to add propeller guards to most models.

The force requirements are more complicated. Drones will be placed into classes based on their potential force at impact. Without going into the specific forces here, it’s clear drone manufacturers will have to come out with detailed tables that give pilots the potential force their drone could exert based on speed, altitude and other factors.

The big reason this rule change won’t help news organizations much is that it’s designed to assist deliveries by drone, not news organizations. Even when meeting the propeller safety and force rules mentioned above, the new rule nixes flights over what are called “open-air assemblies” of people. This would rule out many of the reasons news pilots would want to fly over people, such as protests, concerts, sporting events or other large gatherings that become newsworthy.

The intent of allowing easier ways for pilots to fly over people focuses on brief transits over people on the ground, as a drone would fly making a delivery. Should our drones meet the other physical tests to fly over people, not having to skirt around a few bystanders on the ground getting to our flight area would be a minor help. But the days of flying at the huge political rally are still in the distant future.

As for the remote ID rule change, it remains the two-edged sword I wrote about early in the process. The FAA simplified the process by which drones will broadcast their identification, requiring each aircraft to transmit its encoded data on Wi-Fi or Bluetooth that can be received on personal wireless devices in the area. That information will help police the skies for bad actors and allow pilots following the rules (as news organizations do) to be less likely to encounter problems with rogue drones. But the information will still be available in decoded form to law enforcement, which RJI and other journalism organizations fear could lead to agencies targeting journalists after monitoring their flying habits. Suggestions from RJI and other organizations to limit access to the data through a third-party court system were acknowledged by the FAA in its full report, but the agency took no action.

There is some good news for media organizations in the remote ID rule. Existing drones do not transmit the required data, which worried some that our current fleets would become obsolete for commercial use once the remote ID rule went into effect. But the FAA will allow add-on hardware to do the needed transmission, meaning the small cost to retrofit existing aircraft won’t break already stressed newsroom budgets.

The night flying, flights over people and Remote ID rules go into effect 60 days after their publication in the Federal Register, meaning all should be in place around the beginning of March 2021.