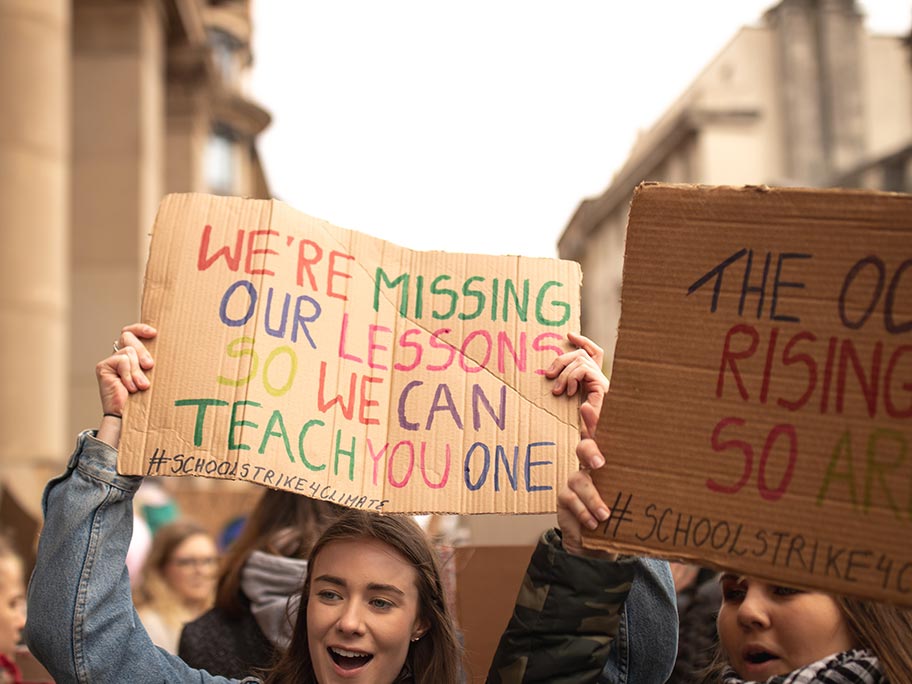 Our capstone team worked with BuzzFeed to find the answer to one complex question: What does Gen Z celebrate? While finding the answer, we were to develop personality profiles that captured what it’s like to be a member of Gen Z and give BuzzFeed three to five content suggestions that would appeal to the growing audience.

After four months of sifting through research, distributing surveys and conducting focus groups, we learned more about Gen Z and modern media consumption habits than we anticipated. It’s usually agreed that Gen Z encompasses those born between 1995-2012. For our research, we focused on those that are currently ages 16-25 (born 1995-2004). Newsrooms can’t ignore Gen Z and the sooner they embrace learning about it, the more successful they’ll be in producing appealing content to the generation full of digital natives.

Here’s three things your newsroom should consider about Gen Z-ers:

They feel inundated with negativity

Our research shows that Gen Z feels overwhelmed by the amount of negativity in the news. Other audiences may have a similar reaction, but no other generation has had so much exposure to the media. This generation of digital natives seem to eat, sleep and breathe content consumption. Younger generations have turned to social media as a form of relief and escape from the stress of real life.

But when their timelines are filled with negativity, we see more members of Gen Z actually shutting off social media and taking a mental health break. We had a total of 19 participants in our focus groups. Some of these participants noted that they have already decided to stop consuming news altogether because it was too negative. We as journalists cannot control what newsworthy events happen around us. But, it’s our job to make sure our readers have the resources to be well-informed, and with Gen Z, the environment to take care of mental health.

We suggest that outlets double down on highlighting positive events that are happening. It might not feel like the most groundbreaking journalism, but adding a positivity column or spotlighting something good in the community can make a difference in a Gen Z reader’s consumption.

They want publications to have a personality

When we asked Gen Z what characteristics they look for on a publication’s social media platforms, the top answers centered around being noticeably creative, fun and relatable. One social media account that often resonates with Gen Z is Wendy’s Twitter account. Wendy’s isn’t afraid to call out Mcdonald’s on the timeline, or get involved in a funny meme that went viral.

Of course, not every newsroom can go to that extent, and it doesn’t have to.

Gen Z wants to feel like it’s consuming news from a publication it knows, trusts and can have a laugh with. Most news that gets published is serious, and it’s impossible to find humor in every story. But, Gen Z wants news outlets that interact with them in fun, creative ways, and this should be implemented by every newsroom.

Instead of just being an account that posts links to the top stories of the day, what about joining in on a viral trend? Posting a playful rivalry with another newsroom? Social media has blurred the lines of professionalism and fun, and it’s something newsrooms must acknowledge when trying to appeal to Gen Z.

Members of Gen Z also create content. Cute cat videos, trending TikTok dances and hilarious tweets go viral every day, and it’s becoming more and more obvious that Gen Z is largely responsible for that. To stay relevant and informed about pop culture, especially on social media, it’s important to consume Gen Z’s content, and oftentimes as journalists we should include it in our stories and posts. To this generation, user-generated content is personal, and there are ways for newsrooms to build closer relationships with the generation and highlight their online clout.

Outlets should already have a clear set of standards for using user-generated content, and they should continuously evaluate them. One way to take that a step further and create a closer bond with Gen Z is to use the main brand account when reaching out for permission. Not only is this a way for your brand to seem upfront about where it is getting content, but it’s also a way to show recognition to the user.

Our second recommendation is to establish a relationship with the content creator. If your newsroom is doing a TikTok dance, invite the creator of the dance to Zoom in and do it with you. If it’s a tweet you’re using, give the user a retweet or like on the main brand account. It’s important that newsrooms go out of their way to show Gen Z that user-generated content is important for spreading knowledge rather than an exploitation of “clout.” Members of this generation value authenticity, and the best way to build on the relationship with the reader that is to incorporate users just as much as the content you may be using.