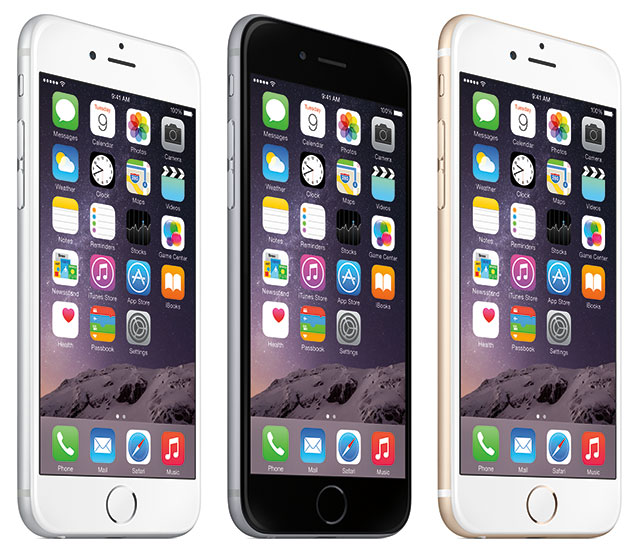 After using an iPhone 6 Plus exclusively for a month, I’ve concluded that I can get along just fine without my Wi-Fi-only iPad mini in my daily routines.

It won’t replace my iPad entirely, but I’ll be using it much less for news and timely information, such as weather updates, television listings and market data. One of the uses I’ll still have for my mini and full-size iPads is for displaying, storing and managing letter- and legal-size documents. I rarely print out documents on paper anymore. I “print” them as PDF files, which I store and manage using the GoodReader app. My iPads are now essentially my mobile file cabinets and document readers.

Early sales reports indicate that the iPhone 6 and 6 Plus are giving Apple the boost it needs to retain its dominance of the smartphone market in the U.S. and most other countries. However, these gains appear to be coming at the expense of the iPad. Based on my own experience, I suspect it’s the iPad mini and other brands of mini tablets that are being impacted most by the growing popularity of “phablets” — smartphones with 5-inch or larger displays.

It’s too early to know if phablets also will give news organizations a boost, but I’m still willing to wager that they will as they become more widely adopted.

As I expected, Apple’s 5.5-inch high-definition Retina Display has made reading long stories and watching videos much more pleasurable on a smartphone. Consequently, I’m now reading more on my 6 Plus than I did on my earlier iPhones.

While the iPhone 6 Plus, Samsung Galaxy Note and other phablets are viewed as hybrids of smartphones and tablets, they are mainly smartphones. All of the apps I’ve seen merely scale their standard smartphone versions for the larger displays.

As I expected, Apple’s 5.5-inch high-definition Retina Display has made reading long stories and watching videos much more pleasurable on a smartphone. Consequently, I’m now reading more on my 6 Plus than I did on my earlier iPhones.

That’s not meant as a criticism. The multicolumn, document-based formats that work well for tablets obviously are not suitable for phablets. Single-column, Web-based formats that allow readers to enlarge or reduce the text size and display photos and graphics in portrait or landscape orientation are best for phablets as they are for standard smartphones.

Where I believe the larger display size could make a significant difference for news organizations is with information graphics and advertising. So far, nearly all of the information graphics I’ve seen in smartphone news apps — and I haven’t seen many — are JPEGs of small charts or maps originally designed for print. What I would like to see are more informative interactive graphics with layered elements optimized for the phablets, as well as for tablets.

Mobile advertising also needs to get beyond interspersing inane buttons within news pages that link to advertisers’ websites. In my view, a better approach would be to create linked elements that draw readers to more entertaining or informative display ads within the news organization apps. Ideally, they should encourage reader interactions with the ad content, such as the ability to make purchases or reservations, participate in a game, or learn more about something.

I must admit that holding the plus-sized iPhone close to my ear for voice calls still feels awkward. A Bluetooth or wired earphone would overcome that problem, but that’s an option I’ve resisted. They just seem too geeky for me. They also tend to make people act crazy in public, as if no one notices when they are gesturing wildly and talking loudly to empty space. When I’m at home or in a private office, my preference for long voice conversations is to use the speaker phone, which works quite well on the iPhone 6 Plus.

I’ve long been skeptical about using smartphones as digital wallets, but Apple’s near-field communications (NFC) payment model called Apple Pay has made me a believer. This past weekend, after updating my 6 Plus to iOS 8.1 and loading two credit cards, I immediately used Apple Pay at a local Walgreens and Panera Bread. I was pleasantly surprised by how convenient, fast and easy it is to use. This will now be my preferred method of payment. Just need more local merchants to adopt Apple Pay.