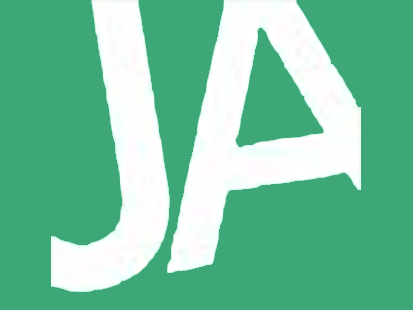 Was 2012 prosperous for publishers? The four-part series continues, with this third installment offering key lessons from three well-respected practitioners known for thinking outside the box. Mike Fancher, veteran news business strategist and 2008–2009 Reynolds Fellow; Lila LaHood, director of operations and development at San Francisco Public Press; and Keith Hammonds, director of Ashoka’s Knowledge Initiative, offer their unique perspectives. Fancher sums it up as such: “News businesses — emerging or legacy, large or small — won’t be relevant and economically viable if journalists don’t feel a personal responsibility to make public engagement a core tenet of their work.” LaHood offers insights from the nonprofit trenches: “We learned that we weren’t giving our supporters enough different opportunities to support our brand of local public-interest journalism.” And Hammond sees the opportunity to act as a changemaker is to “produce content that’s relevant; connect it to mechanisms that help citizens and communities make change; articulate a value proposition and (not least) ask to be paid.”

How would journalism be different if we were starting with a blank pad and the new possibilities of interactive technology?

Some of journalism’s values and purposes would remain the same:

But, as solid as those values are, they have never been achieved fully or consistently by professional journalism. The public isn’t satisfied with journalism’s success in any of those aspirations. People simply don’t trust journalists to live up to the values and standards they espouse.

Here is the most important thing I learned in 2012:

News businesses — emerging or legacy, large or small — won’t be relevant and economically viable if journalists don’t feel a personal responsibility to make public engagement a core tenet of their work.

Individually and collectively, we journalists must feel motivated to connect with people and communities in as many ways as possible. We should seize every opportunity to build and nurture relationships and to help people connect with each other.

We must utilize the potential of interactivity and networking to let the public participate as true partners in every aspect of our work. We must transform journalism to be truly of, by and for people.

The Journalism Accelerator is the outgrowth of Lisa Skube‘s 2010-2011 Reynolds Fellowship. Block by Block, an annual gathering of independent hyper-local publishers, was created and nurtured by Michele McLellan, a 2009-2010 Reynolds Fellow. Both initiatives have been supported by 2011-2012 Reynold Fellow Janet Coats.

Mike Fancher, the executive editor at The Seattle Times for 20 years before retiring in 2008 and the author of “Re-Imagining Journalism: Local News for a Networked World,” remains active in the journalism world. In July 2011, he wrote this in an op-ed piece for the St. Louis Post-Dispatch: “If journalism didn’t already exist, we wouldn’t create it in the form that is has been practiced for the past century. He was a Reynolds Fellow in 2008–2009.

“The values, functions and purposes of journalism are as important as ever, but journalism must be re-invented as an interactive endeavor if it is to remain relevant and accountable. Journalism must be re-imagined for a networked world in which people use technology for themselves to do things they once relied on journalists to do for them.

“Digital technology enables news consumers to participate meaningfully in all of the traditional functions and purposes of journalism. Therefore, public engagement is at the heart of re-inventing journalism, but it requires that the people seize the opportunity.”