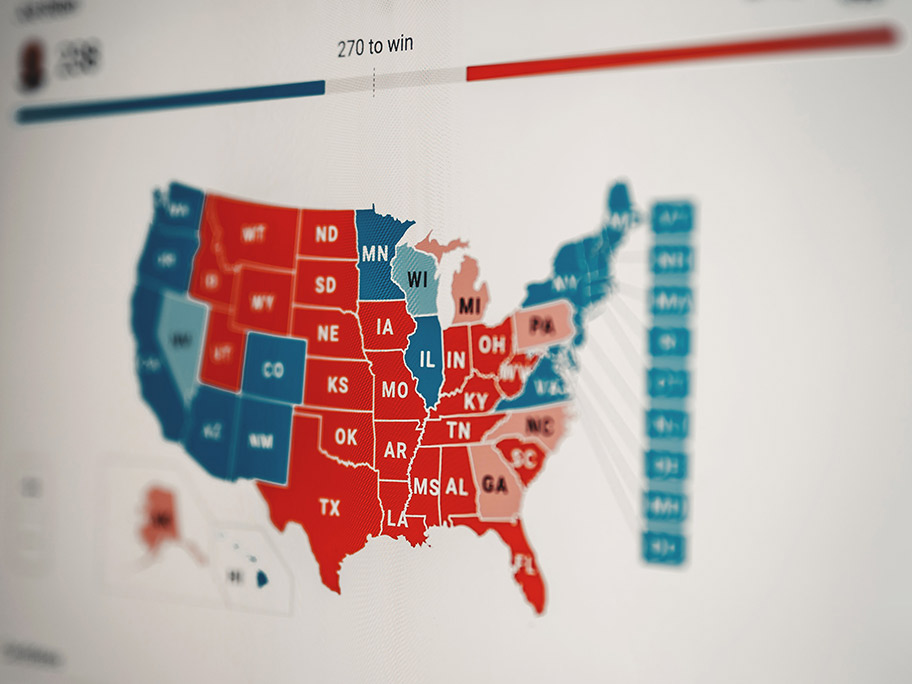 In the past four years, I’ve seen increasingly fervent articles, studies and op-eds declaring journalism’s essential role in a healthy democracy. As we’ve heard many times before, local news is critical to informing communities and promoting civic engagement. The very presence of a local news organization revives democracy, underpins democracy, sustains democracy, and yet these proclamations have been strikingly disconnected from reality.

Since the 1970s, the U.S. local newspaper industry has been steadily shrinking, the public has precipitously lost its trust in news media (reaching an all-time low in 2016), and hundreds of thousands of journalists have been laid off. As comforting as it is to blame the Internet and social media platforms for accelerating the news industry’s implosion, the evidence suggests that the journalism industry was already on the path to irrelevance for decades.

I still believe in the role of a free press in a liberal democracy, but proclaiming that journalism is critical to “saving democracy” is not a strategy for revitalizing the news industry. It may be an effective rallying cry or marketing slogan, but preserving democracy has become a defensive response that excuses journalists from ever seriously contemplating how to create value for local communities, let alone be held accountable to their stated goals.

Claiming journalism as an artifact of living in a democracy attempts to thrust an ideological solution at a purely practical problem: The news industry is failing to adapt to the rapidly evolving needs and preferences of consumers. Instead of confronting that reality by identifying and creating value and measuring our collective impact, we’ve defaulted to making unfalsifiable claims. “Saving democracy” is a compelling answer to the industry’s woes because it’s impossible to prove right or wrong. Like one’s faith in God, Journalism simply must exist because democracy depends on it.

But this isn’t a debate over beliefs. These assertions are problematic, if not destructive, in that they distract us from owning and evaluating our role in society.

Do local news organizations empower residents to vote? If so, how many people voted? Do we connect small businesses to loyal customers? If so, how many? Do we help residents find and buy affordable homes? If so, how much do homebuyers save? These aren’t rhetorical questions. If the purpose of a high school, for instance, is to help students graduate and be admitted to four-year universities, then their teachers, curriculum, and budget would look drastically different than a high school committed to training student athletes to win national championships. How we identify impact and success determines every aspect of an organization, and local newsrooms are no exception.

Instead of confronting reality by identifying and creating value and measuring our collective impact, we’ve defaulted to making unfalsifiable claims. “Saving democracy” is a compelling answer to the industry’s woes because it’s impossible to prove right or wrong.

Jennifer Brandel, a media entrepreneur and co-founder of Zebras Unite, a collective of entrepreneurs and investors dedicated to building companies that balance profit and purpose, has thought a lot about what it means to succeed as a founder. “It could be a success for the person who created the company to get out and have a lot of money in the bank, or make sure their thing lives on after they decide to leave,” explains Brandel. The key is ensuring every part of the organization is aligned from the early days of incorporation to execution because: “When push comes to shove, is revenue going to beat mission, or is mission going to beat revenue? You have to decide why you exist.”

Anne Galloway, the founder of VTDigger, a decade-old nonprofit newsroom covering the state of Vermont, hopes her organization will become a more stable institution that grows beyond her vision as the founder. What does stability mean to her? Well, it’s mostly financial.

“A lot of news startups focus too much on the journalism and they don’t hire enough people on the business side,” Galloway says. “You have to take a risk and hire a salesperson to pay for themselves.” VTDigger’s path to growth is uncertain given the pandemic, but Galloway and her team strive to build an organization that doesn’t necessarily sacrifice their public service approach for profit. “Our reporters, editors, business team, and board are really committed to the mission. We care about Vermont and the people who live here, and the readers support us because we’re doing it for them.”

Even as a local news funder, the Knight Foundation defines success by investing in solutions that can be scaled and widely adopted rather than one-off experiments. The foundation’s mission is informed and engaged communities, but as Jennifer Preston, the Knight’s vice president of journalism, explains, “We’re developing quantitative assessments to measure the impact of our grantees and how they’re helping organizations drive sustainable growth.” They evaluate audience development, audience engagement, financial health, cultural competency, org structure, among other areas, within their grantees. The Knight Foundation sees evaluation and assessment as an increasingly important role in philanthropy. “How else do you know what’s working?” asks Preston.

Mission, metrics, and money aren’t mutually exclusive concepts. In 1994, British management consultant John Elkington introduced the phrase “Triple Bottom Line” to corporate America. TBL is a theory for measuring a for-profit company’s performance based on three categories: people, planet, and profits. It promotes sustainability versus a grow-at-all-costs mindset among corporate leaders. Although Elkington wishes TBL could have had more of an impact decades later, there’s no doubt that the expectations around corporate social responsibility have changed as a result of his framework.

It’s time for local journalism founders and funders to do the same. Journalism has been falling short of its own ideals for decades, but amidst the wreckage is an opportunity for reinvention. Let’s channel our passion for storytelling, zeal for truth, and courage to interrogate the status quo into a plan that outlines our target audiences, core value propositions, and metrics for success. I believe journalism has an important role to play in a functioning democracy, but ideological beliefs won’t enable us to build better products and more sustainable businesses. In the end, our pleas to save democracy by saving local journalism isn’t fooling anyone except ourselves.