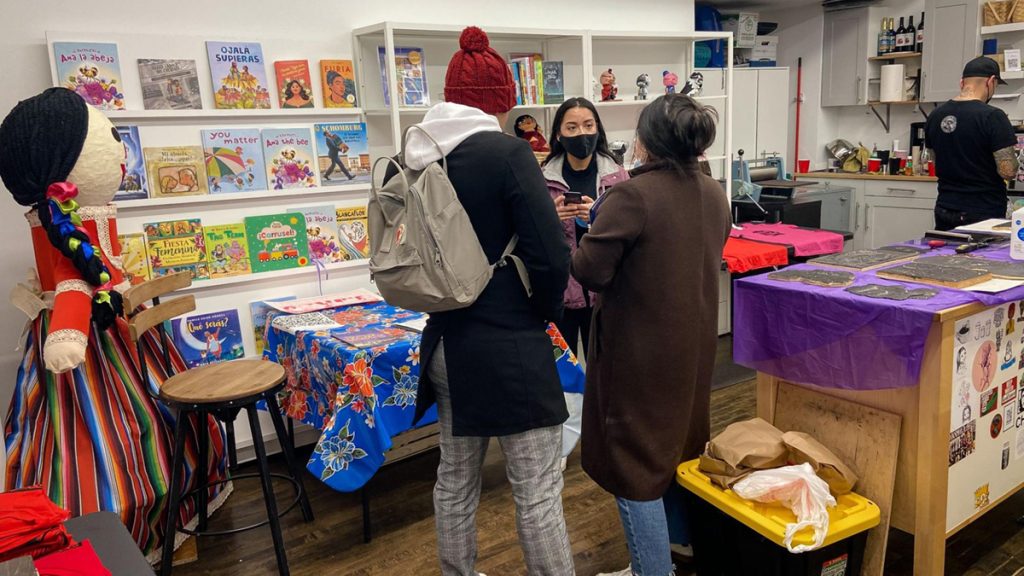 “I wish the media would stop lying to people.”

“I wish the media would be more personal and on the ground.”

“I wish the media would provide more free access to news and resources.”

These are some of the ways that Spanish-speaking Chicagoans told Borderless Magazine that they want journalists to do better when we surveyed them this spring. To many of us working in the news, however, they are familiar refrains.

Americans’ trust of journalism institutions like newspapers and television news is at an all-time low, according to the latest Gallup poll released this month. But distrust in the media is far from new, particularly in Black, Latino and immigrant communities that have for decades called out the ways in which the media’s coverage of their communities has been racist and harmful. From using dehumanizing labels like “illegal immigrants” and “convicts” to treating extremist hate groups as sources of expert opinion, journalists have frequently amplified racism and endangered the lives of people trying to build a healthy and fulfilling life in this country.

We know that journalists can and must do better.

As a multilingual news outlet based in Chicago, Borderless Magazine reports on immigration and immigrant communities. We started as a direct response to the media’s shortcomings in the wake of then-President Donald Trump’s Muslim Travel Ban in 2017. Since the fall of 2019, our nonprofit magazine has been working to dismantle racist and harmful media coverage of immigrants.

We do this work through reporting on and with immigrants and by making sure immigrants and people of color are better represented in newsrooms. In addition to publishing investigations, resource guides, and first-person stories on our website, we support and mentor emerging journalists in our Pathways program and train professional journalists and newsrooms through our Immigration Reporting Lab. We publish every story in both English and Spanish.

Two field canvassers went out for 12 weeks and spoke to people in four predominantly Latino neighborhoods in Chicago. They did an in-depth survey with over 110 Spanish speakers about how journalists and Borderless specifically could serve them better.

Thanks in part to our unique approach, we have an unusually young and diverse audience: 45% of our online audience reads our stories in Spanish and the majority of our readers are under age 40. This year we became the only local news outlet in the country to publish stories in Dari Persian for the thousands of Afghan refugees who arrived in our region. We are serving audiences that many news outlets have deemed not just “hard-to-reach” but also simply not worth reaching.

But the digital world has its limits. There are large obstacles for news outlets like Borderless to overcome in order to serve our communities. People’s longstanding distrust in the media, limited Internet access, and reliance on social media and nontraditional news sources (like flyers or church leaders) for information are just a few examples of the things journalists need to think about when trying to engage with their communities.

Borderless has experimented with addressing these challenges in the past by producing comic books of our reporting, wheatpasting posters highlighting stories on buildings across the city and holding community events to connect people with our journalism.

This spring, we launched our latest and most promising audience engagement experiment yet. With the support of the Google News Initiative’s North American Innovation Challenge, we took a page from the community organizing playbook and hired Spanish-speaking field canvassers with immigrant backgrounds to meet our communities where they’re at.

In our first cycle, two field canvassers went out for 12 weeks and spoke to people in four predominantly Latino neighborhoods in Chicago. They did an in-depth survey with over 110 Spanish speakers about how journalists and Borderless specifically could serve them better and tested different ways of reaching Chicagoans disconnected from the news — from visiting community health fairs to standing outside of train stations to giving out free food and resources.

In my RJI fellowship, I will be documenting our methods of work with field canvassers and sharing the lessons we learn. We will then develop a playbook for news outlets who want to try this technique for engaging with hard-to-reach audiences and equipping them with the information they need to lead healthy and successful lives. This playbook will include tips on who to hire, what kind of work field canvassers should do and where, and how to integrate their work into your existing audience growth strategies.

As I begin this work, I want to know what questions YOU have about working with field canvassers. What are your concerns? What challenges do you think your newsroom would face in using this approach? Send me an email at nissa@borderlessmag.org. I can’t wait to hear from you.