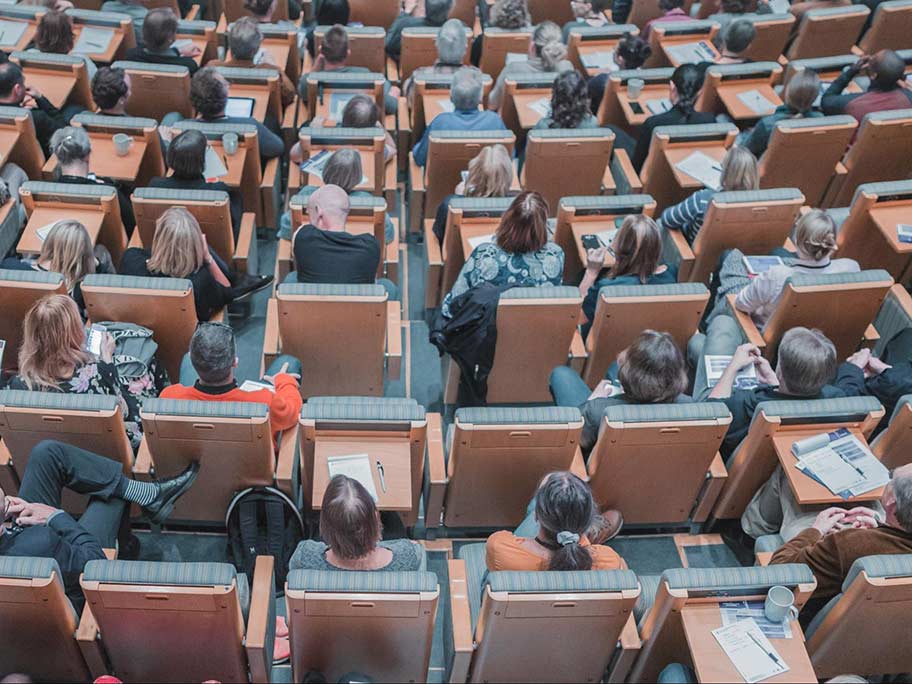 For decades, the U.S. news industry has been experiencing a collective existential crisis. Beyond an escalating sense of urgency, not much has changed as media pontificators like me and the Columbia Journalism Review continue to ask “What is news?” and “What is Journalism?” every year. Yet, it’s impossible to address what journalists do and why we exist (and no, it’s not about saving democracy) without understanding how and who becomes a journalist today.

Angel Jennings, the assistant managing editor of culture and talent at the Los Angeles Times, describes recruiting potential staffers as a newsroom-wide effort. She keeps an eye on “who’s winning awards and honorable mentions, and reads smaller publications.” She’s looking for people with a specific set of qualifications. “There are certain basic tenets to have as a journalist,” she says. “Interviewing skills, being critical and questioning, the ability to dive into a community and get sources to trust you and open up.”

All of these qualities should sound familiar and comforting. They’re the core curriculum of American journalism schools and the foundational traits of professional investigative reporters and editors, but possessing these journalistic storytelling skills are not enough.

Today’s digital media environment rewards the experimental and entrepreneurial, but most legacy newsrooms do not. According to Jennings, they’re still looking for good journalists who know how to source stories, not the ones who necessarily know how to create and manage a profitable Substack.

Local and regional newspapers, where recruiters have historically turned to find up and coming talent, have been decimated. In a Pew Research Center analysis, the number of newsroom jobs at U.S. newspapers has plummeted by more than half between 2008 – 2020, while employment in “other news-producing industries,” i.e. broadcast television, radio, cable and digital news outlets, have remained relatively stable over the same time period and even slightly grew in 2014.

Journalism’s traditional talent pipeline is so broken that a growing area of focus for recruiters has been on schools, says Theodore Kim, the director of early career journalism strategy and recruiting at The New York Times. “We now have a system where there are certain schools that are almost like superpowers. It’s like college football where there are five to six institutions that are routinely spitting out the best candidates because they have the most resources or expertise. The students themselves have more access to opportunity and stronger career guidance.”

That’s good for j-schools, but how have they responded?

Kim didn’t name names, but Northwestern, Columbia, NYU, USC, UC Berkeley, and Missouri are nationally-recognized journalism schools that have long been premiere training grounds for aspiring journalists. These specific institutions offer undergraduate and/or graduate journalism programs, but based on the curricula listed on their respective websites, journalism students aren’t required to enroll in courses that teach them how to be entrepreneurial.

Our country’s top journalism schools have become a critical training ground for the next generation of newsroom leaders, but none of these programs seem to be focused on teaching students how to conduct user research, find product market fit, design and develop products, acquire customers, and sell their products —  everything that’s required for a media company, or creator, to operate and survive on the Internet today.

Mizzou’s undergraduate journalism program, for example, still notes that “Journalism students find successful careers in a range of disciplines with one factor in common: storytelling (emphasis theirs).” But what if everyone with an Internet connection has the ability to become a storyteller? How do journalists survive in a world where there are an infinite amount of stories?

Northwestern’s undergraduate journalism program requires six core courses: “Journalism in Practice, Journalism Residency, Media Law and Ethics, Multimedia Storytelling, Philosophy of Modern Journalism, and Reporting and Writing.” The Journalism in Practice course offers “hands-on reporting experiences in the Chicago area,” which in the past has included a section on “Media Innovation and Chicago’s Startup Culture,” but that is one out of five sample sections that students can enroll in. USC, UC Berkeley & NYU’s core journalism curriculum also follow a similar pattern: in j-school, media entrepreneurship is simply an afterthought.

We should all be deeply concerned. Our country’s top journalism schools have become a critical training ground for the next generation of newsroom leaders, but none of these programs seem to be focused on teaching students how to conduct user research, find product market fit, design and develop products, acquire customers, and sell their products —  everything that’s required for a media company, or creator, to operate and survive on the Internet today.

Meria Gabel, a 2018 graduate from Columbia Journalism School, makes a similar point in her paywalled Business Insider piece where she describes the lack of freelancing curriculum being taught in j-schools. Despite receiving an Ivy League journalism education and completing six internships, she was unable to land a full-time job in journalism for a year. Instead, she taught herself how to freelance to salvage a journalism career that had barely even begun. “I felt as if the journalism school that taught me to idealize the importance of the craft had failed to teach me the realities of the industry,” she writes. “The journalism-school-to-staff-reporter pipeline we were told existed, doesn’t anymore.”

From a university’s standpoint, however, their behavior is rational. Top national newsrooms, like the New York Times and LA Times, aren’t looking to hire media entrepreneurs so why would they teach those skills? Is this our answer to who becomes a journalist today? Is the future of journalism defined by the lucky few who can land full-time jobs in financially stable news companies, or are they the creative visionaries who learn how to build their own news brands, products, and future institutions?

Terry Nguyen is a staff reporter for Vox.com who graduated from USC’s journalism school in 2019. She feels lucky to be working at Vox Media, and runs a free personal Substack, but she shares that her career goal is to eventually launch a nonprofit newsroom and/or a media collective. “Having ownership over your work, your goals and the impact you have on your community is very appealing to me,” Nyugen explains. “A lot of the media business is conducted beyond the scope of the people who produce the work, and I want to reduce the number of situations where the work is out of my control.” She humbly adds that the idea of running her own media organization is a “far-fetched vision,” but in reality, it’s not.

Teenage content creators are making millions of dollars more or less on their own terms, and seasoned YouTubers, like Marques Brownlee who started vlogging when he was 14 years old, and Linus Sebastian, who also started vlogging in 2008, have demonstrated how to build profitable media companies covering niche topics. Journalists can do this too, and tech platforms, like Facebook, Substack, and Twitter, are now competing with one another to provide financial and operational support. Not everyone will succeed or aspire to be an entrepreneur, but the idea of being one has become massively more appealing, and achievable, for young, talented creatives.

Given their outsized role in cultivating journalism’s talent pipeline, top j-schools should think about preparing students for the future, not for the newsroom roles that exist today. As legacy local newspapers continue to downsize and the number of openings in national newsrooms remain limited, we have a responsibility to guide the next generation of journalists to envision and design their own career paths. Arming students with an entrepreneurial mindset, whether they become freelancers or start their own media collective, should be considered mandatory because it’s essential for our collective future. The people who successfully pioneer new products and build lasting institutions will ultimately be the ones to resolve our relentless existential crisis: What is journalism and what is news?