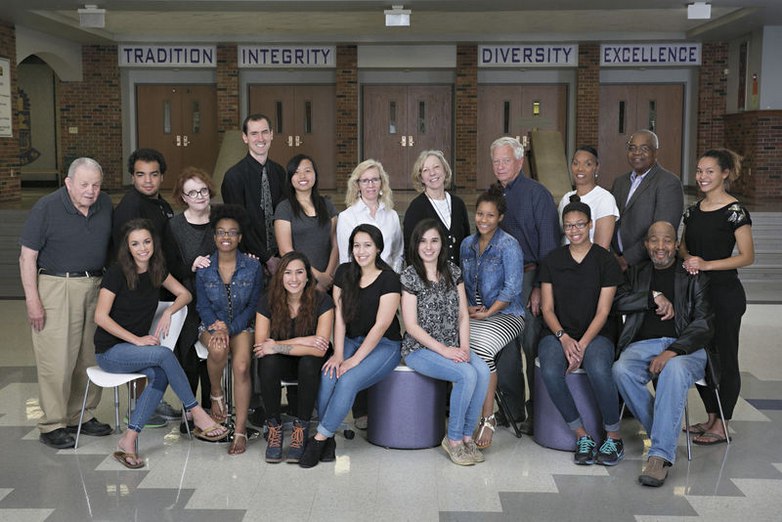 If my theory was correct, others could do what I had loved doing, mostly alone, for nearly two decades.

Working one-on-one, pairs labored over multiple drafts of answers to college and scholarship application questions. Their best personal essays were submitted to registrars and donors who had the power to reward the most compelling applicants for their effort.

The template used by mentors, students and educators during the Hickman experiment is adaptable in any community in America that wants to help its poverty-level students with good grades write their way into higher education.

“I know first-hand that this cost-free program works. It’s not a Band-Aid, it’s a cure,” said Laura Erdel, a veteran journalist and longtime community volunteer in Columbia. “Talk Story, Write Story isn’t rocket science. It is a vehicle for talented, smart, financially disadvantaged students with a 3.3 or above cumulative grade point average to write their way into their future.

“I have signed on to be co-leader of the mentoring program at Hickman High School next fall because I spent this year watching the scholarship writing project provide the opportunity of hope where once there was none.”

Talk Story, Write Story’s premise is simple. One adult mentor works with an ambitious high school senior to craft award-winning answers to questions focused on academic background, character and dreams. The volunteer writing coach guides the student through tough questions to look deep within for answers. The mentor first listens as the student talks, then helps the teen transition oral stories into artfully written ones about experiences and goals. This intimate storytelling reveals clear and compelling snapshots of a worthy young life.

Talk Story, Write Story’s success depends on sustained good will, personal commitment and hard work. Partnerships ideally begin around Labor Day and finish with final application deadlines in the spring. The rhythm of mentor-student meetings and the number of hours involved are mutually determined.

An unexpected bonus is lingering mutual respect and affection. Many of “my kids” still keep in touch, adding richness beyond measure to my life. Several of this year’s mentors joined students’ families to cheer at Hickman’s graduation ceremony.

Ideally a community entity such as a local media outlet will step forward to pay for Talk Story, Write Story’s discretionary “extras” such as energy snacks, a midterm pizza party and a celebratory cake. This year my RJI Fellowship paid for those morale-boosting perks.

The Columbia (Mo.) Daily Tribune lent its name to the Hickman project at no cost to the newspaper.

Talk Story, Write Story has “invented a unique educational vehicle aimed at elevating needy talented kids from struggling school days to fully funded college educations,” wrote Henry J. Waters III, publisher and editor emeritus, in a May 3 editorial. When the project needed a local sponsor “of course, the Tribune was the one.”

“You say ‘yes’ to some little request,” Waters added, “and the next thing you know you are helping to save the world.”

Without a groundswell of local support and an absence of institutional red tape, the Hickman project might never have made it into the Columbia Public School system.

I spent this year watching the scholarship writing project provide the opportunity of hope where once there was none.

Multicultural Achievement Coordinator Annelle Whitt was my first CPS contact. She immediately saw potential benefits for students with excellent academic and leadership histories but no college money. She recruited her husband, CPS Board President James Whitt, to be a mentor and urged Superintendent Peter Stiepleman to bless the program.

“The opportunity for our kids to work closely with influential mentors from our community had the potential to create a seismic shift for generations to come,” Stiepleman later said in explaining why he gave approval five months before he met me.

“There are not many initiatives I support through blind faith, but this was one I simply couldn’t turn down. … Our hope is to expand this powerful and empowering program to more students at (all) our high schools. Such good work!”

My job as mentor leader was to recruit, train, organize and oversee volunteers, coordinate the project with CPS via Maher and Johnson, give a final read to essays before submission, and be a problem solver. My husband Dean Wariner was, as always, my steadfast partner.

On October 10 our Talk Story, Write Story team numbering 35 people hunkered down to make magic happen. We were a month later than my usual start date. Could the pairs catch up to make deadlines with their best work? Could strangers from diverse economic, social and ethnic circumstances bond across a yawning age gap?

The kind-hearted strangers delivering constant encouragement never missed a meeting, answered every phone call, text and email, and became their students’ advocates. The determined seniors gave up sleep, sacrificed family time, skipped fun with friends and grew stronger as their mentors’ rigor escalated. By Thanksgiving it was clear that everyone involved in the experiment was committed to excellence.

James Sterling, the University of Missouri School of Journalism’s chair in community newspaper management, was an early supporter of the Hickman project.

“None of us know where we’d be or who we’d be if we had not had an adult give us a little boost in our confidence and turn us physically and mentally to point us in the right direction,” Sterling said.

“My parents had the desire for me, but they did not know how to guide me. It took someone outside my family circle to get my compass righted.”

Sterling, a University of Missouri curator emeritus, credits his high school English teacher, Margaret Childs, for believing “I had some talent and might make something of myself as a writer.”

After graduating with a journalism degree from the University of Missouri, Sterling had a 30-year career in the newspaper industry, became president of the Missouri Press Association and was awarded the Missouri Honor Medal for Distinguished Service in Journalism in 1999.

“What would I have become without (Miss Childs)? Good question. Unanswerable,” Sterling said. “Some kids need someone to help them along. Some have great parents, some have great teachers and some need to find someone else who can make this difference. … That’s what Talk Story, Write Story does for young people.”

What began as a favor to a teacher to sit under a monkey pod tree and help a Native Hawaiian teenager pass a high school English class led me to apply for the RJI Fellowship 17 years later.

I wanted to share what I had learned, so I wrote in my application that being a nosey journalist had led to the evolution of Talk Story, Write Story, the most rewarding work of my life, and that if I could do it, anybody could.

When the RJI committee interviewed me by telephone I said I wanted to test that premise, noting I was on the cusp of my eighth decade and if I was going to pass on the program I had to hurry. I think my white-haired “old lady” photo clinched the deal.

The eight months Dean and I spent in Columbia at RJI and Hickman High were exhausting and exhilarating. We arrived knowing fewer than a half a dozen folks, most of whom we hadn’t seen in at least 20 years. We left with more than a couple hundred new names and numbers in our phone, each representing support and friendship.

We will always remember this inaugural season’s volunteer mentors and the talented Hickman students we grew to love and admire.

We left Columbia knowing my hunch was right. My one-on-one volunteer mentoring program will continue without me at Hickman High and, with Stiepleman’s support, migrate to Columbia’s three other high schools. With luck it will scale to more Missouri towns and beyond.

Talk Story, Write Story will be a slam dunk wherever generous-spirited mentors, progressive community leaders and dedicated educators unite to become good Samaritans to their town’s own deserving kids.

Will you volunteer to change a life?