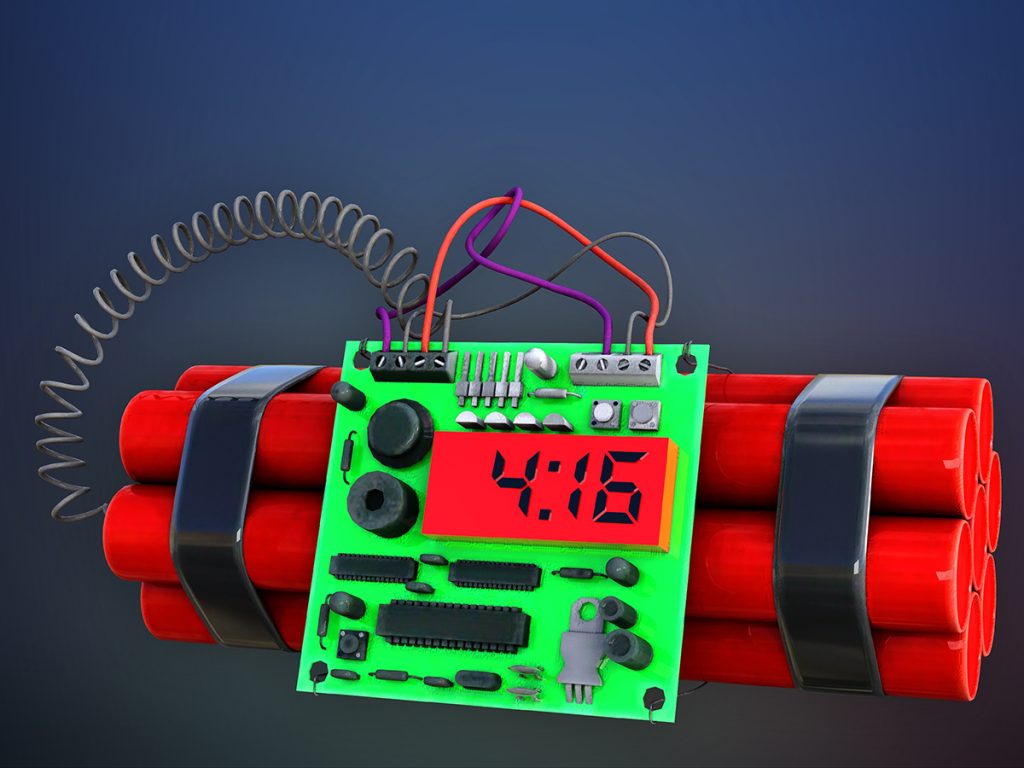 More than a dozen historically Black colleges and universities (HBCUs) received bomb threats last week, resulting in an outpouring of media coverage of the institutions and the ongoing investigations. But for some, the media’s treatment of the story was a missed opportunity.

Earnest Perry, a civil rights historian and associate dean of graduate studies and research at the Missouri School of Journalism, feels that many media outlets are missing the larger picture in favor of portraying the series of threats as a one-off event.

“Black communities have historically been covered by the media as either a novelty or a conflict—either there is a problem, or there is something unique,” Perry said. “So instances like these bomb threats are covered purely in the present tense, without the context of a pattern of systemic racism and violence. In reality, this sort of thing has been happening for a long time, and journalists should be talking about these events in that context.”

Perry said a big part of shifting how journalists cover these incidents lies in reporters seeking out stories in communities they might not normally be exposed to, a philosophy he believes begins with education.

“Our students will go into places they wouldn’t normally go, because that’s where the story is,” Perry said. “We’re trying to teach future journalists to work through their fear and go into unfamiliar communities, to look at stories from the perspective of those communities rather than the perspective they already think they know. It’s about understanding that it’s not about you, because if you don’t grasp that, you’re only going to go where you’re comfortable.”

Veteran journalist Sandra Dawson Long Weaver, a founding member of the National Association of Black Journalists (NABJ), agreed that stories need to present a more rounded, historically-informed view, and emphasized that representation in newsrooms is a necessary part of producing those stories.

“It’s not that journalists aren’t portraying the stories in their communities, but their communities are only one piece of the puzzle,” Long Weaver said. “To capture the whole story, you need people in the newsroom who come from a variety of places and have different perspectives.”

Whether or not journalists incorporate more historical and social context into their work, patterns of systemic racism and violence are becoming more self-evident to those who might have previously been insulated from that knowledge.

Though some news outlets have presented a historical perspective on the bomb threats, part of the context Long Weaver feels is missing from stories is the rising prominence of HBCUs in recent years, due to factors like partnerships between HBCUs and companies who are looking to increase diversity in their workforce, as well as national programs like the federal stimulus aimed, in part, at reducing HBCU student debt.

“Is it that people don’t want to see investments in HBCUs?” Long Weaver asked. “As for wiping out student debt, that makes a big difference in students’ lives when they graduate. They’re starting fresh without all that debt to burden them, and it could be that some people don’t want that. So there are a lot of things that are going in to this, and it needs to be analyzed and told from a different point of view.”

For Long Weaver, who has worked in the industry since getting her start at the University of Maryland’s Black Explosion newspaper in the early 1970’s, these details are more than background. They contribute to a broader understanding of the mindset of a country that has experienced — and continues to experience — not only bomb threats but shootings, churches set ablaze, and other forms of violence and intimidation aimed at Black people and marginalized groups. And to capture that broader picture, she said, it’s not good enough to simply not be racist — journalists must work at including diverse viewpoints.

“What I’ve found is that reporters tend to quote the same people,” Long Weaver said. “They don’t always seek out new voices. And you have to make an effort—the reporter has to make an effort, but the editor who assigned the story also has to step up and say, ‘Can you find some different people, some diverse voices for this story?’ Sometimes people will get annoyed, but you end up with a better story.”

But whether or not journalists incorporate more historical and social context into their work, patterns of systemic racism and violence are becoming more self-evident to those who might have previously been insulated from that knowledge, said Tamara Banks, an Emmy Award winning journalist and the NABJ’s director of content and media relations.

“When George Floyd was murdered by white police officers in Minneapolis, it finally brought to bear what our uncles, fathers, brothers, sisters and mothers go through, because it was on somebody’s cell phone camera,” Banks said. “It was on video and in peoples’ faces. Now you can’t look away, and if you do, you’re choosing to be ignorant. You’re choosing to be part of the racist problem.”

It’s on the mainstream media, then, to incorporate a more complete picture of the Black community into its coverage, Perry said, because the public and alternative information sources won’t wait for them to catch up.

“There are more and more vehicles by which minorities can disperse information and bypass the media,” Perry said. “If more Black people aren’t sitting in positions where they can make change happen in newsrooms, where they can produce stories that come from their authentic, lived experiences, then communities will continue to decide they don’t need to go mainstream.

Crucially, Perry points out that this divide doesn’t exist simply for large scale, high impact stories like those about the bomb threats. As an example, he pointed to something as simple as the weather.