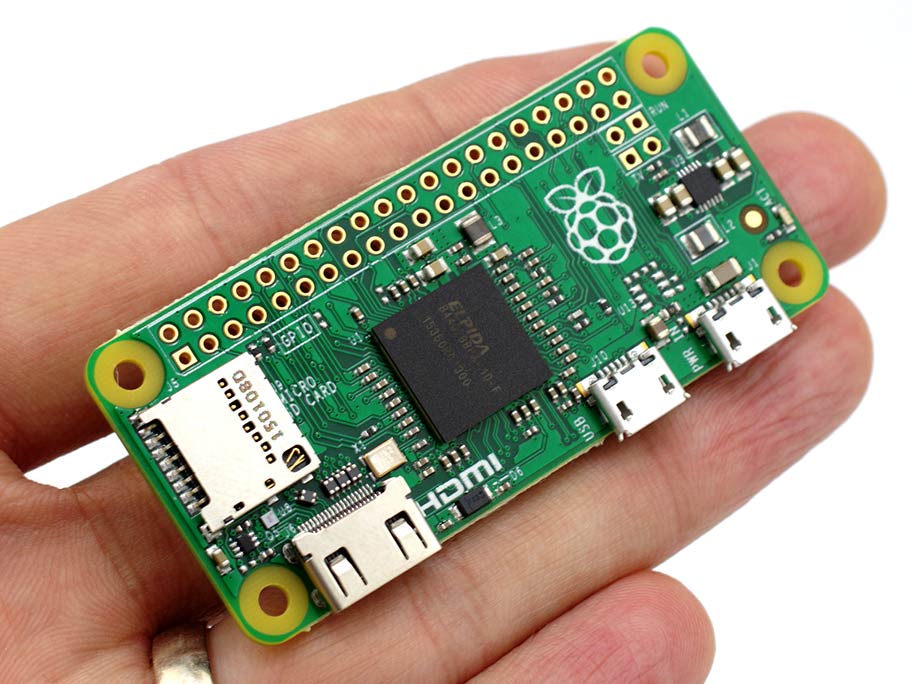 How many computers did you use before 8 a.m. today?

Your laptop and smart phone, probably. Oh, and also your smart speakers, TV, set-top box, Wi-Fi router and at least a few appliances including the microwave. If you are an early adopter, the list might include your thermostat, light bulbs, refrigerator, fire detector, doorbell and door locks.

Each one of those devices has exponentially more processing power than the Apollo 11 guidance computer that flew Neil Armstrong to the moon.

Researchers call this trend “ubiquitous computing,” when computer chips, screens and connectivity are so established in our everyday routines that we cease to conceive of the individual products as being computers.

As professional communicators, this will change how we interact with our communities. How do we make an internet-connected doorbell or refrigerator useful as a distribution point for local news and information?

The answer may come from experimenting with a computer cheaper than a bag of groceries.

Teams at the annual Reynolds Journalism Institute’s annual student competition are prototyping their new products on the Raspberry Pi — a fully-functional computer that costs less than $50.

The Raspberry Pi is the size of a deck of cards and is at the forefront of innovation in the Internet of Things ecosystem.  Along with the similarly sized and priced Arduino, the Raspberry Pi can support accessories from speakers, screens and microphones to air quality sensors and motion detectors.

Collectively, they’re known as single-board computers. As its name implies, all the stuff that goes into computing — ports, microprocessor, memory, wireless radios —are all on one circuit board.

They aren’t meant to replace your MacBook’s many circuit boards, but they are a tinkerer’s dream.

These DIY computers allow anyone to experiment, including the RJI competition’s teams of journalism, business and engineering students.

A handful of newsrooms have been experimenting with these devices, largely for data-journalism such as WNYC’s cicada monitoring project. And many newsrooms are already producing audio newsfeeds for the Alexa smart speakers. Those efforts only scratch the surface.

For news media, there are three obvious areas of exploration:

So, in the world of information — especially information relevant to daily life in your local community — do I want my bathroom mirror to show me the weather and my meeting calendar while shaving? Maybe.

Do I want my coffee maker to check the latest news and offer me a nice calming cup of decaf? No, not really.

As the technology of smart homes becomes ubiquitous and interconnected, where does news and other local community information fit in?