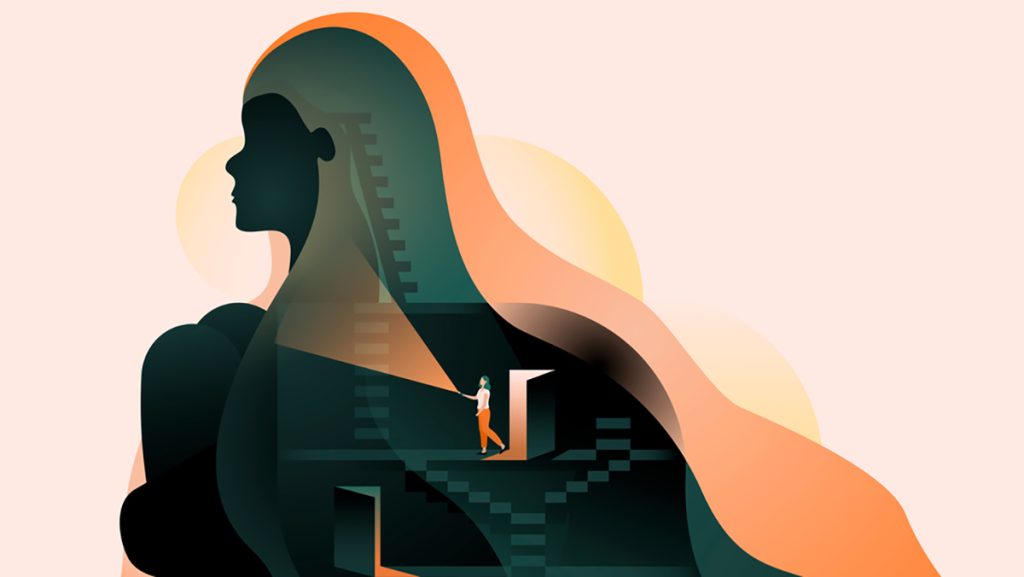 Time is needed for a period of healthy introspection and discernment

Most journalists know what it’s like to quit a job. It can happen after carefully searching for and finding the next opportunity. It can also happen when we just need to leave for our own mental, emotional or physical health. However it happens, we put in our notice, do our best to exit gracefully and move onto what’s next for our lives, knowing that the organization we’re leaving will also move on without us.

This very regular occurrence, however, changes shape when the person leaving is the leader — especially a founder — of the organization.

The departure of founders or other long-tenured executives (called “hard-to-follow” executives by nonprofit consulting firm BoardSource) can presage “major change as the organization’s culture, performance expectations, relationships, and perhaps even its structure are a reflection of the departing leader’s thinking and personality,” according to BoardSource’s “Five classic leadership transition types.”

Leaders of this sort have to ponder not just their own next move but how their move will affect the organization they leave behind.

The need for discernment as a practice

Since I began working on this fellowship project, I have had a number of founders and other executives reach out privately to me to talk about their own thoughts and questions about succession planning. Chief among those questions was about how to know when it is the right time to leave. Some of them are many years away from a departure but are aware they need to start thinking now about what it would mean for them and for their organizations when they move on.

In the course of the conversations, I’ve often brought up the concept of discernment.

The conventional definition of the word, according to Merriam-Webster, is “the quality of being able to grasp and comprehend what is obscure; skill in discerning.” But the word also has a religious meaning in many different spiritual traditions that I think can be helpful to leaders, whether they hold any religious beliefs or not. (Note: In an effort to look outside of journalism for best practices on leadership transition, I’ll look more deeply at how transitions work in religious organizations in a future piece. Stay tuned.)

Discernment in the religious context implies a process of listening, observing, thinking and distilling — both alone and in conversation with others — in an effort to gain wisdom. It can unfold over a long period of time, months or even years.

It is this kind of discernment that leaders need to make space for, even amid the frenzy and flurry of all the work they do to keep their organizations thriving. In journalism, it’s often difficult to slow down, reflect and really listen to what our bodies, hearts and minds are telling us. Engaging in discernment may not come naturally to us, but it’s essential as people make decisions about their own future and the future of their organization.

In 2021 and 2022, a number of high-profile founders and leaders in journalism announced their departures. I’ve had an opportunity to talk with several of them, hearing from them about their processes for deciding when was the right time to go.

I want to share some of their wisdom with you, and I’m so grateful for their generosity in telling their stories:

Anne Galloway founded VTDigger in 2009, on the heels of the Great Recession and an earlier time of turmoil in the journalism business. The site was one of the first digital-only nonprofit news organizations serving an entire state. After 13 years with VTDigger, she announced her departure in May 2022.

Galloway said her discernment process was organic and gradual. She started thinking about it 18 months or so before she announced she was leaving.

“It became more urgent in my mind that I really want to be able to pass the baton onto a new generation of leaders,” she said.

So she began to put in place a leadership team that she knew could take the business and run with it. She then started delegating more to that team, including key business functions like fundraising and mapping out a new approach to operations and human resources. That allowed her to step away from day-to-day responsibilities over a period of time.

Once she and the team completed a strategic planning process earlier in 2022, it became clear to her that she wouldn’t be the one to implement it.

“It just felt like the right time with the board and with the staff. And I think everyone was in agreement on that,” she said.

Two thousand and nine was also the year that Texas Tribune was co-founded by Evan Smith, Ross Ramsey and John Thornton.  In January 2022, after 13 years of service, Smith announced that he would step down as CEO by year’s end, and as of January 1, 2023, Sonal Shah is the new CEO.

Smith has talked a lot publicly about his thoughts on leadership transition. When I spoke with him, he went deeper on the visceral part of his decision making.

“You know, I woke up over a period of weeks, and I thought to myself, I feel a little bit less committed to this than I did in the early days. I mean, I think you feel it in the corners of your eyes,” Smith said.

From his many years in the business, Smith said he knew he didn’t want to stay in the job longer than he could contribute in a productive way. For him, that meant listening when “my own internal body clock told me it was the right time.”

Richard Tofel was a co-founder and the first employee of ProPublica in 2007. In his time there, he ran the business side of the organization, first as general manager and then as president. In 2021, he announced his retirement and departure from ProPublica.

Like Smith, Tofel knew he didn’t want to remain in his job for too long.

“​​I had a strong sense that if you stay long enough eventually in my view, you will have stayed too long,” Tofel said. “So the line I use about this — because I’m a big American history fan — is that Franklin Roosevelt’s fourth term was a disaster. And he was Franklin Roosevelt. Right? So who do you think you are?”

Another consideration for Tofel concerned the fact that he was a co-founder. He wanted to sequence his departure in order that they would not all leave at the same time. That would offer continuity and allow the organization not to have to replace multiple founders simultaneously. One co-founder, Paul Steiger, had left his staff roles at the end of 2012, although he remained on the board. The other, Stephen Engelberg, is still editor-in-chief today.

Finally, Tofel said he had in the back of his mind that he wanted to be able to manage the organization through a recession and to leave it in a strong financial place. The pandemic recession, which Tofel called the “world’s strangest and shortest recession,” became a chance to do that. He felt good about the decisions they made during that time, as well as the balance of their funding streams.

Kelsey Ryan founded The Kansas City Beacon and The Wichita Beacon, startups that launched in 2020 and 2021, respectively. The work really began in 2018, as she laid the groundwork through community listening and engagement, fundraising and business operations. By the summer of 2022, she announced she was leaving The Beacon. In September 2022, she became the new executive director of the Association of Health Care Journalists.

As a 29-year-old founder, Ryan knew from the start that she had many more years of a career and that it wouldn’t all be spent at The Beacon.

“The Beacon surpassed all of my expectations. My goal was to do a startup, but creating a thing is different than managing a thing long term,” she said.

Her decision to leave was informed by several things over a period of about a year, including health issues and a need to put boundaries around her work.

“When you realize that you aren’t doing things that you love anymore, that’s kind of a wake-up call that you need to reprioritize your life,” Ryan said.

She was also acutely aware of founder’s syndrome. Like many journalists, her identity was wrapped up in her job, but as a founder, she said, it was 10 times worse. And that’s something she thinks that younger founders in particular need to think about — how can you make something that is sustainable but that also doesn’t become your whole life?

Irving Washington was the executive director at the Online News Association for nearly six years and had been at the organization for 11 years before he stepped down at the end of 2022. Not a founder, exactly, Washington is a “hard-to-follow” executive because of his impact on the organization and his tenure there. He was the longest-serving staff member in the history of ONA.

Washington shared that his discernment process consisted of multiple tracks and took roughly 18 to 24 months from the first time he had a glimmer of a thought about leaving ONA.

“Twenty-twenty is when the thought started to come in. Not because of anything with ONA but because the world had changed,” Washington said. “That is when I remember just a little thought, like, I wonder what could be next for me. Nothing strong, just a thought.”

It happened briefly, and then he dove back into all the things that he and the team needed to do. The thought didn’t reemerge until later, at which point other factors came into play: He started receiving outreach about other opportunities that piqued his interest. He occasionally wondered if a new leader’s energy might better serve the opportunities and challenges ahead for ONA. And he also hit a milestone birthday — all things that added up to further introspection on what he wanted next for his career and life.

Finally, over Memorial Day weekend of 2022, he had a spiritual moment in which it became clear to him that it was time for him to go. Wanting to make sure it wasn’t a fluke, he sat with that feeling for a month before formally notifying the board.

Overall, Washington said that it’s incumbent upon leaders to pay attention to their own internal intuition. Nobody wants to be the person who regrets staying too long, he said.

“So whatever process you need to go through to figure that out — whether you call it introspection or discernment — you have to be aware of it,” Washington said. “And I think that’s the one thing that no one else can do but you.”