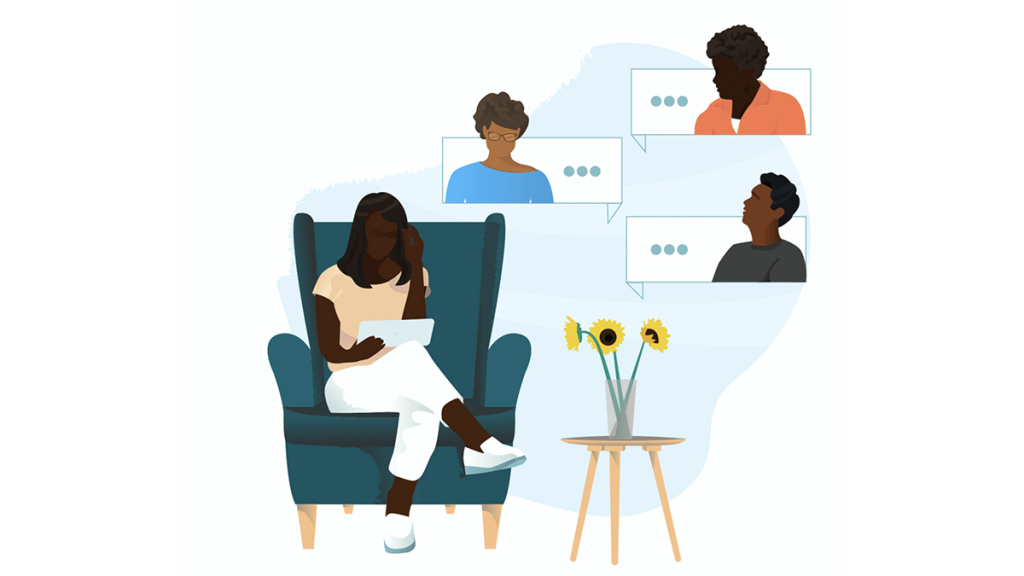 Three lessons I’ve learned about journalism, organizing, and how closely intertwined they are

In the past few months, I’ve learned a lot about how to become a better organizer so that I can more effectively help journalists and news organizations be more equitable. Whether it’s through reading books like Emergent Strategy by Adrienne Maree Brown, or by attending workshops at places like the Organizing Center, I’m trying to understand how to intentionally and strategically create change. Big change. The kind of change that’s so powerful that it can literally move mountains — because the cultural change journalism needs right now shares the same enormity and necessary permanence.

I’ve also started to really absorb the degree to which journalism and organizing are closely intertwined. It makes sense, because what I’m learning now is also built upon all the work by journalists and organizers who have come before me. From City Bureau’s work to “equip people to generate power” because “equipping is recognizing that there is no cap on the amount of power people can create, recognizing the power people already have and providing access to resources that build power” to FreePress’s work on what journalists can learn from organizers, this is a topic that many journalists have explored before me. And as I’m absorbing and processing their work and the organizing workshops I’ve attended, three lessons have stood out to me so far.

The more I’m learning about the work of organizing, the more I’m realizing that the core skills I have as a journalist are directly transferable. As a journalist, I know how to interview community members and truly listen to them, and I have experience looking at power systematically and figuring out who is pulling which levers. Many of my colleagues in engagement and movement journalism have been using these skills as a core part of their journalism for a long time. On the flip side, I now see how I’m using journalism skills every time I do any organizing work.

In community organizing, there’s something called the relational 1-1, or an organizing conversation. I did a couple of these in 2020, and recently, have been doing them weekly within the DEI Coalition. These relational 1-1s have felt like a mashup of research interviews, journalistic interviews, and conversations between friends who genuinely care about each other. That makes sense, because transformative organizing conversations are “about listening to people, identifying what they care about, presenting a vision for what is possible, and moving people to action.” Basically, I’m now frequently talking to people, getting to know them, their values, what challenges they’re facing, and together, figuring out what structural barriers exist and how we can dismantle them — one small step at a time.

In these conversations, my interviewing skills have really helped me listen and ask questions, so we can get to a deeper understanding of what people care about and why. Because of my investigative journalism background, I’ve also had years of practice asking questions about what change could look like, or what people can do to create change and who controls the levers in a system. But the new skill I’m working on that I’m really starting to love? It’s learning how to half-interview half-coach someone in identifying their skills and strengths, and which ones they’d be happy and excited to use to create positive change for themselves and anyone else also dealing with the same situation.

2. If you’ve worked with another person to make your newsroom better, you’ve organized. You’re an organizer

The Organizing Center has a definition of organizing that I really like: “the process of building the people power necessary to win and maintain systemic change.” This definition covers so much, but I love how clear it is that anyone can participate in organizing, and it’s about creating systemic change that lasts. It describes work that I see inside newsrooms every day. Organizing can look like a group of editors sharing concerns about how much interns are paid in their newsroom and working with the masthead to create a permanent pay increase. It could look like a diversity committee or employee resource group successfully convincing their news organization to remove as much unconscious bias as possible from its recruiting or hiring process. It could look like union members conducting a pay study to clearly prove that a newsroom has pay inequity, and demanding that things be made right.

As a journalist, I never thought of myself as an organizer, even though I was constantly working to make my own newsroom more systematically equitable, and worked in tandem with colleagues to create that change. Now, in retrospect, trying to learn from community organizers earlier in my life could’ve helped me so much.

By nature, when I see a clear way for a process to be more equitable, I want that change to happen immediately. (I’ve shared before how impatient I feel.) But there’s a reason why I can’t create the type of change I care about with just the snap of my fingers.

We need to go slow to go fast, because substantive, lasting change requires more than one person to act. So, as we work toward multiple people taking action and arguing for, negotiating, or demanding change, we first need to do the slow work of building trusting relationships. Because once you genuinely understand what someone cares about and how current systems impact them, and once you have many of those relationships, that’s when people will be moved to show up and take action together on an issue they all care about. So that one day, you can create change more quickly, you first need to lay down a foundation of relationships, slowly and deliberately.

One of the first steps to building these relationships is to understand people’s “self-interest” (not to be confused with “selfishness”). As an organizer, you’re trying to get to know other people, understand their situation and their values, and help people take actions that are genuinely in their self-interest. Is working together going to be fruitful for the change you want to see, or a waste of your time? How will a given action make things better for you? Or for everyone else like you? Or for everyone who works with you? You grapple with these questions together and lean on one another.

When I do relational 1-1s with other journalists, we go deep on the fundamental reasons behind why they care, as well as what challenges are at the forefront of their lives right now, what help they need, and what help they can offer others. But it’s a two-way street. The relational 1-1 includes me, too, and many times I give my own answers to the questions I’m asking, share my experiences, and talk about all the things that resonate with me. By building these connections between us, and everyone who also cares about similar things, we’re also helping people go from the mindset of “what matters to me” to the mindset of “what matters to us.”

As I continue to work on laying this groundwork, and leveling up my own abilities as an organizer, I’m also doubling down on my work to help other community members do the same. As an experiment, I’ve invited a few DEI Coalition community members to attend a training session together, and I hope that together, we can use what we learn to build an even stronger coalition.

About this series: In March 2021, OpenNews and more than 100 members of the journalism community launched the DEI Coalition. It now has more than 900 members who are committed to learning and taking action to make the journalist industry more anti-racist, equitable, and just. Through this RJI Fellowship, Sisi, the coalition’s founder, will be sharing techniques for facilitating community in a more equitable way, as well as creating and sharing guides and other resources you can use to implement this work in your own newsroom or organization.