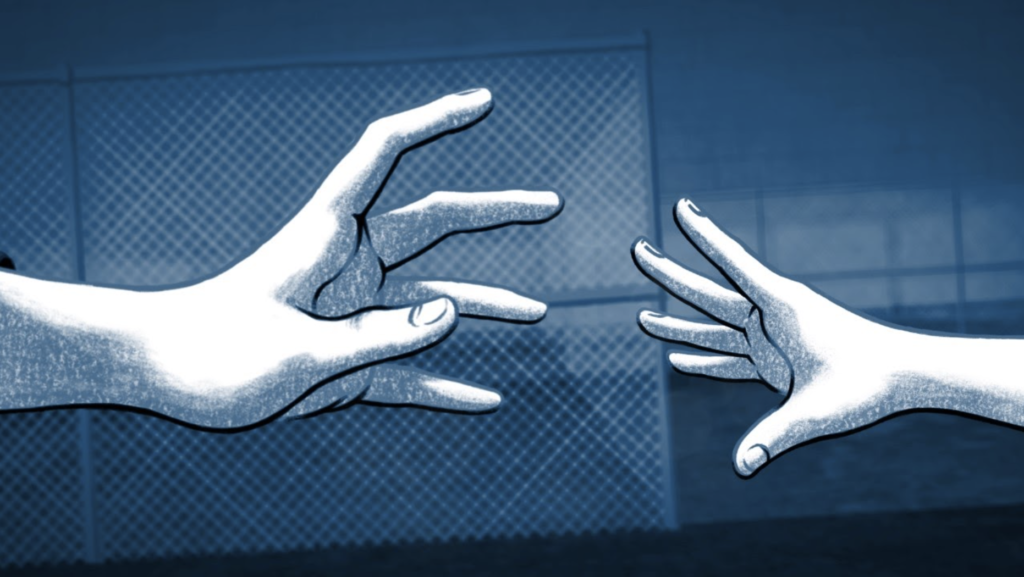 Credit: Brian Britigan for Reveal (The Office of Missing Children)

Michael Schiller is the creative director at Reveal and an Emmy Award-winning producer of podcasts and animations. Animated pieces Schiller has produced such as “The Box” and “The Office of Missing Children” continue to resonate with audiences for their approach to storytelling. We spoke to Schiller to gain insight on some of the benefits and best practices for animated storytelling.

Greenway: First, why animation? What are some benefits you’ve found for journalistic storytelling through that medium?

Schiller: It is such a specialized art form and time-consuming process that it is not usually your first thought for how to tell a story. However, the decision to use animation is usually made when you can’t do the story any other way. So, for “The Box,” there were no cameras allowed in the jail. All we had were a few photographs of the cells and a witness to recount details in really vivid detail. We relied on these pieces to illustrate the space, dimensions and mood. Obviously, if you have great footage with powerful and compelling visuals, you aren’t likely to choose to produce an animated piece.

As far as benefits, animation adds a degree of anonymity and can help demystify complex storylines. It can also provide some opportunities for artistic expression. When creating “The Box,” we used a very dark background scratched with white outlines, which created great visual contrast. We also paired our animated visuals with the real voice of the source, which made it a unique piece. We’ve also found the animated stories to be more accessible across different demographics.

Greenway: What are the key differences between a story written for print and an animated one?

Schiller: Pairing animation with investigative storytelling can sometimes stick out as an oddball pairing, but you have the opportunity to show someone’s experience in a way that is accessible to more people than a traditional text piece. We get requests from all over the country as well as internationally to talk about “The Box” in professional settings. Yet, it also does well with younger audiences. I’ve been able to use this piece in classroom discussions with kids.

Greenway: What software do you use to create these pieces?

Schiller: We use a unique blend of about five softwares like Adobe products and DaVinci, which work together to produce each piece. However, there are new technologies and software coming out that I’d like to experiment more with.

Greenway: How can other newsrooms get involved in animation? Is it possible for short timelines and daily news?

Schiller: It takes a really specialized set of skills to staff an animated project, and your typical journalist is not an illustrator or animator. However, our animated videos still get viewership and engagement years later, compared with multiple quicker-hit pieces that were less expensive to create but don’t carry the same lasting impact. So, maybe for those that do have a multimedia department or someone that wants to try out digital multimedia treatments, but not for quick hits. I do think we’ll see a lot more of it in the years to come, as technology advances.

Greenway: Are there any other pieces that you would recommend journalists watch?

Schiller: The animated stories that the Center for Investigative Reporting (CIR) was producing before we published “The Box,” were what initially got me excited to work with them on later projects. “In Jennifer’s Room” was a project produced by CIR, which also won awards for its new approaches to storytelling.

Editors note: This interview has been edited for length and clarity