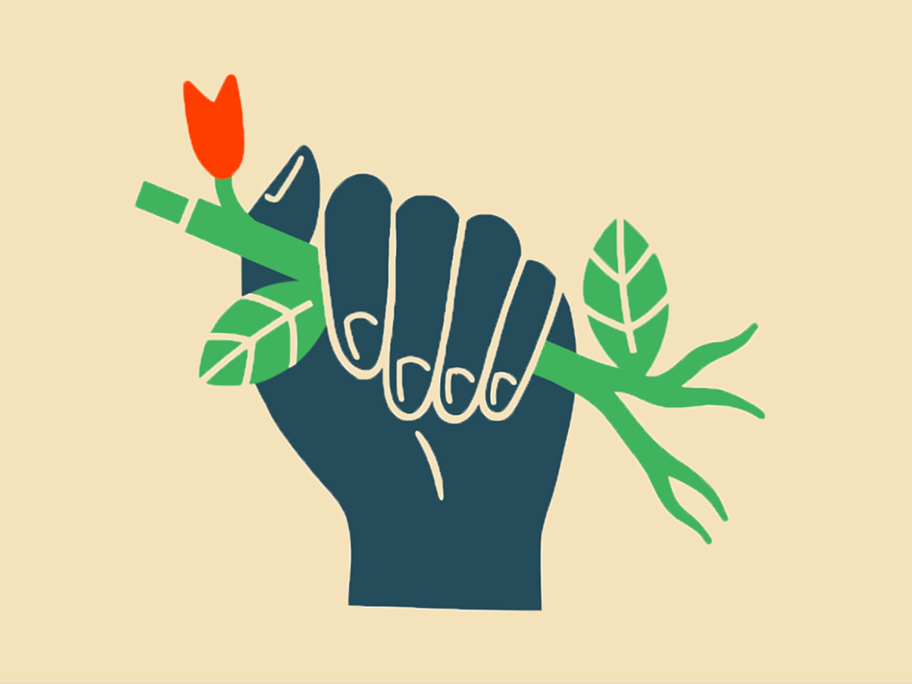 “The old narrative doesn’t work anymore — it never did. It’s time to take it out by its roots, and start anew.”In the fall of 2017, when Hurricane Maria devastated Puerto Rico, Paola Rosa-Aquino watched from Boston, unable to reach her family for the first week after the storm made landfall. And every time she turned on the cable news, she found herself frustrated by a disconnect between lackluster coverage of the hurricane’s impact and what she knew people on the ground were going through.

“It kind of brought me back to Earth,” she said. “And made me realize there was a wealth of stories that were interesting to me that I could take part in telling.”

That year, a group of journalists including Rosa-Aquino were brought together in Seattle by Andrew Simon, then a staff writer at Grist, a nonprofit newsroom that covers climate solutions.

“For a while we were calling ourselves the EJOC Network  — the environmental journalists of color network — and that was quite a mouthful,” said Naveena Sadasivam, a staff writer at Grist and a member of the organization’s steering committee.

Eventually, the informal group settled on a name, The Uproot Project, which was decided after Yessenia Funes, the climate editor at Atmos Magazine, suggested “Uproot” be part of the name. The group officially launched in March of 2021 with the goal of building a collective to challenge climate change narratives that fail to point out disproportionate impacts on communities of color. Grist is currently serving as the organization’s sponsor, providing operational support. In the long term, the group plans to have its own independent infrastructure.

Rosa-Aquino and Sadasivam are on the organization’s steering committee, along with Funes, Manola Secaira, Yvette Cabrera, Justin Worland, Jane C. Hu, Rachel Ramirez, and Monica Samayoa. Sadasivam said the group’s importance is obvious, considering how slow journalism  — especially environmental journalism — has been to diversify and include perspectives on race and class. “Can we say generally broadly that things are moving in the right direction? Yes,” Sadasivam said. “But are they moving fast enough? I would say no.”

As of now, with over 120 signups via their website, the community is still in its nascent stages and is mainly limited to a Slack group. But several members said it’s been a great resource and a great place for people to start getting to know each other.

“Part of it is providing a space where journalists of color can vent, lean on each other, ask for advice from each other on how to handle newsroom politics — whatever their concerns may be — to have a sort of safe space to have those conversations,” Sadasivam said.

“The Uproot Project seems to be full of folks who understand that the climate crisis isn’t happening in a vacuum, but rather is bringing other inequalities into sharper relief.”

Aliya Uteuova joined the organization’s first official event in March and since then has mainly been occasionally browsing the organization’s Slack channels. Uteuova, a visual reporter at The Guardian U.S. covering environmental justice, said the channels are often helpful for bouncing around story ideas, validating the merits of story angles, or just finding community.

“The community and the coverage and this topic merits a whole space of its own,” Uteuova said.

The steering committee aims to move beyond just Slack in the near future. Their launch event had a keynote speaker, Julian Brave Noisecat, a journalist and Vice President of Policy & Strategy at Data for Progress, and the group aims to host similar talks and panels in the future. According to Rosa-Aquino, the group is also looking to create mentorship opportunities, host workshops, and build a database of diverse sources for climate coverage.

The group also just hosted an event with editors from the New York Times, High Country News, National Geographic, and NPR to talk about how to successfully pitch freelance environmental stories. And they try to uplift members by sharing their work on Twitter: recently tweeting Uproot member Maya L. Kapoor’s story on how mining for lithium in Arizona threatens the Hualapai Tribe’s religious practices.

Dharna Noor found out about the group when it was still in its earliest stages — Noor joined a Zoom meet-up where the founders were pitching their vision for the project. A few months later, Noor said, it had a name.

“The Uproot Project seems to be full of folks who understand that the climate crisis isn’t happening in a vacuum, but rather is bringing other inequalities into sharper relief,” said Noor, a staff writer with Earther. “There’s no way to understand the climate crisis without understanding which people have power over which other people, and this could be a cool way for us to all develop those ideas more clearly and share them.”

As of now, the organization is very focused on environmental journalism in the US, but Noor hopes that the focus will expand to connect with more journalists internationally and connect the work to climate justice stories abroad.

When Rosa-Aquino was watching the coverage of Puerto Rico in 2017, she saw a trend from national media outlets. “It felt like we were being observed,” she said. “I really wanted to hear stories from people that were there, that are from the island, and really understand what they were going through.”

Now, with The Uproot Project, she sees a significant opportunity to push back against coverage that’s distant from those most affected by climate change and the environmental disasters that come hand-in-hand.

“The old narrative doesn’t work anymore — it never did. It’s time to take it out by its roots, and start anew.”

Readers interested in joining The Uproot Project should fill out their survey here. Someone should be in touch with you to help get you involved once you fill it out.