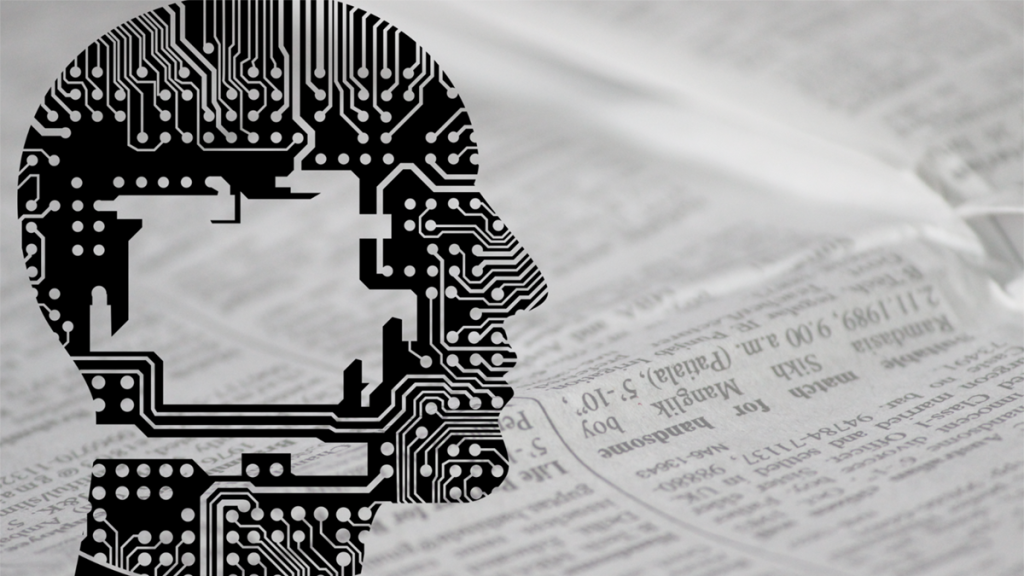 Could local newsrooms become more sustainable if they add more AI tools to their practice? Image created in Canva

With newsroom staffing on the decline, the growing news desert, and fatigue in the industry due to distrust of the press and rampant misinformation, asking local news to add AI to their toolkits can be a big ask. So the fact that the 2022 report by the Associated Press found that small news organizations are not widely using AI and other automation technologies yet is probably pretty unsurprising.

Technology has been both a blessing and a curse for local news. In some ways, it has made it easier to publish stories to a wider audience and in other ways it has made it harder for local news to remain sustainable. When I was in fifth grade, we were required to do a current events report every week. We would bring an article from home and discuss its relevance. While most of my classmates would come with stories clipped from the local news, my stepdad worked in tech: I would come with my story printed from a website.

I am probably aging myself by telling this story, but my generation was at this cusp where we had ready access to technology, but we were still using analog solutions for a lot of things. So paper newspapers were not unusual in my classmates’ houses, but now the majority of Americans get at least some of their news online and small newsrooms are struggling to remain profitable using the traditional ad-revenue and subscription model. Many small newsrooms simply do not have the budget to leverage technology the same way that larger newsrooms can, which has resulted in fewer newsrooms and a decline in newsroom staffing overall.

For larger newsrooms, it is not unusual for the parts of the news production process to be automated — and they have been for quite some time. For example, the AP has been using AI to write corporate earnings reports since 2014. The International Consortium of Investigative Journalists (ICIJ) uses AI to uncover stories — like when they had to sort through millions of records for the Paradise Papers.

These processes make it easier to generate a large amount of content. AI writer LedeAI costs between $600 and $2,000 per month depending on the market size, transcription from Otter.ai is $30 per month for small teams (larger organizations need to get a custom quote), and it can cost $6,000-$300,000 to commission a custom AI solution. But while it may not be cost effective to automate all of the processes you can, you can always mix and match with various AI services that are built for commonly used tasks.

Implementing AI or automation in the newsroom sounds like a big endeavor. After all, we’re journalists, not computer scientists. To put it simply, the Encyclopedia Britannica defines artificial intelligence as “the ability of a digital computer or computer-controlled robot to perform tasks commonly associated with human beings.” Machine learning is the field of computer science that teaches computers to learn without being explicitly programmed. Although there is a difference between AI and machine learning, the two terms are generally used interchangeably by journalists and some scholars.

In the context of journalism, AI currently functions in a few different ways:

Why should local news utilize AI?

While it is convenient to automate certain tasks, most people wonder what will happen to the people who used to do these tasks.

The jobs that AI would replace have mostly already been eliminated now that newsrooms have fewer staff  — the onus is now on editors and reporters to complete the tasks that were traditionally done by news clerks and other staff.

Instead, we should envision AI as a co-worker or support staff. We can turn over the cumbersome and tedious tasks such as transcription, template reporting on high school sports and real estate, and even self critique to find gender and racial bias in stories. The goal of news automation is to take these tasks out of the hands of humans so that humans can do more in-depth reporting and better center community in their daily work.

There’s a good chance that you’re already using AI for some functions. I’ve been using AI transcription for about two years, and I’m hard pressed to meet a colleague who doesn’t. In some cases, you might not even realize that AI is integrated into programs like Otter.ai and Tapeacall that conveniently transcribe your audio. Social media algorithms recommend posts to you that may become a part of your news gathering process. And tools like Grammarly also use AI when they  proofread your copy for you.

In the coming months, I will explain various AI functions for the newsroom — and how local news can potentially close reporting gaps by automating tasks. Each column will discuss a different use of AI in local news and the benefits of its application.