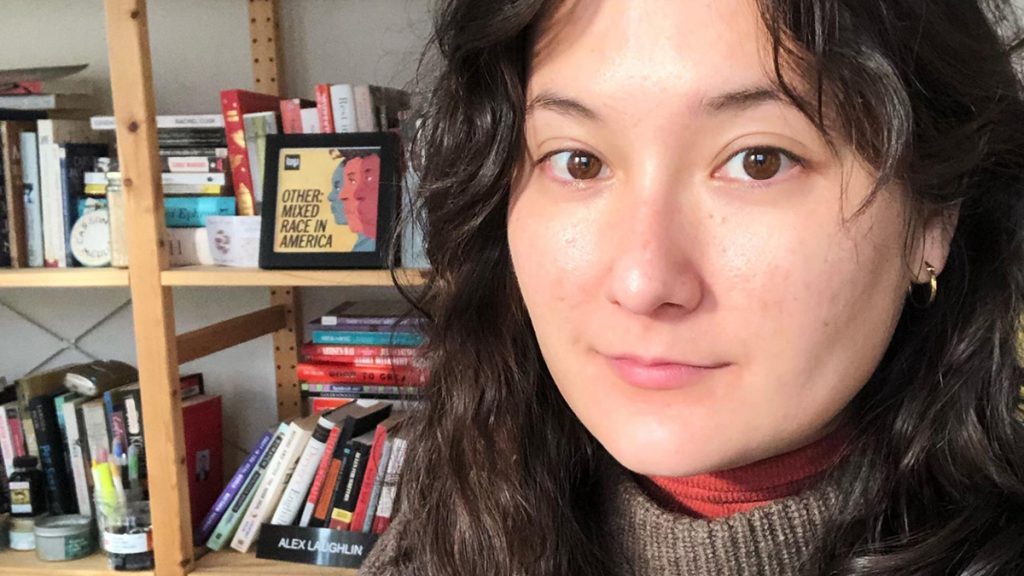 Alex Sujong Laughlin’s journalism has appeared in outlets such as NPR, The Washington Post, The New York Times and BuzzFeed. Currently, she is a freelancer and the writer and editor of The Cohort, a Poynter newsletter about gender in media. Photo courtesy of Alex Sujong Laughlin.

The byline treats some journalists in newsrooms as less important: a discussion with Alex Sujong Laughlin

Alex Sujong Laughlin and I discussed how to more equitably address bylines in journalism. Traditional workflows in journalism have long held that the names that belong on the byline of an article are reserved only for the reporters who contributed to that article. This system does not reflect the amount of labor and journalists that it takes to actually create journalism — from editors, to fact checkers, copywriters, visual journalists and designers.

Rodenbaugh: Why is expanding who gets credit in journalism important to you and why do you think this is a problem?

Sujong Laughlin: I think that it’s really important to credit people who are doing this invisible work because journalism would not exist without them. The people who do get visible credit for the work, they end up getting more professional opportunities and higher pay. When you do work that is highly visible and highly recognized — you get rewarded for that, that’s just how it works.

It’s so important to know that first of all, this work isn’t done by just a single person ever. I’m talking about investigative pieces, I’m talking about engagement projects, podcasts of all kinds. They’re rarely made by just one person.

The other thing that’s really important is that the people who are doing the invisible work tend to be younger or women, people of color, people from more marginalized backgrounds who had to come up in this industry through these more invisible roles. So they are already starting at a disadvantage and then they’re doing work that’s invisible, so they’re not getting credit for the awesome work they’re doing, and they end up being kept in that path.

Rodenbaugh: In your essay Ghostwriting, you mention the term pink ghetto, which is coined by Alana Thomas Anderson. Can you explain a little more about that concept?

Sujong Laughlin: Alana didn’t actually coin that term, it existed before that article that I quoted of hers to refer to work traditionally done by women in offices, so secretarial jobs mainly, but also service jobs, teaching jobs, jobs that are primarily service labor traditionally done by women and tend to be lower paid. She took that idea and applied it to the modern newsroom.

Newsrooms can’t exist without office managers, administrative people and editorial assistants. There’s also an entire tier of workers in newsrooms: social media editors, digital editors, copy editors — they  have tons of titles — but they tend to be the people who think about the product, the audience and they are doing work that is not bylined in the traditional sense.

Those jobs tend to be held by women and people of color. And this is definitely not 100% always true, there are tons of men, there are tons of white men who are bright and who do these jobs too, but there is a sense that there’s a tier of people who are in these support roles in newsrooms.

My argument is that those people and roles are just as important as the reporters or the editors. And so those jobs should be treated as an expertise, because they are.

Rodenbaugh: Do you feel this problem of not fully crediting folks who contribute to the work in journalism is leading to burnout or folks leaving the field?

Sujong Laughlin: Totally, yeah. This contributes to burnout because the feeling is that you are working, you’re climbing up a hill but you never reach the end. Not getting credit for your work can contribute to this feeling, and it contributes to resentment. If you worked with a host who was a total asshole on a show and you wrote his script to make him sound awesome and then he gets all the credit and is getting press hits and options for a book or a movie or whatever, that’s gonna feel really really bad and you’re gonna ask “Why did I even do that?”

I was actually talking to a friend who produced a podcast that then got made into a book. It’s literally her words that were published into a book and she was not credited as an author. And she’s considering leaving production completely; she’s considering leaving media altogether. She’s clearly talented enough to write something that can be published into a book but she didn’t benefit from it. It’s wrong that people that are talented would be pushed out of the industry because of a lack of credit.

Sujong Laughlin: I don’t wanna get too broad because I think it can be dangerous to make sweeping generalizations, but if we look at for example The New York Times. NYT is a leader in the industry and the decisions that their organization makes trickle down in the industry. Newsrooms take their cues from what organizations like them and The Wall Street Journal, The Washington Post, CNN, the entire industry takes its cues from what they’re doing.

If you look at NYT, they had a sort of strategic pivot in the last 5 years where they started building “brands” around reporters. Rukmini Callimachi, is a great example, she had ‘Caliphate’ sort of built around her. They also have people who have newsletters built around them, like Allison Roman who is a big example of a brand at the center of the media operation. Ezra Klein is another example. Ben Smith is a great example. It’s these people who people will say “so and so published a new piece let’s all jump on it.”

Broadly if you were to look at the type of people who get these opportunities and media brands built around them, they tend to come from backgrounds that had a bit more privilege, a bit more money. I remember when I produced a podcast for The New York Times Opinion section I would often be the only person in the room who graduated from a state school. Everybody was from the Ivy league. And that’s only one example of the people who are valued. They come from open doors and so more doors open for them.

Rodenbaugh: What would you say to criticism that journalism has become an industry where only those with bylines are seen as successful?

Sujong Laughlin: By giving everyone credit, you’re able to respect but also hold an entire team accountable by showing the different people involved in a story. For example, reporters often do not write their headlines. When a story goes viral for the wrong reasons and people are mocking it on the internet, it’s often because of the headline not the content of the article.

The other side is that we should always endeavor to credit the people who are doing the work. As the industry evolves we need to evolve our thinking as well. The way the headline is written contributes to the mission of journalism. So does the way that the article is shared out on social media and the way that engagement editors have worked with the community for these stories. It all contributes to the mission of journalism. And it’s about expanding the way we think about who’s doing the work.

That can also include folks like translators, copy editors, designers, and editors. The editors I work with for my writing board, they make my work so much better, they keep me from publishing stupid sentences. Editors don’t get the credit they deserve for the amount of work they put into making pieces what they are. It’s so important.

Rodenbaugh: There’s this term that gets thrown around in newsrooms of the “real journalist.” Who do you think gets considered to be a real journalist and who is left out?

Whereas I was never a beat reporter, that wasn’t my job. I entered the industry as a social media producer and worked in social media until I worked in audio production, but I have also done extensive reporting. I also know how to package a complete story so that it will reach an audience. I can report out a whole story, I can produce it in a podcast form and I can package it so that it will reach an audience that we want it to. I have managed to figure out all the aspects of a story’s life cycle.

Rodenbaugh: Have you seen examples of outlets that are showing more respect for the roles that have conventionally gone uncredited and underpaid in newsrooms?

I’ll also say credit is one thing but also compensation is another. There are organizations that are known for compensating audience people really well. These are roles that traditionally haven’t paid so well, but outlets like The New York Times do generally pay people pretty well. It is good to know that folks are being compensated comparably to what reporters and editors are being paid.

Rodenbaugh: If you could leave newsrooms with a specific takeaway what would it be?

Sujong Laughlin: Not giving people credit and not compensating people fairly are symptoms, rather than the illness. The illness is that this work isn’t seen as something that requires expertise and people who do this work are not seen as equals, as people to be listened to. That’s the real issue at the heart of all of this.

I don’t know what concrete steps could be taken to solve that beyond forcing it into people’s heads that they’re doing this work because it’s important and they want to be doing it, not because they don’t have the skills to be a reporter or editor.

That’s the thing I wish I could shout from the rooftops. Don’t patronize them by saying “Oh buck up kid, one day you’ll be an investigative reporter.” Maybe this person wants to work in audience strategy forever, because they’re really really good at it. We should pay attention to those people and value them and their work for the vital work it is.

Editor’s note: This interview has been edited for length and clarity by Kat Duncan and Tom Warhover.