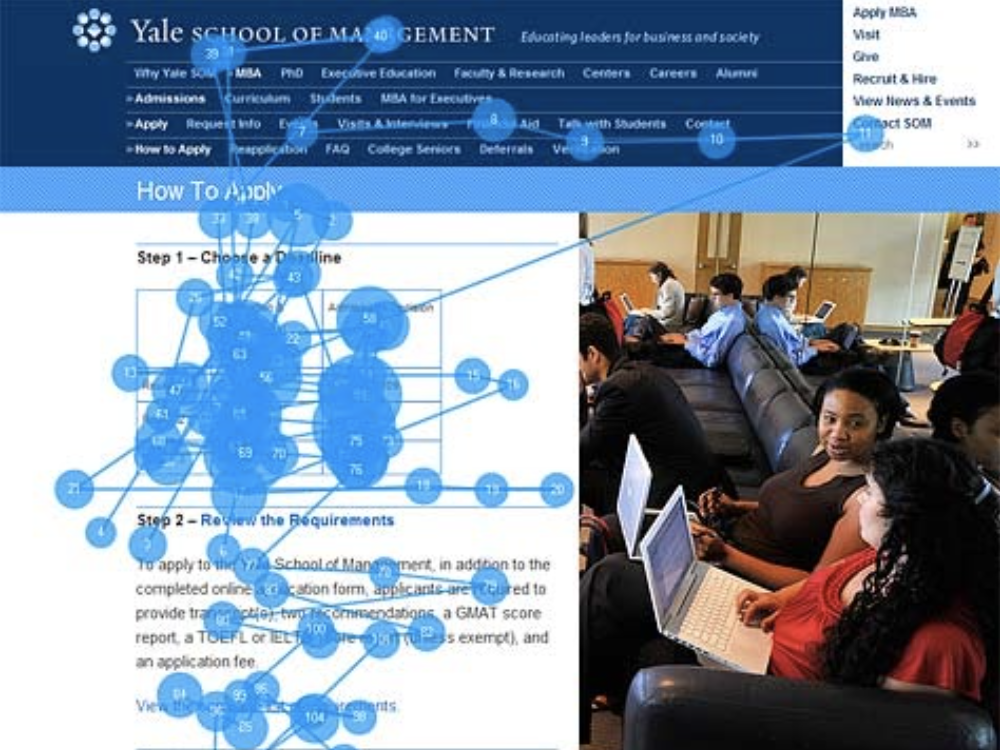 The main questions bouncing around my educator’s noggin for the last couple of decades have been about how visuals resonate with audiences — what draws a person’s attention, helps them to parse information, to understand and remember?

My goal with this RJI project is to create practical materials to help small newsrooms and non-profit organizations make the best possible use of photojournalism. At this stage, I am gathering as much data as I can find on the subject of how photography is perceived.

We live in a world that’s bursting with information. We can feel overwhelmed, fearing we’ll miss out on the best of it. Or, we can find just what we need, coming away knowing that we’ve learned something new and been guided through the world around us.

I have spoken at conferences where I would go on and on about what I thought the best practices were for picture editing and design based on my personal experiences. Later, when I started teaching at the Poynter Institute, I realized that what I presented would be a lot stronger if I could back it up with more critical examination and numbers. This led me to do some research on my own and tuned my radar to studying the effect of visual storytelling.

Here are findings that I’ve found to be helpful:

Humans are capable of processing visual information almost instantly. We react to visuals more quickly than to text because the form is recognized without delay, and images cross language barriers in a way text simply can’t.

90 percent of all information we perceive is transmitted visually to our brains. In fact, the human brain processes images 60,000 times more quickly than text according to Persuasion and the Role of Visual Presentation Support, 1986, University of Minnesota.

Dave Stanton, a researcher at the University of Florida wrote: “The presence of a visual lowers the barrier to cognition. The cognition framework will describe how information is stored in memory and conceptually linked based on prior experiences and to fit within underlying mental constructs.” in Discriminating News-Reading Behavior and Cognition, 2013, University of Florida

In my own eye tracking studies for The Poynter Institute, I found that when people sit down to any type of media—print, online, tablet and so forth—photographs always draw attention. And size definitely matters. The largest photograph or headline in a design tends to draw the gaze in any format. But even a small photograph with a news brief or piece of text significantly increases attention to that story.

Visuals aid in comprehension and retention of what has been viewed and read in a news piece. This conclusion was drawn from data where more than 500 news readers in U.S. cities looked at variations of story prototypes, then answered questions about what they had read. (Eyetracking the News, 2007, The Poynter Institute)

Hanspeter Pfister, professor of computer science at Harvard writes: “A graphic will be instantly and overwhelmingly more memorable if it incorporates a photograph.” In a study of more than 5,000 charts and graphics from scientific papers, design blogs, newspapers, and government reports.

Phillip Isola, a researcher at MIT writes: “We noticed that images containing people tend to be highly memorable.” In this study, 665 participants using a memory game viewed a collection of 2,222 photographs — “natural images of everyday scenes.” Results showed that faces and human-centric scenes are typically easy to remember; landscapes are not. (Understanding the Intrinsic Memorability of Images, 2011, MIT)

Photos of real people doing things in real time also drew more attention than posed or static photographs in my research which featured live, daily news over more than 30 days.

People look first at faces. And people are interested in the relationships between people in the frame, often looking back and forth, between faces and how people are touching or interacting.

When we see faces of other humans, it makes us feel like we are actually connecting with them, and not just using a product.

“It’s the people’s faces and their reactions,” said a 57-year-old female test subject in my NPPA Eyetracking Photojournalism study. “For me, the sympathy on their faces draws me in closer, if I can see them really happy, or hurting or really excited, it draws me into the photo.”

In an eye tracking study by the Nielson Norman Group, people spent 10% more time viewing the portrait photos on a bio page than reading the actual biographies. “Even though the bios consumed 316% more space. It’s obvious from the gaze plot that the user was in a hurry and just wanted to get a quick overview of the FreshBooks team, and looking at photos is indeed faster than reading full paragraphs,” writes Nielson.

Nielsen points out a key distinction: that the people in the photos are “real people who actually work at the company.” In contrast, he says, users ignore stock photos of generic people.

The point that Nielson makes about stock photography is an important one, especially for small newsrooms with little or no photo staff. (I will address how to tackle this in future months.)

As you see here, the photo on the Yale University page Nielson tested received zero attention from the viewer.

It’s hard to say for certain, but this seems to be an actual photograph of students. What’s missing for me is the context of a caption, which could make all the difference in the world for engagement.

“Most likely, the dean or other manager asked designers to ‘jazz up’ the page so the university would look more exciting and thus attract more applications. But on the web, jazzed-up = ignored.”

My NPPA study showed that the longer or better developed a caption, the more likely it was to receive attention. Most captions were read to completion, as people looked back and forth between caption and image, establishing context. This was true, even though a survey of captions collected for the NPPA project over a three-month period showed that captions accompanying non-professional photos in the study were generally underdeveloped.

I’ll include guidelines for the need of in-depth captions and contextual information as I develop training materials for newsrooms that will be the result of this project. Particularly for small newsrooms that often have to rely on file photos, this is incredibly vital.

Here’s a great tip from visual journalist and educator Regina McCombs about being resourceful and creating context:

McCombs was speaking at a conference. “It was during news about Chinese tariffs and importing and exporting,” said McCombs. “A woman raised her hand and said, ‘So, when we’re talking about tariffs, but I only have one picture of a ship.’ And I said ‘why do you want to show a ship? Your story is about local farmers. You have thousands of pictures of farmers. If you have a photo of a farmer … call the farmer up and get a fresh quote. How does he feel about the tariffs? How is he dealing with this? — Then … you’ve got a file photo, but you’ve got a fresh quote … and, it’s relevant again.

Newsroom jobs have been cut, falling by 23 percent from 2008-2019, according to Pew Research Center. That’s one piece of data that takes very little explanation. Photojournalists and picture editors are often the first to go, often due to newsroom leaders not understanding the depth of the contribution that visual storytelling adds to their news products.

While many small news outlets are cutting investment in visual storytelling, a few heavyweights are doubling down. The Washington Post’s commitment to photo and video is strong and it is currently hiring for 14 new positions in visual journalism. “Visual journalism at The Post has been a potent means of explaining complex topics, and we want to regularly and quickly produce more of it for readers,” said Marty Baron, executive editor.

In 2017, the New York Times made visuals its top priority in a massive report on moving forward, Journalism That Stands Apart.  “The most poorly read stories, it turns out, are often the most ‘dutiful’ — incremental pieces, typically with minimal added context, without visuals and largely undifferentiated from the competition,” the report noted. “… A long string of text, when a photograph, video or chart would be more eloquent.”

Citing an example of the problems they intend to solve: “… When we write about dance or art, our reporters and critics are able to include video or photography but only in a limited way; they lack the proper training to embed visuals contextually,” according to the 2017 report. “To solve the problem, we need to expand the number of visual experts who work at The Times and also expand the number who are in leadership roles. We also need to become more comfortable with our photographers, videographers and graphics editors playing the primary role covering some stories, rather than a secondary role.”

There are remarkably few studies that use quantitative measures to look at photography and video — especially in the area of news. By developing a testing site for NPPA that can record ideas, opinions and interactions with elements of visual storytelling, I hope to add to understanding of how people engage, relate to and share this information.

As I negotiate with a web developer, I’m currently working with NPPA leadership and partners to develop the exact plans for gathering data on video and still photos. The testing site will be embedded in the NPPA site for ongoing and expandable use.

What I plan to include:

I’ve made arrangements with the Minnesota Journalism Center Research Group to utilize their expertise in a wide range of theoretical, empirical, and methodological approaches grounded in the study of journalism and media. I have also secured access to a pool of test subjects at the University. Content and materials for the site is being gathered in partnership with The Star Tribune, Minnesota Public Radio, with the Minnesota Daily student news organization — and with members of the NPPA.