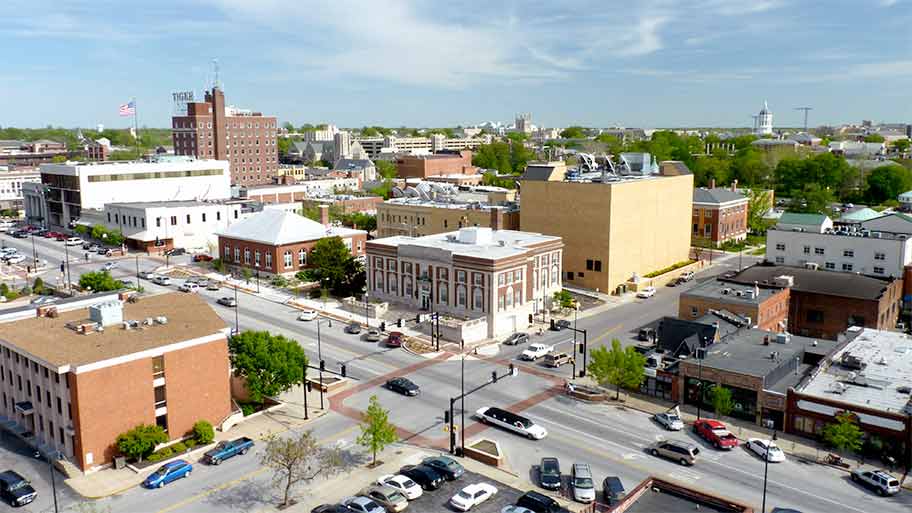 My fellowship project was transformed earlier this month during a three-day visit to Columbia, Missouri.

The occasion was an informal convening of several of this year’s Donald W. Reynolds Journalism Institute fellows to discuss the varied projects we hope to bring to fruition over the coming months. Though it was a laid-back affair, the conversations were informative, stimulating and invigorating.

Monday was mainly spent with Communications Director Brian Steffens, my “Sherpa” as he called himself in one of our first email exchanges. He took me on a tour of the University of Missouri campus, which included RJI and the School of Journalism  and helped me begin to understand the wide array of impressive resources that are available to us as RJI Fellows.

I met Alejandro González of 14ymedio — the lone residential fellow brave enough to move to Columbia for the course of the fellowship period — as we wandered the halls of RJI. González exuded an energy that I believe will lead to his project being a great success for his news outlet and for Cuba, and we discussed various potential collaborative efforts that we hope will yield fruit as the fellowship period moves forward.

I met RJI Fellow Andrew Haeg of GroundSource, with whom I am working closely on various aspects of our fellowship work, for sushi at Kampai that night. We discussed our joint goals, triumphs and struggles for several hours and laid the groundwork for a coordinated effort that will only generate even greater and more important results than we had individually envisioned.

Upon returning home to Alabama, I was left with an intellectual fullness and a to-do list a mile long. The three days in Columbia re-taught me the important lesson that nothing important can truly be done alone, and reinvigorated me to aim high with my project.

The next day I grabbed a tasty cup of iced coffee from Lakota Coffee Company and headed back to campus, where my whirlwind tour continued with meetings with RJI leaders including Roger Gafke and Randy Picht who talked me through narrowing and shaping my project, while also ensuring that I understand there is practically no limit to what I can do as an RJI Fellow.

I also sat down with star doctoral student Kimberly Foster, who schooled me on how I should tweak my project to allow it to yield meaningful qualitative scholarly research.

Lunch at college town standby The Heidelberg (at Brian’s recommendation) with Andrew and another fellow, Aaron Sharockman of PolitiFact, broke up the day, as we munched on sandwiches on the sun-soaked roof deck and discussed Aaron’s week of election insanity. He humbled and inspired me with tales of his exhaustive efforts to set up a system to fact-check the claims of whoever wins the 2016 presidential election once Election Day is over.

That night, we all did dinner with Brian at Flat Branch Pub and Brewing, where we bonded over burgers and craft beer on the patio. Many a war story was exchanged that evening as we all relished the opportunity to exchange ideas freely with our closest colleagues at RJI.

Wednesday brought with it my first 8 a.m. college class since junior year at the University of Maryland’s Philip Merrill College of Journalism. The occasion was a journalism class led by the entertaining and educational duo of convergence professors Mark Hinojosa and Judd Slivka, who opened my eyes to how skilled and visionary the cream of today’s crop of Missouri journalism students really is.

Later that day, I met with members of RJI’s savvy communications team, who emphasized the importance of making sure the world is aware of the work we are doing.

I then dropped by the office of post-doctoral fellow Jennifer Lewallen in the Department of Communication. She explained to me that there is real potential for my project to yield valuable quantitative results for academic research purposes, and showed me how to make that happen.

RJI’s Chief Technology Adviser Dale Musser took me on a compelling journey into the immense possibilities that artificial intelligence holds for the future of journalism and everything else humanity does.

The whole experience was topped off with a lovely dinner at the Club at Old Hawthorne with the other fellows, RJI leaders and School of Journalism Dean David Kurpius, who facilitated an engaging and hilarious conversation on everything from baseball to the future of journalism.

Upon returning home to Alabama, I was left with an intellectual fullness and a to-do list a mile long. The three days in Columbia re-taught me the important lesson that nothing important can truly be done alone, and reinvigorated me to aim high with my project.

That inspiration has stayed with me in the ensuing weeks and will hopefully sustain me through the end of the fellowship period.