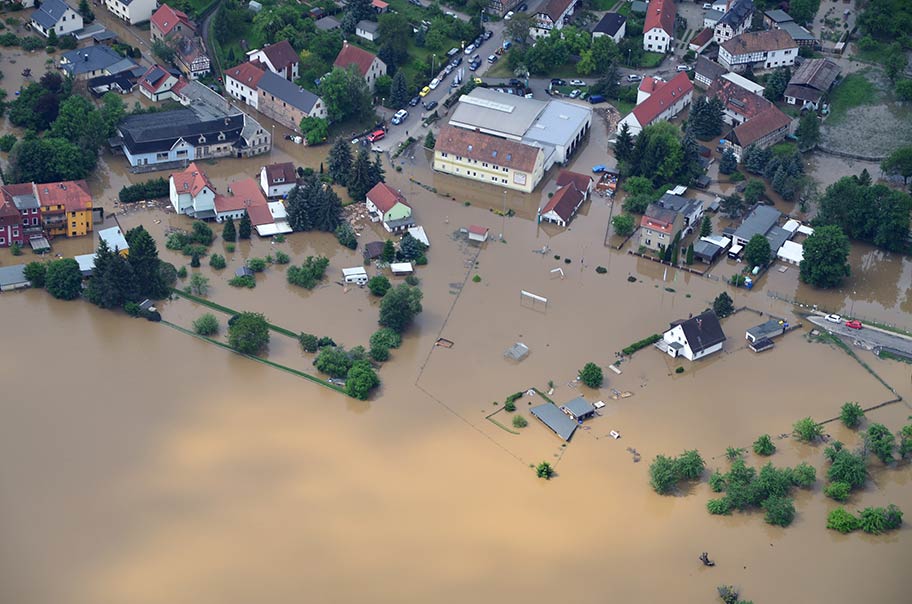 President Barack Obama is to visit flood-ravaged Louisiana today in the wake of inundating high water that killed 13 people and left more than 100,000 seeking federal assistance. The Great Flood of 2016 is being called the worst U.S. natural disaster since Hurricane Sandy in 2012, with 4,000 people in shelters days after rains subsided and 40,000 homes damaged or destroyed.

Flooding from extreme rains is just one of many serious climate risks facing the Southeast. Predictions call for coastal flooding and erosion related to sea-level rise and hurricanes, not to mention worsening heat waves and drought. One major analysis says the Southeast and Texas are two of the hottest and most weather vulnerable areas in the country, and warns of significant climate change impacts on heat-related mortality, agriculture, energy demand and economic productivity.

Risks vary throughout the region. For instance, according to Climate Central, Florida has the largest population in the country vulnerable to inland flooding, with 1.5 million residents living in the inland FEMA floodplain. Georgia is third most at risk, after California, with 570,000 people. And both Florida and Louisiana face far greater coastal flooding threats than other coastal states.  But it’s not just about floods. Heat waves are a particular problem in the Southeast and Gulf Coast, while wildfires threaten Florida, North Carolina and Georgia, as well as Arkansas, Alabama, Louisiana and Mississippi.

Stories for the region go beyond immediate or even long-term climate risk. They can include reporting on near-term preparations for climate disruption, such as improved flood barriers or drainage to prevent injury and damage from floods. It can also mean reporting on preparedness for emergency evacuation and temporary mass housing, or plans for cleanup and getting an area back on its feet after an extreme event. But it should also mean reporting on what a community is planning in the way of more resilient infrastructure to avoid disruptions in the first place — disruptions to transportation, energy, property, water, food and business supply chains.

Dig deeper on adaptation in the South using the dozens of related resources in the database of the Reporter’s Guide to Climate Adaptation.

Plus, see our recent news backgrounder on inland flooding and adaptation.

Know of other Southeastern-related adaptation resources we should have in our database?