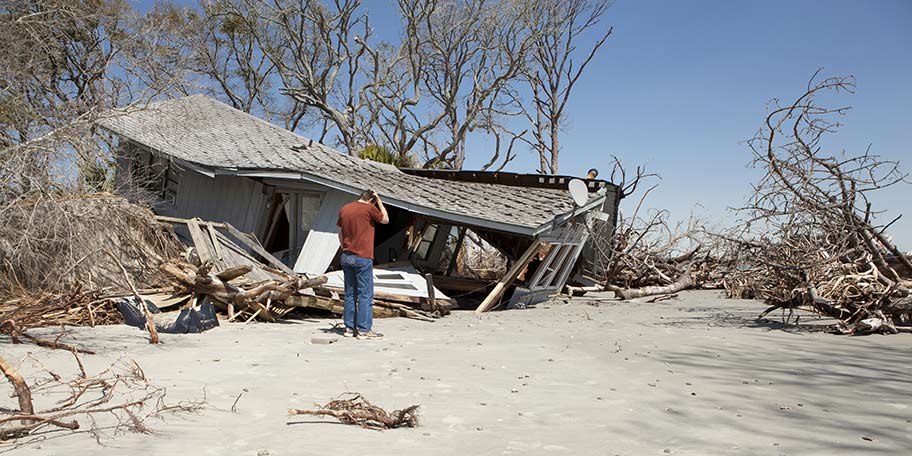 Poverty is a major factor in the death of victims of natural disasters, including those that are climate related, according to a United Nations report released on Oct. 13 in connection with the International Day for Disaster Reduction. The U.N. Office for Disaster Risk Reduction found that of the 1.35 million people who died in more than 7,000 disaster events, 90 percent came from low- and middle-income countries.

While earthquakes and tsunamis kill more people overall, the U.N. says “stealth” climate disasters are close behind as rising sea levels and global warming worsen extreme weather events. In fact, the organization says in 15 of the last 20 years climate-related disasters claimed more lives than earthquakes. But while natural hazards strike countries regardless of national income, it found the severity of the impacts are directly related to income and development levels, particularly when it comes to deaths: the poorer the country, the higher the number of disaster deaths there are likely to be.

Disaster damage could be substantially reduced with more resilient critical infrastructure and basic services, including health and educational facilities, according to the U.N. report. That’s the intention of its Sendai Framework for Disaster Risk Reduction, which calls for greater public and private investment in resilient infrastructure.  “Let us move from a culture of reaction to one of prevention and build resilience by reducing loss of life,” said U.N. Secretary-General Ban Ki-moon in a Disaster Reduction Day message.

Dig deeper on the disaster response story using the dozens of related resources in the Reporter’s Guide to Climate Adaptation database.

Know of other disaster-response-related resources we should include in our database?