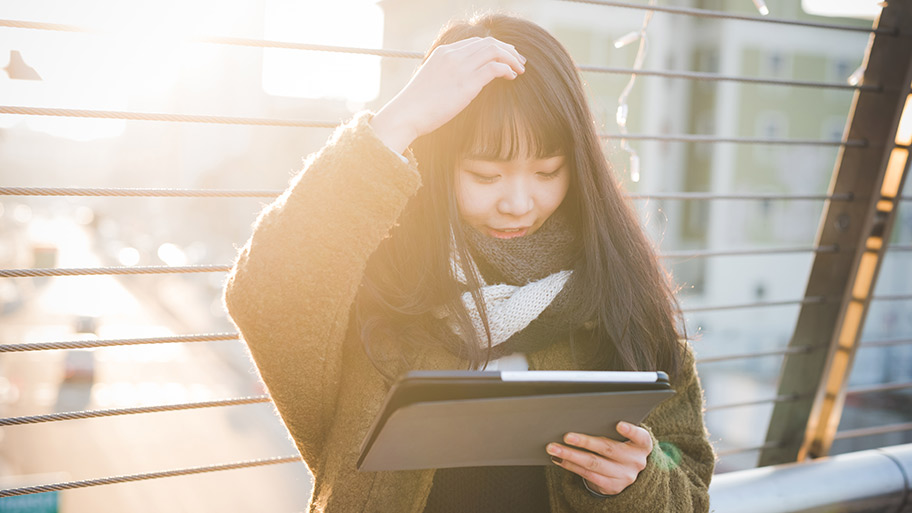 Millennials who designed their own long-form projects on cellphones as part of paper prototyping reduced the amount of text that appeared in their redesign by three-fourths and increased the use of infographics, video, and interactive images. Going forward, they said, the genre of long-form journalism on mobile devices should be even more visual.

Visual elements, such as photos, infographics, timelines, video and games have the potential to immerse users into geographies other than their own. Data become tangible. Stories become personal. The project also becomes more relevant. “It’s like the story is in front of you, not a recreation of it,” one participant said. “It makes it more real, like you’re there, versus someone just recounting the events.”

Visuals also attract readers to long-form projects, participants in all four studies suggested, allowing users to become aware of the project, choose to interact with it, and decide on their own how much time they will spend with it. As one eye-tracking participant said, “ [A] visual is always better at catching people’s attention. … I can look for two minutes, get the idea and move on.”

Participants in focus groups, who interacted with long-form projects first on laptops and then on cellphones, spoke about distractions that interfered with their ability to read the articles while on cellphones. Distractions included movement within the study location, the volume of the audio within the projects and the integration of ambient sound with some projects.

Functional purposes of the cellphone, such as texting, notifications, and calls — even when participants were asked to silence phones or turn off notifications — were sources of distraction. Distractions while participants interacted with projects on laptops were based on the design of the story, such as page backgrounds that held moving images or videos that played when users were not expecting it. Even so, participants frequently moved back and forth between cellphones and viewing the content on laptops, even when asked to refrain from using their cellphones during the session.

Like the traits of millennials themselves, some of our findings seem contradictory: Millennials are “me-first” but altruistic, confident but worried about their futures, and collaborative but not loyal. Our study showed that members of the millennial generation do read long-form journalism on tablets, cellphones and laptops, but they often prefer their information in visual packages.

Millennials want to read in order to understand stories that appeal to them personally, but they feel watching a video or viewing a photograph or infographic would all be quicker ways to learn what the journalists want to tell them. They like apps but they won’t take a chance on them if the content doesn’t grab their attention immediately. They want to learn about the subjects that interest them, but they are easily distracted, especially while interacting with such work on their cellphones. Yet, interest is not always required to draw in this audience. One participant who was not particularly interested in that topic said it offered users “something to do” on the phone, suggesting that, sometimes, an invitation to interact with something is all that is needed to motivate someone to read a story.

All four studies suggest that research into other audience characteristics besides age is needed. Beliefs, attitudes and cultural expectations all affect how and why millennials interact with this work. If digital long-form journalism has a future with this generation, it will have to adapt to their expectations and needs. The “long” matters much less than the “form.” This work should be relevant, visual, interesting, personal, usable, credible and fully interactive on the cellphone. News organizations that can produce this kind of digital work will benefit. Members of this generation will share, praise and interact with the stories that appeal to them. It doesn’t matter how many words it has.

Scrolling for Story: How Millennials Interact with Longform Journalism on Mobile DevicesDownload