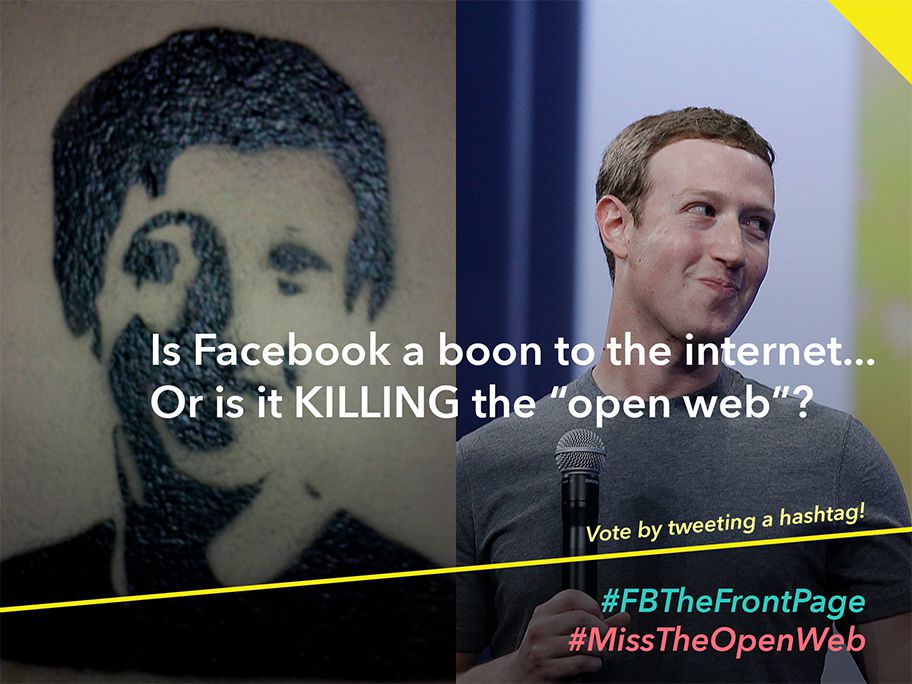 Team members behind a newly launched social debate application didn’t believe people had an adequate place online to share opinions about the latest news events and gauge support for their views.

This led Advance Digital’s incubator Alpha Group to create The Tylt, which lets people vote on news topics such as Apple’s refusal to unlock the San Bernardino, California, gunman’s smartphone. The Tylt poses a question; followers cast their votes on The Tylt’s website or on Twitter using one of two hashtags: #HelpTheFBI or #ProtectPhonePrivacy.

Currently, debates posted on commenting sections often just sit on the Web or get lost within a deluge of trolls’ comments, says David Cohn, senior director of the Alpha Group and a 2011-2012 RJI Fellow. Debates are happening now on social media, says Cohn, but the team will use its application to collect all the views and help visualize the debates in real-time using an infographic.

Other apps and sites allow people to vote on items, says Cohn, but they usually require people to download another app, share their email address or sign up for another service. His team wanted to provide an application that allowed people to tweet as normal and simply add the required hashtag.

“We wanted to focus on people’s natural behaviors,” he says. “They’ve already signed up on Twitter, Facebook and Instagram. They’re already using hashtags so if we could leverage that natural behavior then we could get meaningful engagement even if it’s not on our site or platform.”