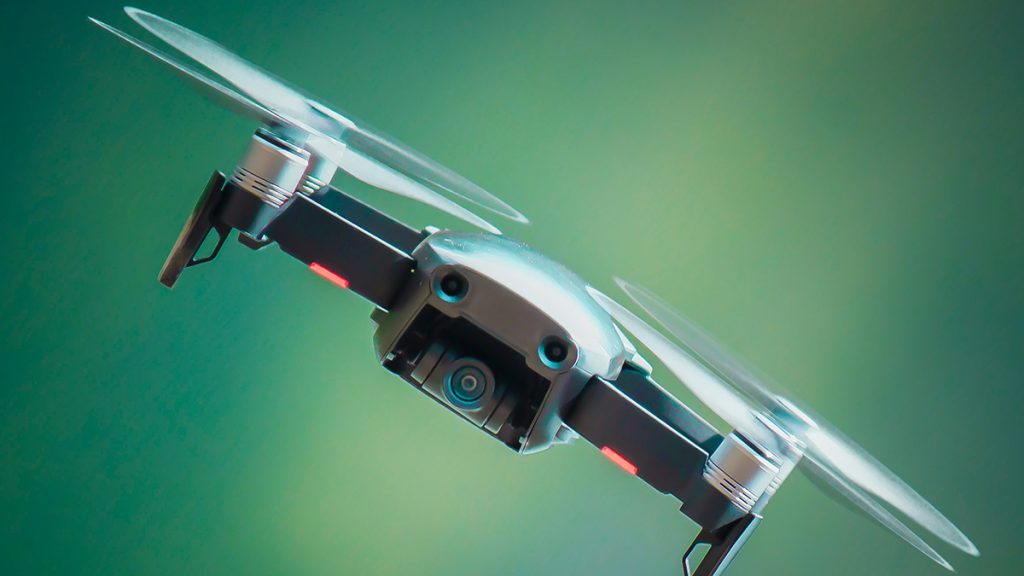 Things you can do to protect drone photography

State legislatures have been the battleground for new restrictions on drone use that could impact journalists seeking aerial photos and footage. While some particularly troublesome bills have gone down to defeat in Missouri and Texas, with the latter being struck down by a judge, other states have passed restrictions that will limit flights.

Missouri’s legislature closed its annual session in May without passing either of two bills that would specifically limit photography from drones. The more restrictive of the bills, HB 1619, would have prohibited using drones to capture images of private property. Specifically, as amended in committee, it states:

“No person shall use a drone or unmanned aircraft over private property to photograph, film, create an image, or livestream the property without the consent of the property owner.”

The impact of this bill would have clearly been devastating to news gathering with a drone. A simple shot of a city’s downtown would require ascertaining ownership and getting permission for the thousands of parcels visible in the images.

The bill doubled down on making it impractical to use drones for journalistic flights with the following clause:

“No person shall use a drone or unmanned aircraft to photograph, film, videotape, or otherwise create an individually identifiable image of another person without the person’s consent unless the person using the drone or unmanned aircraft is providing assistance to a law enforcement agency in cases involving state, national, or local emergency; state, national, or local security; or missing persons.”

As with the previous section of the bill, getting permission from everyone on the ground identifiable in a drone shot would also border on impossible in many cases.

Another, less restrictive drone bill stalled in committee in the house. But HB 1619 made it a good way through committee with only minor alterations. It failed to reach the floor in the full house for a vote.

In Texas, it was a law that had been on the books for nearly nine years that went down after a judge ruled the act of collecting images with a drone is protected by the same First Amendment protections as the publishing of those images. The law, Chapter 423 of the Texas Government Code, prohibited the use of drones to capture “an image of an individual or privately owned real property in this state with the intent to conduct surveillance on the individual or property captured in the image.” Law enforcement had been interpreting the law to prohibit newsgathering from drones at certain locations. The National Press Photographers Association (NPPA) brought suit in 2019, claiming the law abridged photographers’ First Amendment rights. Federal District Judge Robert Pitman ruled in the NPPA’s favor in March, citing the First Amendment protections, also stating that the law’s use of the word “surveillance” was too vague.

These recent victories in Texas and Missouri are blunted by action taken in other states that would restrict drone journalism in their jurisdictions. Among all states and Congress’ most recent legislative sessions, 168 bills addressed drones in some fashion. Most are still pending or did not pass, but a handful are set to limit drone journalists. Perhaps the most troubling is Oklahoma’s HB 3171, which echoes the Missouri and Texas measure with language like this: “No person using an unmanned aircraft system (UAS) or drone… shall… Trespass onto private property or into airspace within four hundred (400) feet above ground level with the intent to subject anyone to eavesdropping or other surveillance.” Oklahoma Gov. Kevin Stitt signed the bill May 16, and the law is scheduled to go into effect Nov. 1.  While a judge may also rule against this law, until that happens, it could seriously limit journalistic drone use in the state. Wyoming had a similar measure before its legislature, HB0128, that uses 200 feet as the altitude below which drones may not fly over private property without permission. That bill failed to move forward in this year’s session, as did Mississippi’s HB259, which would have put restrictions on nearly all flights over private property.

These bills seem to have a few things in common. First, they tend to focus on restricting drone flights over or near private property, specifically restricting images of private property and those on it. Second, the bills are often written in terms of preserving a person’s right to privacy. Finally, these are overwhelmingly partisan measures, sponsored in nearly every case by Republican lawmakers with votes often running down party lines.

It is worth noting that many of the state drone bills filed in the past year have been aimed at limiting drone use by law enforcement, but would not limit private citizens using drones — including journalists. In contrast to the bills limiting how journalists and others may use drones, these bills are overwhelmingly sponsored by Democrats, increasing the partisanship of this drone divide.

What can journalists do to fight state limits on journalists using drones? Here’s a list of grassroots actions anyone can take working in their state and nationwide to protect our rights to capture aerial images for our stories.

Keep an eye on the bills in your state

Drone journalists and their newsrooms should watch for any bills filed that would limit the use of drones. Those organizations with state capitol reporters should find this easy, but there are plenty of bill tracking options online to make this a simple task for anyone with an interest in this issue.

Speak to your state lawmakers

Once a bill is filed, journalists must speak to lawmakers to let them know the important part drones play in the public service our journalism delivers. It is often hard to go to lawmakers and take a side on an issue—that’s not typically our role. But we cannot assume legislators know the impact measures will have on journalists without speaking up for ourselves. Most of these bills carve out exceptions for the use of drones by certain parties. An amendment could add journalism as one of those exceptions.

Testify against (or at least about) the bills

In the hearings for Missouri’s HB 1619, only five people served as witnesses on the bill, with none speaking against it. Just as going to a lawmaker to take a stand can be uncomfortable for journalists, appearing as a witness can multiply that discomfort. But journalists have a specific use for drones that benefits the public and we need that on the record as these bills are heard.

Speak with state press and broadcaster organizations to gain support

Most states have their own press and broadcaster associations that are experienced in working with lawmakers to make bills more favorable for our line of work. These organizations are typically focused on the business landscape and may not be aware of bills that jeopardize journalism practices. Be sure to get to know the people in these organizations and keep them in the loop if a bill comes up that’s worth a fight. They often have lobbying capabilities built in and can take up arms to help in this cause.

The case that brought down the severe drone restrictions in Texas was filed by the NPPA on behalf of two of its photographer members in Texas. NPPA General Counsel Mickey Osterreicher is a tireless defender of drone rights, spending much of his time educating members about their rights to fly drones to capture journalistic images. He routinely works with journalists to craft ethical standards for drone use and help educate a new generation of drone pilots. Support of the NPPA helps make Osterreicher’s work possible and keeps this national organization fighting to protect and extend our rights.

Though it may feel like some of this drone legislation is a solution in search of a problem, often these bills start when drone pilots create an untenable situation for citizens who then reach out to lawmakers for help. We can protect our right to fly by not only abiding by federal and local regulations, but by being courteous pilots when working near the public. That courtesy can include informing people near flights of our plans, notifying public safety officials in advance of a flight that might generate a lot of attention and working hard not to annoy people on the ground while flying a mission.

Drones are still a novelty to many who see them overhead — and sometimes an unwanted nuisance. The calls for restrictions on where we can fly are not likely to end soon. All of us have an obligation to keep an eye on legislation and fight for our right to fly missions that serve the public good.