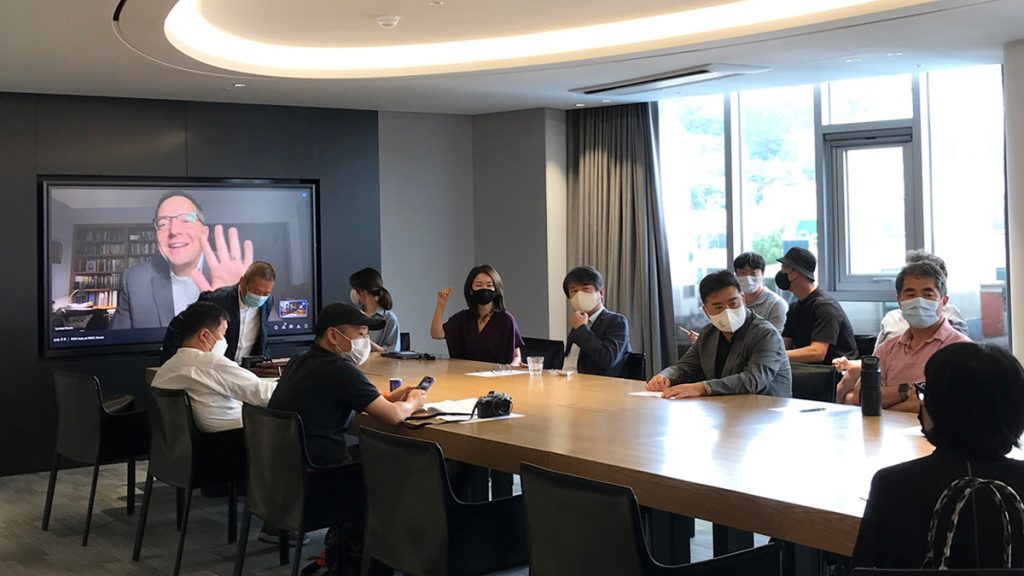 POY Asia, an official program of the prestigious Pictures of the Year International (POY) competition held by the Reynolds Journalism Institute at the Missouri School of Journalism, has concluded its second year of competition. But even after honoring winners from more than 20 countries, the program isn’t finished celebrating excellent photojournalism from Asia-based photographers; the first-ever POY Asia exhibition has opened in Seoul, South Korea.

“Show truth with a camera” — a 50-print exhibition designed to emulate POY’s founding 50-print exhibit in 1944, with the title itself a quote from POY founder Cliff Edom — opened July 13 and runs until Sept. 3 at Mindful Art Forum, a private gallery in Seoul. Showcasing award-winning images from this year’s POY Asia competition, the exhibition is the brainchild of Suejin Shin, who owns Mindful Art Forum and served as a judge in last year’s inaugural POY Asia competition.

Co-directed by POY director Lynden Steele and Singapore-based photographer Kay-Chin Tay (who also serves as co-director of POY Asia), Steele said the exhibition is a demonstration of the fusion between visual art and journalism that makes photojournalism an impactful force around the world.

“The images in this exhibit represent some of the biggest stories in Asia today, including the American military leaving Afghanistan, the political challenges and protests in Myanmar, and the exhausting second year of COVID-19,” Steele said. “While the journalistic value of this exhibit makes it a good ‘document of record,’ its photographic aesthetic is what gives it power. The poetry of these images preserves the emotions of each moment and catapults us directly into the story.”

For both the exhibition and the competition, Tay has taken the lead. For the exhibit, he coordinated efforts between the gallery and sponsors HP Korea and HP Singapore. Steele delivered a virtual welcome to attendees of the exhibition’s grand opening and panel discussion at 1:00 a.m. Wednesday from Columbia.

The decision to stage the exhibition in Seoul points not only to the growing significance of photojournalism in the city, but to Seoul’s massive Mizzou alumni presence. In fact, the city is home to the largest Mizzou alumni group anywhere outside the United States. The ties between the university and South Korea are so strong that, earlier this year, Mizzou became an official overseas polling location for South Koreans to register absentee votes in the nation’s presidential election, which took place in February.

For Steele, the exhibition presents an opportunity to highlight the role of photojournalism in Seoul’s innovative media and technology landscape.

“This exhibit showcases photojournalism throughout Asia, but the value of having it in Seoul has been to spark discussion about photojournalism in Seoul,” Steele said. “There is a lot of talent and media interest focused in Korea, and this acts as a springboard for bringing the photojournalism perspective into that discussion.”

POY Asia is the newest program of POY — itself the oldest and most prestigious photojournalism competition in the world — and was founded in 2020. Across 10 categories, POY Asia’s annual competition recognizes the work of photographers working and living in Asia. Photographer of the Year, Asia, is the competition’s top prize, and in two years of competitions the prize has been awarded to Philippines-based documentary photographer Ezra Acayan and China-based Ukrainian photojournalist Roman Pilipey.