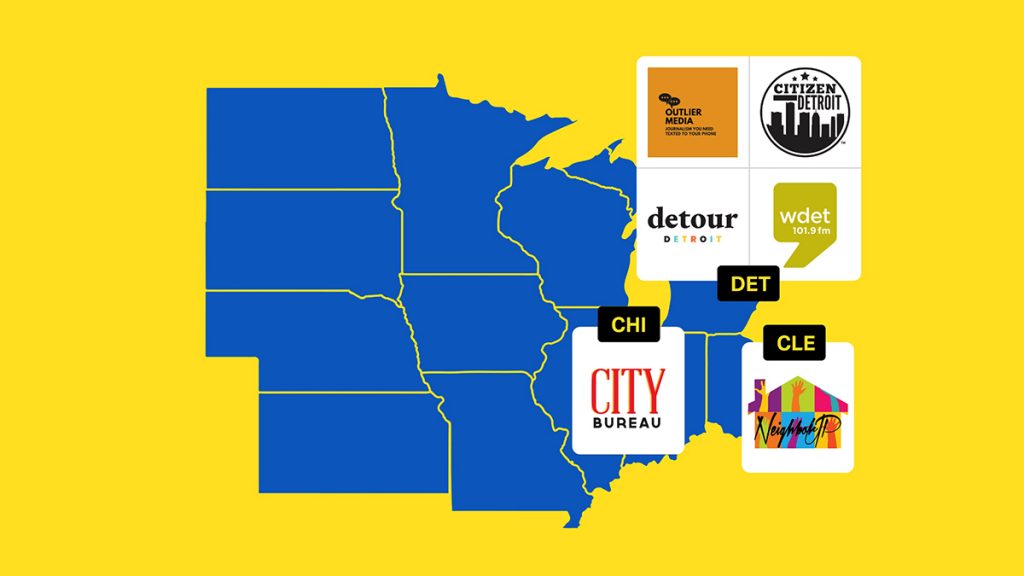 Last month, I wrote about how a successful journalistic collaboration between Prison Journalism Project, our writers and outside publications depends on a shared understanding of our journalistic values, principles and approach to ensure that our writers fully understand and accept the responsibilities and ramifications of the work they are doing for PJP.

In creating the necessary resources and training material, I wanted to incorporate the best practices of organizations working with community reporters, so I turned to Darryl Holliday, one of the founders of City Bureau, a nonprofit civic newsroom based in the South Side of Chicago.

Darryl runs the Documenters program, which trains community members in the tools of journalism and sends them out to cover local government meetings. The program was founded six years ago to address the lack of diversity in the newsroom and bring more accountability to local city governments.

The Documenters are different from PJP in that their reporters don’t write articles. They primarily contribute to a daily newsletter, they live tweet, and their reporting is sometimes used in a journalist’s article. The Documenters also conduct their training in person, whereas our main means of communication with our writers is via postal mail because people in prison don’t have access to the Internet. By necessity, any training and resources we provide has to be in writing.

But the essence of what we’re trying to do is similar — both our organizations work with non-traditionally trained journalists to make media coverage more inclusive, and we try to shed light from inside the community on areas that are under-represented or not covered at all.

Darryl told me that the Chicago Documenters program has trained about 700 people over the years. It has also expanded into Detroit and Cleveland, where they’ve also trained a few hundred more people. They hope to eventually spread the program into every major city.

The following is an edited excerpt of our conversation.

What do the documenters cover?

They cover local government through the meetings. They go to the city council, but they also cover the advisory council and the subcommittees. The question we’re asking is, “Can we ensure that there’s transparency, visibility and accountability in the universe of local government in any given place by engaging people in the process, which includes training them?”

The age range of documenters is 16 to 79. People look like the city that they’re in, which takes a lot of work.

The top reason we hear is that they want to be of use to their community. They’re seeing things that are happening, but they don’t always have the tools or the route, the access or the mechanisms to do anything. Documenters give them a mechanism to wield some level of power.

Some want to learn some new skills. It’s almost like adult education. Who is teaching you after you get out of high school or college how to engage with civil society in an actionable way? Other reasons include wanting to make some bucks to pay a phone bill.

How do you ensure that the documenters are diverse and reflective of the community?

Outreach, which goes back to the training. We could put up information on trainings on Twitter, and we’d get whiter, wealthier people, relatively speaking. They may have newsroom experience or they’re freelancers. But that’s not our goal.

We think about who we are hosting trainings with. Can we host training with organizations that are in communities with more people of color? We partner up with a lot of different organizations, and we might train in their space to make sure that people coming into the pipeline are representative of the communities that we want to be serving.

Can you talk a little bit about the training process? Let’s say that I want to be a documenter. I submit a form on your site. Then what happens?

You would start getting emails on upcoming assignments, but you wouldn’t be able to take a paid assignment until you attend an orientation. The content varies city by city, but the first training is typically called “Covering Your Local Government.” The training includes an overview of the organization, practical reporting and other skills-based workshops. They learn things like the Fair Report Privilege and what is the open meeting law. We pair people up and have them watch five minutes of a government meeting and take notes, and we do a live feedback session. Our training is meant to build some bonds across the Documenters network.

It’s almost like adult education. Who is teaching you after you get out of high school or college how to engage with civil society in an actionable way?

What kind of training do you do specifically on journalistic principles like truth and verification, news, literacy and the higher meaning of what they do?

A lot of people need practical experience before those things begin to make sense. We’re not pushing off the value of news literacy, but when it comes to bringing people in who don’t really have much engagement with journalism, that’s not exactly the place to start.

I think what we end up doing is really trying to just connect the need for this work and put it in context. We explain how the media is in a crisis. Journalists can’t cover all these meetings. If decisions are made at these meetings that are important to people like them, their family, their neighbors, they should engage in this work.

Once we set that bar, we guide documenters into understanding that we want them to be civically engaged.

How do you communicate this explicitly in the training sessions?

I think people get it much more quickly than journalists will give them credit for. We’ve had over 1,500 meetings covered. I can count on one hand the number of times that we’ve had to interfere because a documenter was either too opinionated or editorializing too much. If the training is done right, people understand the work and the value of the work. You don’t have to have them distance themselves from their own opinions and experiences.

How do you maintain quality control?

The training is key and the editing is also absolutely key. In each location, there is typically a producer role, so someone who is reviewing the documenters’ work, editing it and also creating a newsletter. We have a daily newswire that we produce, and our producer reviews all the documenters’ content.

How do you deal with fact-checking? How do you handle situations where they’re at a meeting, and somebody says something that is wrong. A trained journalist would recognize that they need to do their own fact-checking.

The Fair Report Privilege covers anything, even if someone says something wrong if they think they’re right. Still, we have an editor who does fact checking. If something looks off, they’re going to take a look at it. But we do tell journalists at the end of the day that if they’re going to use this work, they still need to fact-check like they do with anything else.

When journalists are covering a meeting or an event, it’s not always a comfortable situation. Your documenters probably don’t need conflict training, but how do you train them about their rights and how to handle a contentious situation?

It’s happened. We give them laminated cards that fit in a wallet, and they have language on the back that they can use if anyone asks them what they’re doing there. The card basically says I’m a documenter trained to monitor public meetings in the public interest. My work is made publicly available. It’s short. Three sentences.

We also go through that a tiny bit in the orientation. We tell them, “Don’t get into an argument. You have the right to be there.”

What’s the most common challenge that you’ve had to tackle with participants?

Any problems that we end up seeing can usually be traced back to whether we need to workshop a part of the training to make sure that everyone is getting the same information, they understand it and they have a chance to try out this work before they have to do it live.

That’s a big thing with documenters. I may feel like they are prepared, but they may be a little scared to do it for the first time. So we need to make sure that people feel prepared not only in their skills but are also prepared mentally to take on an assignment.

There’s a sense that journalists do journalism and people consume journalism. That’s part of the culture, right? So we try to get people to think that it doesn’t have to be that way. The idea, that you have the agency and the power, and you are equipped to do this work as well, is a mindset shift both for journalists and non-journalists who do this work.

It’s really about opening up that space to make sure people feel they are not less than, incapable or inadequate when it comes to sharing, providing and distributing accurate information.

What do you think is the difference between a documenter and a journalist?

In actuality, there isn’t a difference. But I am very interested in carving out tasks for information that are not purely journalism. The culture of journalism is you go to j-school and you’ve got to work at a place like The Chicago Tribune. You’ve got to slog, working at the crime desk for three years before someone gives you an opportunity to do a feature story. Some of that is the professional industry protecting its own power.

In a lot of ways, I don’t think the functional difference is there, but I like that we have this other word for it because it says this is the work and it is for you. I think journalism with a capital J often says to  people, we are journalists. You are readers. It’s not for you, it’s for us.