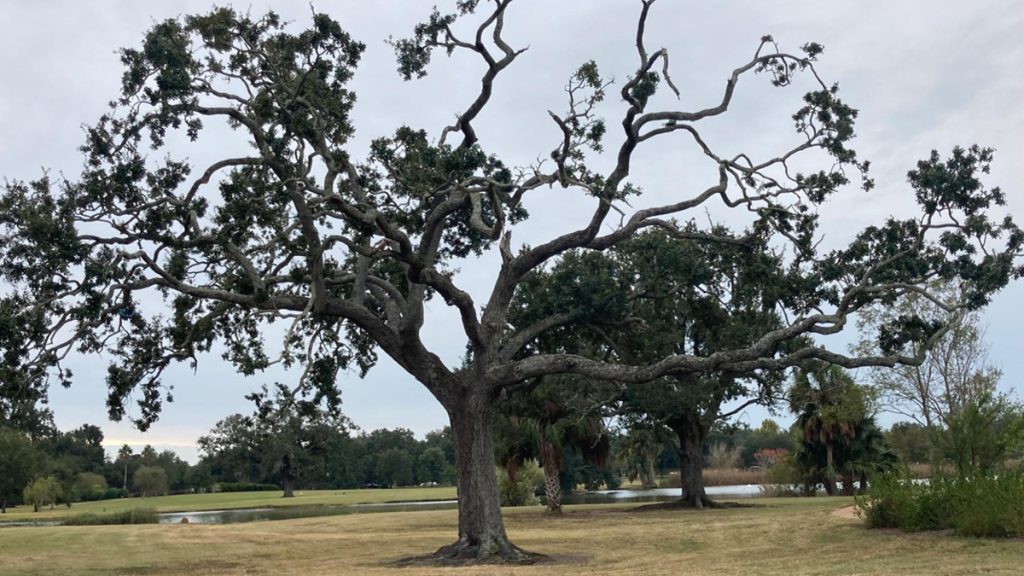 An inevitable result of arriving in a place where national media have swarmed a community is meeting weary and wary people reluctant to talk. They are understandably suspicious of our intentions. Sometimes journalists amplify certain voices over others, creating competition among residents of the community submerged in both local and national media attention. Journalists often talk to the loudest voices, the ones perceived as the leaders, or those who can provide a quick, compelling quote. Then the news coverage can have unintended consequences like suspicion, caution, and the creation of conflict between residents.

Conducting research after the non-local journalists have packed up and left is no easy task. While I am from the surrounding area of New Orleans, where I am conducting oral histories with residents and activists, I don’t live here now. At some point, I too will pack and leave. Certainly, many journalists already practice equitable forms of storytelling. In disaster coverage, however, journalists often rely on news gathering methods that can have detrimental consequences in impacted communities after we leave.

In coverage during and after climate and environmental disasters, stories tend to feature villains, protagonists, apocalyptic narratives and chaos. Catastrophe becomes the lens through which we see the community. But there is another way. Solidarity journalism strives for solidarity with vulnerable communities of color.

In these particular circumstances, I express to interviewees that I care about telling a story that reflects how they see themselves. My interview questions ask them what they deem relevant, what they want the rest of the world to know about their community, and what they see in their futures. In emphasizing how people frame their own experiences, I can begin cultivating solidarity with vulnerable communities.

National outlets generally have a mentality that they already know what’s happening, and they just want to know how it’s playing out at the local level rather than really paying attention to what’s happening, which is partly why this has been such a ‘sexy’ place. There’s been increased interest in climate coverage because national outlets see this as being on the front lines of the climate catastrophe in America and in the world, which is true to an extent, but I think that narrative has risked evading the role of capitalism, greed and extractive industries like oil and gas and chemical production.

I didn’t necessarily see [journalism] as such an extractive industry when I started. I thought it was more a public service. I also imagined . . . it was up to people to decide what to read, and it was just my job to give them the information. Then, the Internet became a really big thing. You start to learn that in fact you have to be a bit of an entertainer too, and so that made it feel like the narrative was so important to get people’s attention. Then [that] puts pressure on you to push for the most compelling narrative, which then makes you push people who have been impacted by things to give you emotion, which then makes you happy when you get someone crying on tape. Feeling happy when someone cries on tape doesn’t seem like a good way to be. It feels more extractive and less helpful. And a lot of the reporting that I do inevitably, even as an editor, feels small minded.

In coverage during and after climate and environmental disasters, stories tend to feature villains, protagonists, apocalyptic narratives and chaos. Catastrophe becomes the lens through which we see the community. But there is another way.

Lee’s testimonial affirmed many of the experiences other journalists shared with me. Journalists also shared practices they have adopted to correct for extractive journalism. Reciprocity was one theme that emerged in my interviews.

Mary, a local environmental justice journalist, highlighted some news gathering approaches she has adopted to give back to the communities she covers:

It’s important to start changing the dynamic as a journalist with how you’re talking to residents and how you’re sharing their stories. So that’s kind of what I’ve been trying to do . . . What I try to do when covering a community is visit with them and talk with them more often than I’m actually covering them. Not every conversation is for a story. And also [I] mak[e] sure, in my conversations with them, I ask them what’s important for them to be shared and what are they doing to address an issue. Often, [journalists] just focus on how this area has a big problem. But a lot of times, community leaders actually have very clear goals, ways to solve these issues that aren’t being addressed, or things that they’re already doing. So I try to include those initiatives in my reporting to show the agency that each community has.

I try to be more open with them about the reporting process. I’ll go back and [ask] is there anything that you’re uncomfortable with that you said. I’ll read back to them. This is what I’ve said in my story. Is this something that you feel like you actually said or what you intended to say? A lot of times they’re not used to being spoken to by the media, so being able to give them that opportunity also helps to build the trust between us.

Also, I view these as reporter powers. Oftentimes, government officials will give you more information than they’re giving to the community. So I try to, at least in my stories, find some sort of snippet that maybe the community hasn’t been able to find out for themselves, so that my reporting is actually helpful for the community, not just the people outside the community who are reading about the issue.

Drawing from my interviews with local environment and climate reporters and residents, I offer a few tips for rethinking disaster coverage and climate reporting and utilizing solidarity journalism practices in your own work: