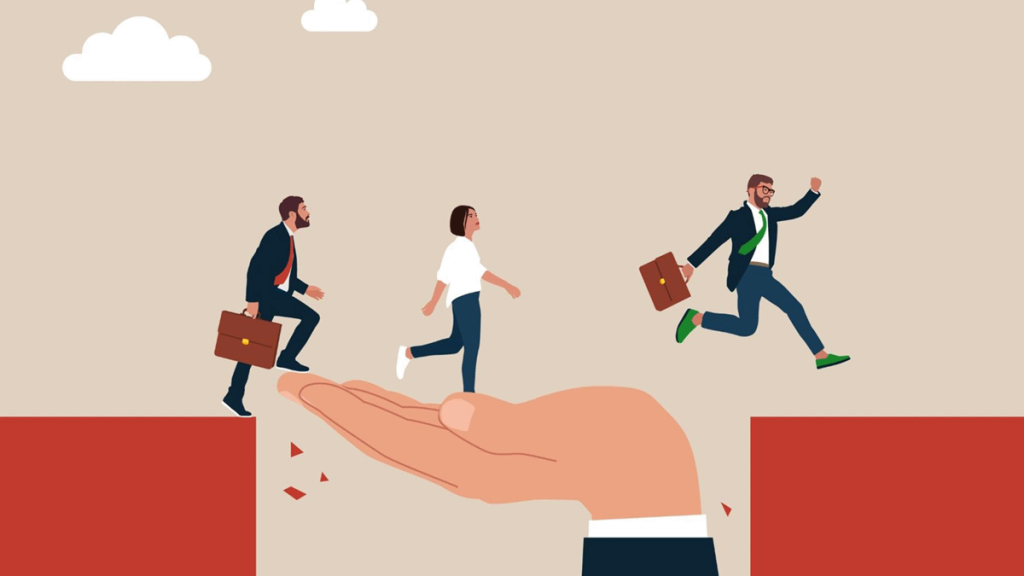 Leadership transitions can look quite different, depending on the health and viability of the organizations where they take place. But in all cases, transitions are a time to reflect on the existing state of an organization and to imagine its aspirations for the future: What works and should stay the same? What changes are needed to make the organization better and to help it meet its goals and achieve its mission?

That process of reflection takes time and shouldn’t be rushed. What comes of that deep thought can inform the skills and temperament that a board or other governing body would seek in a new executive. And the search process itself can take time — up to six months to a year, depending on what an organization needs in a new leader and how far-ranging the search is. Not all executives can (or want to) give that much notice — whether they are retiring or moving on to their next opportunity — which can create a gap in leadership.

So even in the best of circumstances (e.g., not an emergency), the time between when a leader announces their departure and a new person steps into the role can cause tumult and deep feelings of uncertainty among staff inside an organization. People served by the organization, as well as funders or other backers, want reassurance about how the organization will be able to continue functioning and fulfilling its obligations in the absence of a permanent leader.

It is into this uncertainty that transition leaders bravely walk.

So, who are transition leaders? Generally, they fit into two main categories, according to the nonprofit board leadership, research and consulting firm BoardSource.

The first is a leader who comes from within an organization, someone who is a senior manager with deep knowledge of the inner workings of a place. They already have relationships with staff, partners, communities and funders, investors, advertisers and/or sponsors, and they can provide “bridge leadership” as an executive search is under way. In this role, they handle the day-to-day activities of the organization.

BoardSource materials call this person an “acting” leader and specify that in this scenario, internal candidates for the executive job are accepted — including the acting leader themself. “If not offered the position, he or she typically will go back to the previous role on the staff when a new chief executive is appointed.”

The second type is a leader from outside the organization, someone with many years of experience as an executive or other top leader who can bring fresh eyes to the organization and help shepherd it through the bridge period. BoardSource recommends that these interim leaders not be considered for the permanent position. Instead, their role is to oversee the day-to-day affairs (as with an acting leader) but also to build “the platform for the permanent successor.” (This handy chart from BoardSource includes a nice breakdown between the two types and also includes the third.)

Each type of bridge leader has its pros and cons. Acting leaders have an advantage over interim leaders in that they already know how their organization works. In the case of news organizations, they would have a strong sense not only of the internal operations but also how the outlet serves its communities, what communities want from it and expectations from funders and other revenue partners. That trust — which an outsider would not have — can be key to maintaining the confidence of internal and external stakeholders.

Interim leaders help the organization commit to the new direction and the new leadership and make sure that we’re providing [the new executive] with a strong foundation.

Deputy directors or editors are often a natural fit to play this role, and appointing an acting leader from within might save the organization time and money from having to recruit and hire (even temporarily) an interim person from the outside. (It’s important to note that acting leaders should receive additional compensation for the added work they will take on during this bridge period. Boards and other governing bodies should make space for the acting leader to negotiate that temporary salary adjustment before taking on the new duties.)

But as Colleen Bozard, a former executive director, longtime nonprofit board member and current executive leadership and board governance consultant, shared with me, she cautions organizations against putting an acting leader in place and asks them to think through the short- and long-term implications of doing so.

“You’re asking a staff person to do their job plus somebody else’s job, and that’s pretty unrealistic,” Bozard said, adding that a lack of clarity in roles can make it challenging for an acting leader to be successful and cause burnout.

The benefit of interim leaders, from Bozard’s own experience having played that role, is that they can be singularly focused on the change management aspect of the transition. They have limited time in the role, a clear mandate and they don’t have a personal stake in the executive search.

“Interim leaders help the organization commit to the new direction and the new leadership and make sure that we’re providing [the new executive] with a strong foundation,” she said.

In the course of exploring transition leadership, I compiled a list of key characteristics that make for good bridge leaders. These are a few that came out of discussions with people who have served in these roles:

“It is a very strange position to be in, and it is not a position to be in if you are looking for your job to validate your ego. It is a leadership position with all of the responsibilities yet none of the public recognition of being the leader of an organization. All the good you do is internally focused,” said Kate Myers, currently the interim CEO at nonprofit news organization The Markup and the former acting CEO at the Center for Public Integrity.

Ability to see the big picture

“You’re looking for somebody who is really good at taking a systemic view — of looking at all pieces of the puzzle and then being able to drill down into the specifics,” Bozard emphasized.

Capacity for instilling confidence and trust

“There’s a thing about the leader being the calm center, and chances are you’re going to be coming into turmoil. Being authentic is really important,” said Tom Livingston, who has served in a number of interim CEO roles in public media and is founder and CEO of Livingston Associates, an executive search firm for public media.

“I also really think they have to be relatable as I think the staff have to be able to — and the board — have to feel comfortable coming to the person,” Bozard said.

“You know, one of things I say about coaching is that it’s not the great answers you have, it’s the great questions you have. It’s also an important way to enroll a staff. I can tell you every single staff, when you say, ‘What is it you need?’ One of the things they say is, ‘Not a micromanager, and we want somebody who will listen to us before they start doing shit,’” Livingston said.

Comfortable in an unstable environment

“We always say when you’re in a leadership position, you have to be comfortable with discomfort. This is like that, times 10,” Myers said.