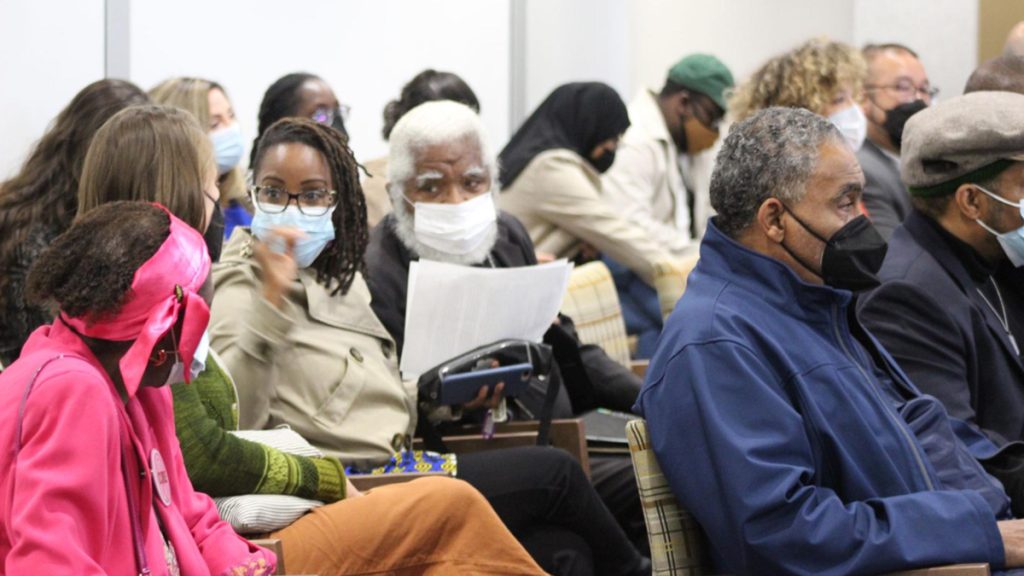 Detroit’s most recent primary election this past August was packed with candidates but just 15% of registered voters showed up to choose between them. It’s now a mathematical impossibility that the officials elected in November can represent a majority of the city. It’s also hard to believe they’ll be very concerned residents will show up to hold them accountable during their terms if fewer than one in six Detroiters show up every few years to vote.

The problem isn’t (just) elections. News organizations can and should more consistently encourage people to vote and be more curious and rigorous in understanding why so many of our neighbors don’t. To point out the obvious reason why, with large numbers of people being unwilling or unable to complete the small civic task of casting a ballot every few years, there is an alarming disconnection between most people’s daily lives and a healthy civic life for all of us.

Many of us working in news — those of us with the necessary degrees of separation from Fox News at least, and especially those squinting at our cities and towns from national news’ highbrow flank, want to believe we’re doing something to shore up an American democracy in decline. The voter turnout numbers in Detroit and across the country should feel like a stinging rebuke that even healthier midterm election numbers this November shouldn’t assuage. The problem is not voting, it’s participation and representation more generally.

As Cierra Hinton recently reminded us all, if we admit the state is failing many of us, we can become more comfortable with using media as “a liberatory tool” to help communities construct a civic life that meets their needs.

But newsrooms are accustomed to separating themselves from civic infrastructure and making the switch to helping rebuild it is more unfamiliar than it is difficult.

Lynelle Herndon and Noah Kincade are two people who know how to use the skills and resources newsrooms have to support more people incorporating civic participation into their daily life. Perhaps unsurprisingly, neither Herndon or Kincade has a background in journalism.

Herndon and Kincade were both Documenters before we recruited them to run the program together. The number of Detroiters involved keeps growing and the projects the Documenters organize among themselves reach far beyond meetings. They’ve put together a voter guide, cleaned up city parks together and are about to descend en masse upon the city bus system to gather more data and insight on what makes the system such a challenge for so many Detroiters. Herndon and Kincade have helped hundreds of Detroiters make civic engagement a regular practice.

Here’s what they suggested for newsrooms looking to start supporting civic engagement efforts:

Herndon: We need to take a step back. I would like to see more community listening going on.  We hear “Get out the vote.” But people are asking, “Why should I vote?” and we really don’t answer that question.

Alvarez: It’s clear that when people show up it changes behavior. That is true of elections but it’s also true between them, right?

Kincade: Here’s an example from this week. The City Council president, right before the meeting got started, made an announcement saying she was making sure extra chairs got rolled out and that there would be as many chairs as could fit in the room.

This was not because she just thought of it. It’s because only 15 people could be seated in that room previously and elderly people were forced to stand in the hall. And we talked about it, and other news organizations talked about it — but only because people asked to be involved more and we helped them get heard. Now there are an extra 30 chairs.

Herndon: And beyond the watchdog part is that we all want the government to work. To take an example from my community garden; when volunteers consistently come out and want to participate it keeps me going and keeps me motivated.

Government officials are people with lives and jobs and they can easily get burned out. Showing up also shows them that you care and are listening. It can motivate them to do the right thing, to bring out the chairs in this case. And for the Documenters or any member of the community showing up, the more you go the more you learn and the more comfortable and empowered you will feel and be. There are so many reasons that just showing up is powerful.

Alvarez: What do we need to transition from the cycle we’re in where not enough people are civically engaged and some of us complain that nobody cares to a virtuous cycle of people showing up and everyone being more motivated and accountable?

Herndon: Even if you don’t have a Documenters program you can still share your tools. You can still show people how it is you do research and you can lift up when people take it upon themselves to help each other out. For example, one of our Documenters made a short little one-pager to help people understand how to make a public comment at a meeting. It’s helpful when people remember what it feels like to be an average person who doesn’t need to show up and to make it easier for them. Documenters have felt empowered to attend and report meetings on their own, and that’s really the goal.

Kincade: You don’t have to have a Documenters program to just involve people in this work. We are building an army of engaged citizens who can help collect and share information to improve our lives. Just do it. Get out of the newsroom and get to where people are.

Alvarez: So what can any newsroom do to increase civic engagement?

Kincade: They need to be more clear in how to involve yourself civically. They could literally end every piece with a few bullet points. Ask, ‘does this subject matter to you? If it does, there is a meeting coming up and here’s how to attend. You could also join this group that cares about this issue.’ We need to help people understand there are so many opportunities to do something.

Herndon. They need to create opportunities that let people know they are valued, and that newsrooms aren’t just trying to use you for your ‘experience in the hood’ but create ways to participate.

If you have more questions about how to start developing a practice of civic engagement in your newsroom, reach out to noah@outliermedia.org, lynelle@outliermedia.org or max@citybureau.org.